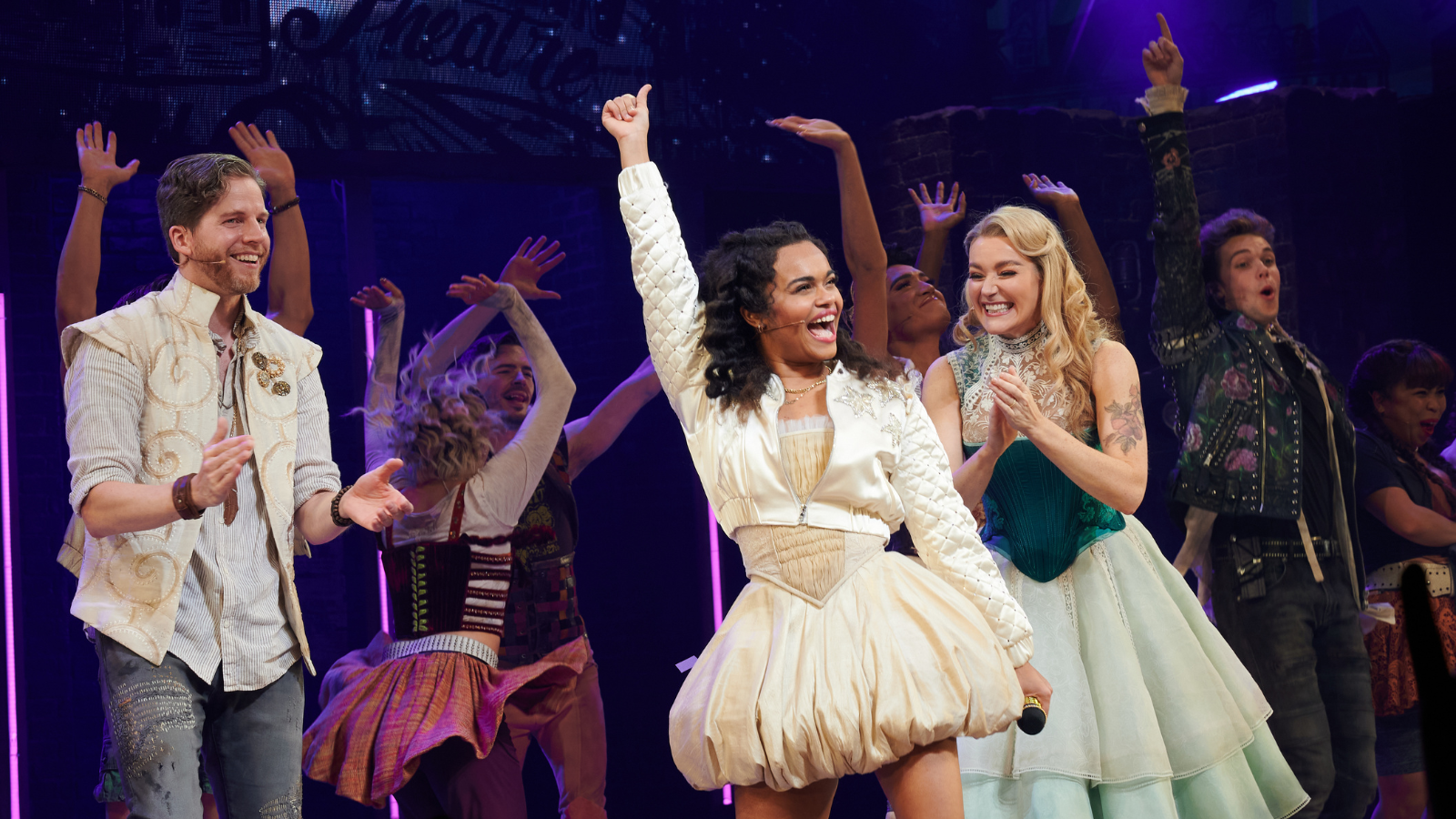 5 & ​​JULIET Songs That Are Flipping the Script of Pop Music

There’s a new sound on Broadway, though millennials might know all the words. That’s right, the new musical & Julietfeaturing pop songs made famous by the Backstreet Boys, Britney Spears, Kesha and more, is now premiering at the Stephen Sondheim Theatre.

Luckily, there’s already an original Broadway cast recording. With a score by Max Martin (who wrote hits like ‘Oops…I Did It Again’, ‘Teenage Dream’ and ‘It’s Gonna Be Me’), pop music fans are in for a treat.

The twist in & Juliet is that the songs are integrated into an all-new Romeo and Juliet story that asks “what if Juliet hadn’t killed herself at the end?” With this change in mind, Theaterly decided to pick the five songs that sound the least like their original versions. Check it out below.

‍“I want it this way”
‍When Anne Hathaway (not this a) reads William Shakespeare Romeo and Juliet, she is less than thrilled. Rather than making this tune about five men singing their feelings in a huge airplane hangar to an invisible woman, the Backstreet Boys song is now a duet (sung by Betsy Wolfe and Stark Sands, no less) highlighting a partnership creative – and a wedding – on the rocks.

‍“I am not a girl, not yet a woman”
This song might be the musical’s most prolific contemporization. When May (Justin David Sullivan) finds herself being abused in a bathroom, they burst into this number. By framing the song through non-binary interpretation, it shows what music can do with stories old and new.

‍“Overprotected”
‍Yes, there are two Britney Spears songs on this list but only one of them incorporates a harpsichord. Sung by François (Phillipe Arroyo) and Juliette (Lorna Courtney), the song doesn’t really change in its lyrical rendition like the other songs on this list, but it’s that instrumental shakeup that I can’t get my head out of.

‍“Teenage Dream / Break Free”
What happens when you take two major bops from the 2010s and turn them into a duo? You get double the fun, duh! Without giving too much away, the context behind this song is quite romantic, making the two songs less of a self-reflection and more of a direct address. It’s a fun twist that you don’t see coming.

‍“It’s like that”
‍Somehow, a stripped down version of this Celine Dion empowerment anthem makes it even more powerful. Sung by Anne Hathaway and Juliet near the end of the show, the song maintains its “you can do it!” attitude. Don’t worry, that amazing bridge is still there too.