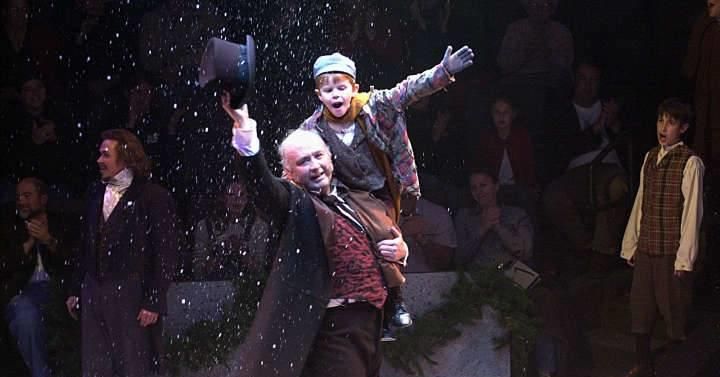 With the Hale Center Theater seating capacity limited to 25% due to the pandemic, the venue is now following a long-standing tradition in cinema.

Starting December 11, the theatrical production of “A Christmas Carol” – now in its 36th consecutive year – will screen in most Megaplex theaters in Utah from Logan to St. George, and will also be available to stream on Broadway. on Demand, according to a press release sent to Deseret News.

â€œSeeing ‘A Christmas Carol’ on the big screen will bring so much joy and hope this holiday season,â€ said Sally Dietlein, executive producer and co-founder of HCT, in a statement. “For so many people in our community, it’s just not Christmas without seeing this production.”

The Hale Center Theater’s adaptation of the Charles Dickens classic incorporates the actual text of the 1843 story – an effort led by the late Richard Wilkins, a BYU law professor and Dickensian scholar who for decades played Ebenezer Scrooge until his death in 2012.

The next film version stars David Weeks as Scrooge; Conlon Bonner as Dickens / Fred; Jonathan Fifield as the Ghost of the Christmas Gift; Anthony Lovato as Bob Cratchit; Mia Bagley as the Ghost of Christmas Past; and Matt Kohler as Jacob Marley.

Tickets are available on MegaplexTheatres.com and in person at the ticket offices. Tickets for some in-person performances of “A Christmas Carol,” which runs through December 26 at the Hale Center Theater, are also available on the theater’s website.

After 106 days of closure due to the pandemic, the Hale Center Theater reopened at the end of June. Since then, the theater has hosted more than 140,000 guests with no known cases of the spread of COVID-19, according to information given to Deseret News.

In July, the theater temporarily suspended production of “Mary Poppins” after two team members tested positive for COVID-19, the Deseret News reported. A week earlier, an actor in the production had also tested positive.

At that time, the theater – requiring all patrons to wear masks – was seated at full capacity, which was in line with the Salt Lake County Department of Health, according to the Deseret News. A few months later, the theater moved to meet updated local health guidelines, now limiting attendance to 25% of capacity.

â€œThere is such joy with customers that we can be back at the theater,â€ Dietlein told Deseret News when the theater reopened in June. “After what everyone has been through, just kind of a real squatting situation, I think people feel so relieved to be able to start doing the things they love again.”