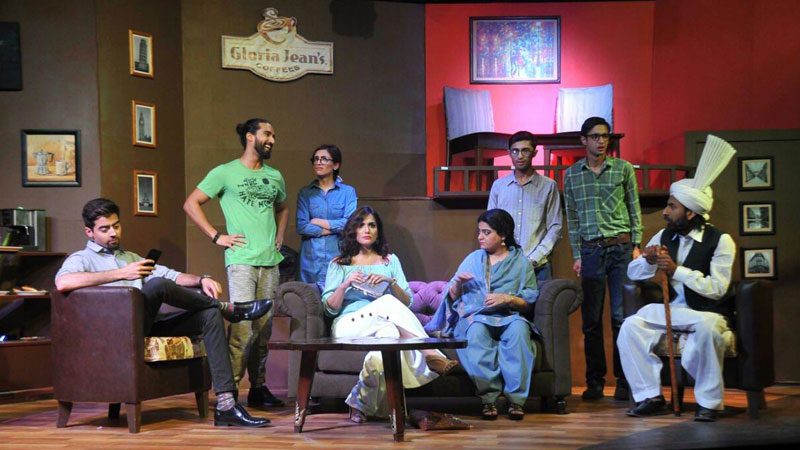 The lights go down, the stage is set, we are in a CafÃ©. Three best friends are on a mission to help one of them win a girl’s heart – Mayhem ensues.

‘Aapka Matlooba Number’, a play by All40ne Productions, is currently showing in Islamabad through May 14, soon in other cities, it is about millennials, although certainly entertaining for older and younger too. He tries to analyze infatuation, Love and its traps. While much of the humor is ludicrous, there is a subtlety and depth to the dilemma of male-female relationships and parents in Southeast Asia.

Timid Taimur played by Affan Mir is head over heels in love with glamor Zara (Mariam Saleem – Some Like It Hot, PaunayChaudha August, Art by Yasmina Raza). Flamboyant Yasir played by SalmaanShaukat (Verna, Parchi) clumsy genius Babar (Omer Abdullah – Zard Paton ka Ban) and down to earth Maria (Marjan Fatima Bokhari) are Taimur’s staunch friends who will move and climb mountains and hilariously stumble on themselves to support their friend on this seemingly impossible mission of winning love.

The fourteen-person ensemble cast is hilarious to watch and the comedic timing is on point. The audience burst out laughing throughout the play

The fourteen-person ensemble cast is hilarious to watch and the comedic timing is on point. The audience burst into laughter throughout the play. Saiqa and The Anonymous Server were played by experienced actors Xenia Abid and Moid Aslam Rajput respectively. Ramis (Unas Khalid) and Chaudhry Sahib (IsrarulHaq) and his wife (Bushra Yamin) and Hina Hathori (Sanwa Ali) also did their roles justice.

Co-producer and co-writer Hassan Jawad Rana shared his technique: â€œThe character of Taimur played by Affan has the biggest change. Our goal was to show that when you are not honest with yourself, you cannot be responsible. If they don’t take responsibility for their own life, they can’t be confident. Taimur, although in a humorous way, learns the hard way to defend himself. “

â€œArt imitates life and life imitates art. The arts reflect the state in which society finds itself. If you look at our play, you can see that we have shown how confused our youth are. Why are they the way they are? Why are our conceptions of relationships deteriorating? Why do we base our personalities on a “like” or blue check marks on WhatsApp? Theater is a genre which is a raw, direct and immediate event from the artist to the audience. The best actors come from the scene.

â€œNo civilization has ever prospered that has not given due respect to its language and literature. I am an assistant professor at Iqra University in the media department and I teach what I practice and involve students in practical work. I advise anyone interested in this area to come and work in each production department. Even if you are an actor, you should learn lighting, art direction, wardrobe, printing, marketing, tea making, etc. 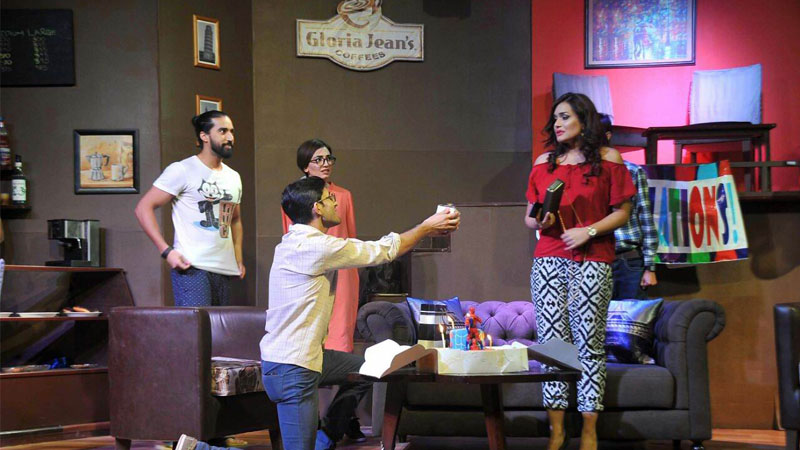 â€œThe comedy is basically building an expectation and killing it. In comedy, either the situation is funny or the character or interaction is funny. There has to be a balance between them. When it comes to timing, you have to consider the audience’s words and thought process to bring out that perfect performance. Sometimes it takes practice and test variations. Some people are naturally gifted. It is always good to watch what they are doing. I remember one time my stand-up comedy trainer in Kansas told me to deliberately change the timing of the jokes. I didn’t laugh that night and I knew where the golden point was.

â€œAs struggling artists, we can’t afford the big names of venues available and many don’t even take theater seriously. Some are in poor condition and are not designed to be versatile. However, when we saw the Aiwan-e-Quaid auditorium, we fell in love with the personal feel of the audience stage of the place. The acoustics, the ambiance, the location were lovely. If the hall management had not been so cooperative, we would not have been able to perform this piece and we are extremely grateful for that.

Aapka Matlooba Number is directed, co-produced and co-written by Atif Siddique. With over a decade and a half of experience in the performing arts, he teaches media and film design at Iqra University. Since 70% of the actors are new to the acting profession, the rehearsal process was very much like a theater workshop. He says our society is confused and we tend to age more than a decade behind. The playwright explains that it is a mirror to society of what it means to be a man and a woman. Atif’s favorite scene to direct was the emotional scene between the three main characters.

“It was the moment when our actors were totally absorbed in the script. The most difficult scene was the last one. It’s chaotic and always difficult to coordinate.”