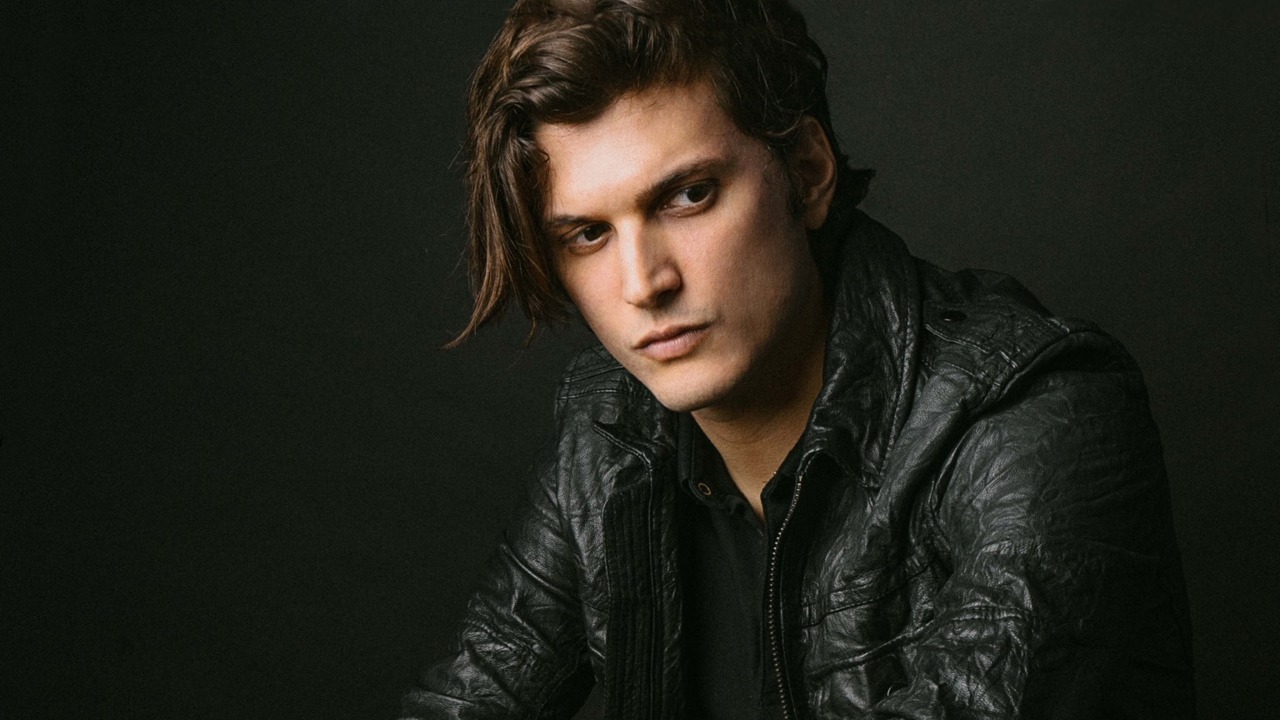 Alex Boniello’s favorite games (and other stuff) of 2021

Alexandre Boniello is an extremely talented stage and film actor, producer and musician. You can currently catch it at Whisper House.

Hello beautiful Giant Bomb community. This is the third year in a row that I’ve been asked to write a list for my favorite gaming site, and I’m happy to do it again! It’s continued to be an incredibly strange year for all of us, and although the situation on the New York theater scene is currently particularly grim because of Omicron, I’ve been delighted to see the theater slowly but surely come back. . To celebrate, I’ve decided to share my favorite theater moment of the year, along with other favorite moments across all forms of media, before jumping into my games of the year. I took great comfort in appreciating these things and wanted to share them. Because this is my list!!! And I can!!!

Theater of the year: Return of the first performance of Hadestown

So I was able to attend the last general rehearsal of “Hadestown” on Broadway in September. It was the first public performance of a musical on Broadway since my entire industry was forced to shut down in March 2020. It was an incredibly powerful night for me, and it was also a strangely anxiety-inducing one. Would it be the same? Could we do it safely? Is it okay that I’m in this room full of people?

The answer was, and is “yes”. Being in a theater full of masked and fully vaccinated spectators felt safe and felt amazing and was like a giant exhale that I had been holding in for almost two years. There may be bumps along the way, but the industry that I love and have dedicated my life to will be fine.

Table top of the year: ILLIMATE

So this is by no means a new game, but I’ve played a lot of “Illimat” created by the brilliant minds at Together Studios and was totally blown away by it. It looks like some sort of hidden, secret card game from a lost era. I highly recommend it to anyone looking for a very strategic and cerebral card game. He still hasn’t aged.

TV of the Year: End of Season 3 of Succession

I won’t spoil any of this because it’s still fairly new. But there is a scene where the three Roy children are together, trying to connect and comfort each other, and are completely unable to do so. They simply lack the tools, but keep trying. Scenes like this are the reason I’m an actor.

Movie of the year: West Side Story

Speaking of “why am I an actor”. Jesus. This movie is a total and complete knockout. Performances that are truly not to be believed by new and emerging talent, ushered in by STEVEN ACTUAL SPIELBERG. For a theater lover and a movie buff, this whole project is an embarrassment of riches. One of the best musicals of all time adapted by one of the best directors we’ve ever had. Watch it, please!

Book of the year: Song of Achilles

Another “yeah I know this isn’t new” choice. If you have even a passing interest in Greek mythology, do yourself a favor and read this book. I thought I knew the story, and of course I did, but the writing is so excellent and the structure of the book is such that the ending still manages to pack an extremely emotional punch. Cried a lot. I couldn’t recommend more!

Honorable Mention: Breath of the Wild for the second time

Yeah, so I played Breath of the Wild to the end for the first time since it got it 100% back when it originally released.

My second part only confirmed – I think it’s the best video game ever made.

It’s the most I’ve enjoyed a Pokémon game in years. Like, including main games. I don’t know if that’s a depressing comment on the state of the franchise, or what, but I had a great time. I played the majority of it on a plane, which might have been the perfect place for it, as it allowed me to really focus on all of the fun and interesting areas that the Pokemon was appearing. I don’t know if I would have been so engrossed in the game if I had something to do other than sit on the plane. Anyway, I still smile whenever I think about it. It looks like my childhood memories, but plays much better. That’s how a nostalgia hold SHOULD feel!

Valheim came along exactly when I needed it, delivering something chaotic and super fun for me and my friends. I still remember the first time I saw an ogre come our way from a hilltop and burst out laughing at how unprepared we were to fight it. We totally flattened out. Another fun moment came when myself and a few friends (including former GB employee Abby Russell!) were building houses and twitch viewers were voting on which house was the best. Like most of us, I fell off it after a while, but I’m sure I’ll be back very soon.

Godddddd this game looks sooooooo gooooooood. It also plays great, had some legit good story beats, and thrilled me from start to finish. It’s certainly helped by the fact that I didn’t have much to play on my PS5, but I don’t think that’s stopping me from succeeding. It really itched my brain just the way I wanted it to. I think someone once said it was “The best PS2 game ever made”, and I totally agree with that. It sounds like a backhanded compliment, but it’s absolutely not.

Listen, we all know what the Hitman series does well at this point. There was no way the third and last (?) wouldn’t appear on my list. I sincerely appreciate the developers’ choice to keep trying to do new things with the series, even so late, and even when they already know what works. I can’t wait to see what this Bond series will become!

It was my surprise of the year. To the chagrin of many of my friends, I had a hard time getting into “Persona 5: Royal”. It takes too long to start up and it didn’t catch my interest due to the extremely slow start up. I felt like I was ready to have freedom in the game much sooner than the game wanted me to have it. I fell.

Enter SMTV, recommended by a friend. He said “this one lets you walk right in”, and damn it, right!

Talk about punishing trials with fire. I liked it. Either you enter the combat system and follow the rules and adapt, or you are knocked to the ground. This is my kind of JRPG experience.

It could have been higher if I had finished it, but I couldn’t have released it by the end of the year.

Plus, I promise I’ll try Persona 5 again at some point.

There was a time when this was my GOTY. But time has passed. The weather hasn’t been kind to this game. Ironic, given the general arc of the game.

My complaints are the same as most: it doesn’t quite live up to the promise of its concept. Having only one true path to the end and having the game literally show you how to do it was frustrating for me. I dreamed of breaking it on my own, and the game basically handed it to me.

But frustrations aside, some of my favorite moments of the year have come from this game. Here’s a cool one:

I was on my endgame loop and was about to be able to finish, when an invading player fell into my game. And then I realized I only had one life left. If I died, I would have had to start my loop again. My opponent and I ended up on each other’s map and got into a half-hour sniper war of attrition. It was so tense and so exciting. My palms were sweaty as heck as we played a high stakes game of chicken. Do not worry. I won. 🙂

Look, it’s a great game. I wish it was higher. It’s so amazing. Some of these boss battles are good.

What held me back from placing it higher was the game’s disinterest in organically pointing me in the right direction. I know butterflies let you know you’re on the right path, and I know part of that is finding your way forward…but I don’t think randomly shooting at walls to find a way forward either for me more. And don’t get me started on the orders.

I don’t want to sound too negative. The game is awesome. It’s high on my list for good reason! There are definitely some brilliant moments that will stick with me for a while. And frankly? Its existence was a pleasant surprise, and I spent a good ten hours with it. And it’s great to see Metroid return to the sun after such a long absence.

As an actual game, I don’t know if RE Village deserves my third place. But if we count how memorable I found it and how much fun I had with it, then absolutely.

I’m so glad Capcom decided to make do with the Resident Evil franchise. It toes the line of horror, comedy and absurdity so deftly to create something SO irresistibly compelling.

While I wish the game felt more like the initial section of Mansion, I appreciate that they stretch our legs and let us explore different styles of horror gameplay.

Also, I am now afraid of mold in real life.

2. Outer Wilds: Echoes of the Eye

Outer Wilds is one of my favorite games. I’ve always said it’s one of the few games I really wish I could wipe my brains out and play again.

The existing Echoes of the Eye is the closest thing to that.

I can only speak so highly of it and would rather leave it entirely untouched to anyone who intends to play it, but I just can’t believe they pulled it off. They got it. I can’t ask for more, and I’m so thankful it exists.

Game of the Year: Inscryption

And to think that I almost didn’t play this one. I would have been foolish to deprive myself of a game that I would 100% categorically classify as “My Whole Deal”.

A video game that could simply only exist as a video game. Form the meeting function and tell stories using its support at such a magnificently high level.

I find it hard to write about it, because I just don’t think I should talk about it.

Play it. It’s been the most interesting gaming experience I’ve had all year.

And that’s all! I sincerely hope you all had a wonderful New Year and thank you for sharing another year of laughs and games with us, Giant Bomb. I love you all. Support the art!