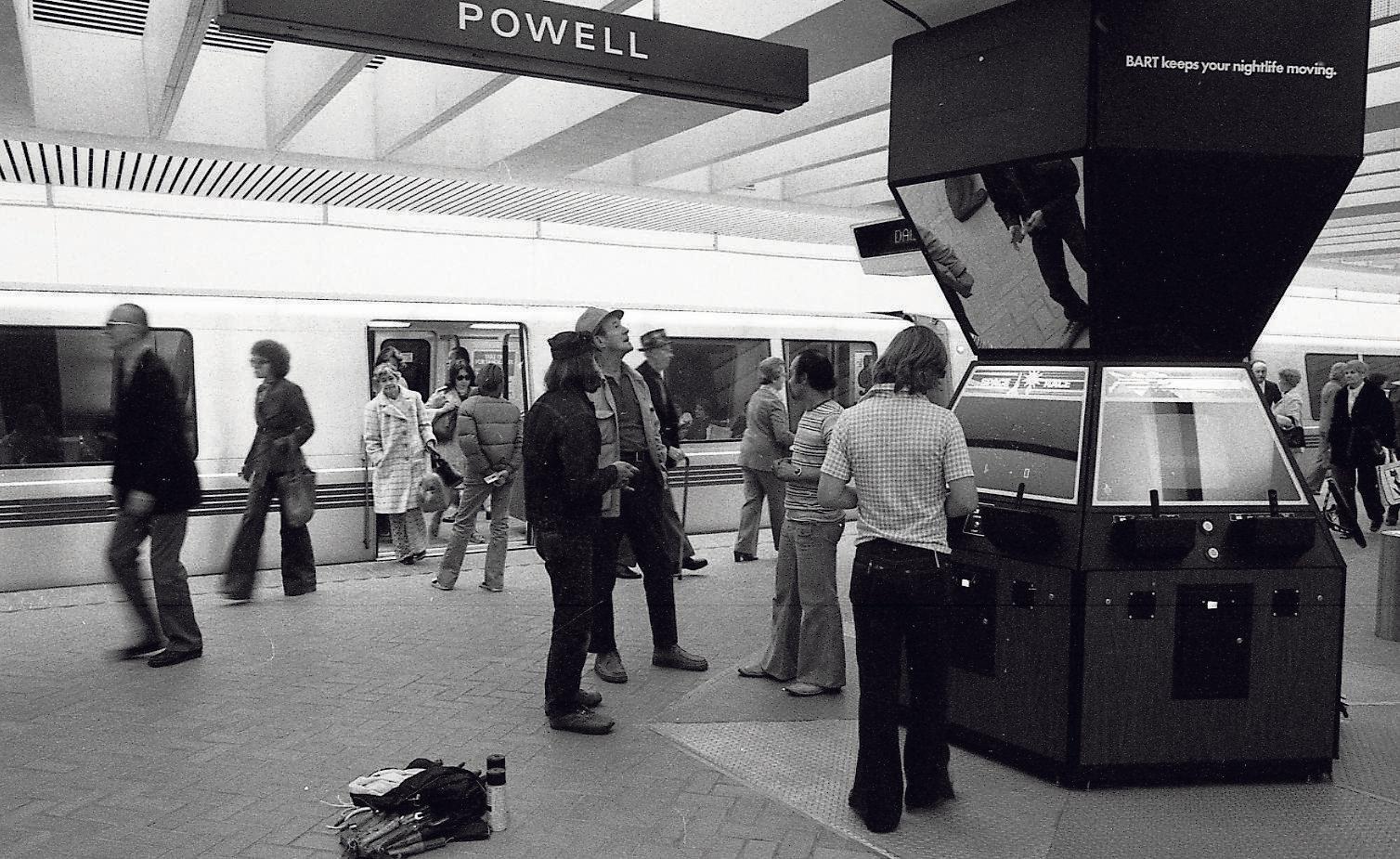 Bay Area Rapid Transit is bringing back one of its short-lived but historic promotions: retro arcade games in the Powell Street station.

They weren’t throwbacks when BART first rolled out video games in 1976. With ridership dwindling and hopes to connect with younger people, the transit agency s is partnering with Atari to bring a bank of six games to the platform, including Pong, LeMans and Space Race.

This year, BART will bring back four games for one week starting September 3, 2022, as part of a celebration of the system’s 50th anniversary.

“This 1970s event is something that pops up on social media all the time as a throwback,” said BART communications director Alicia Trost. “We’re trying to re-engage our runners to show we’re not always so square and we can have a little fun and here’s an example.”

The Atari Arcade Theater Kiosk was set up in December 1976, when the transit agency was four years old and struggling with money and public relations issues.

“We believe the machines, here at this station on an experimental basis, will provide enjoyment to our passengers between trains,” an unnamed BART spokesperson told The Chronicle at the time. “And the information and income won’t hurt either.”

BART was no stranger to offbeat ideas during its first two decades, from selling ashtrays to hiring Catskills comedian Henny Youngman for a self-deprecating advertising campaign in 1987. (“Take my BART… please!”)

This is a carousel. Use the Next and Previous buttons to navigate

Trost said BART’s marketing and community relations teams scoured their own records to prepare for an event at the Lake Merritt station on Sept. 10, 2022, a day before the 50th anniversary of the first passenger-carrying BART cars.

“We stumble over things and go, ‘Is this real? Did we really do this?'” Trost said.

Dreams of BART games returning to Powell Street were fueled in 2015, when photos of the Atari arcade were discovered in The Chronicle archives and released.

Games later this year will be retro, featuring Pong, Asteroids, Pac-Man and Galaga. They will be placed outside the pay gates near the entrance to 4th and Market streets.

“You don’t have to be a BART pilot,” Trost said. “Muni runners can have fun too.”