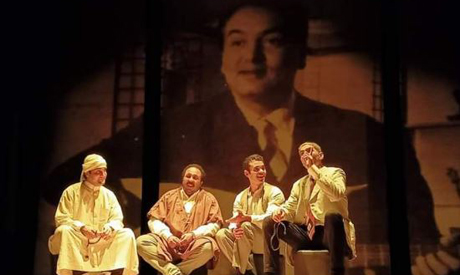 A play retracing the life of the famous Egyptian musician and actor Mohamed Fawzy (1918-1966) entitled “The night is gone” was premiered on August 27 on the stage of the Lycée Al-Horreya theater in Alexandria.

The next performances of the piece are scheduled for Thursday 2, Friday 3 and Saturday 4 September 2021, as well as 9 and 10 September.

Directed by Saeed Kabeel, the play guides viewers through the variety of creative fields that have characterized Fawzy’s career; from his original passion for singing and songwriting to his efforts in the film industry as an actor and filmmaker.

Fawzy is considered one of the main artists of the golden age of Egyptian culture (1940s-1960s). Throughout his career as a musician, he has collaborated with renowned names of his time such as Farid El-Atrash, Mohamed Abdel-Mottaleb and Mahmoud El-Sharif.

He wrote over 400 songs, many of which have become hallmarks of Egyptian musical culture. His best known compositions include “Maloh Al-Amar Maloh”, “Habiby Wi Eenaya”, “Wahashona Al-Habayeb” and “Shahat Al-Gharam”.

Fawzi also composed ‘Qassaman’ (‘We Pledge’), which is the national anthem of Algeria, whose lyrics were written by Moufdi Zakaria. 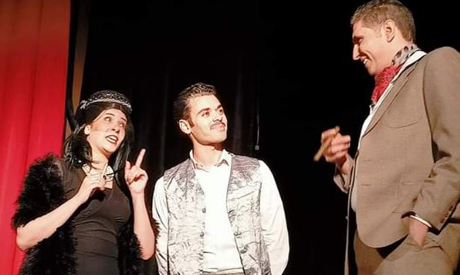 The play brought together some of the well-known figures of Alexandria’s theatrical scene, such as Ibrahim El-Forn, who is also the artistic director of the Festival Théâtre Sans Fonds (TWFF), which concluded its 11th edition on August 26.

Director Saeed Kabeel headed the theatrical programming unit of the Center for the Arts at the Bibliotheca Alexandrina before moving to Cairo, where he became responsible for programming at the Tahrir Cultural Center, which is part of the American University in Cairo.

Together with Mohamed Abdelrahman El-Shafei, Kabeel is currently the artistic director of the Cairo International Festival for Experimental Theater – which will be held from December 14 to 19, 2021. Kabeel also has extensive experience in directing plays, which were performed mainly on the stages of Alexandria. 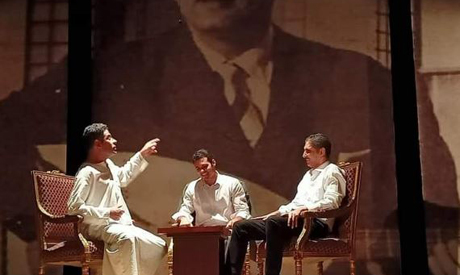 JKAACL hosts a play in Srinagar

History play “Not in Our Neighborhood” highlights a dark history of St.…