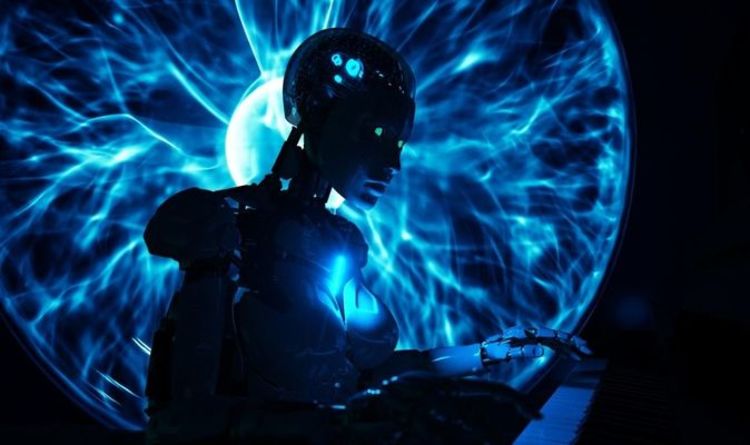 The AI â€‹â€‹project intends to use artificial intelligence to create an innovative theatrical performance, which is expected to premiere early next year. Head of the research team Rudolf Rosa said: “The main idea for our study came from TomÃ¡Å¡ StudenÃ­k, an innovator who noticed that the centenary of the play ‘RUR’ is approaching.” It was a key moment for robotics, because the idea of â€‹â€‹a robot, including the word “robot” itself, was invented by Karel ÄŒapek and his brother Josef, who wrote this play.

Prior to the project, researchers reviewed previous literature exploring the potential of artificial intelligence techniques for the creation of other art forms.

Although there are now many articles focusing on machine-produced art, including some where computer techniques were used to produce dialogues or story ideas for plays, the automatic generation of a Full theatrical performance is an extremely complex task never attempted before.

Rosa’s team decided to divide the production of their piece into several sub-parts.

Artificial intelligence: “What if today robots wrote a play about men? (Image: GETTY)

Their plan is to use an approach called hierarchical generation, where the script is broken down into smaller, manageable parts.

Although other research teams have used this approach to generate the dialogue, few have attempted to produce an entire piece.

Dr Rosa said: â€œWith the anniversary approaching, our main goal is clear and fixed: By January 2021, we must have a room ready for the premiere.

â€œSince it will be performed by a professional theater company, we have to have the script ready in September, so that there is enough time for the dramatization, the rehearsals.

“Thanks to the anniversary approaching, our main objective is clear and fixed: by January 2021, we must have a piece ready for the premiere” (Image: GETTY)

“So while we are developing a general tool for theater script generation, at the moment we really only need to generate one script.”

GPT-2 is an open source model developed by the OpenAI consortium organized by Elon Musk and trained on a huge amount of English texts online.

For example, if GPT-2 is fed by the first paragraph of a news article, the model will try to generate a few more paragraphs on the same topic, taking inspiration from the existing text, while generating sentences on new concepts. .

â€œAlthough they decided on the approach they wanted to use, they just started to apply it to the creation of their play. ” (Image: GETTY)

Dr Rosa said: “When we provided GPT-2 with a stage setting and a few lines of the drama script, it generated other lines in the same style and focusing on the subject of the piece of script from Entrance.

â€œThat way we didn’t have to practice (yet), because we restricted the generator a bit to stay in the job and not diverge elsewhere.

â€œSo we can use the large GPT-2 model that was trained for a very long time on very large texts, which we couldn’t afford to train on our hardware, because only the biggest tech companies can train such models these days. “

While researchers’ experiments using the pre-trained GPT-2 model have yielded promising results, their failure to adapt the model or specifically train it on theater scripts makes it more difficult to control its operation and performance.

They now plan to refine GPT-2 by training it on existing theater scripts, as this is much more achievable for them than developing new language generation models.

AI experts anticipate this will lead to the production of improved script quality for their game.

Dr Rosa added: “We also work explicitly with the concept of the human in the loop. Basically all computer-generated ‘art’ (if we want to call it that) is touched and edited by humans in a way. one way or another, but often it’s not very transparent.

“In our work, we try to be very explicit about what a machine does and what a human does, making their cooperation an integral part of the design of the system, not a post-hoc solution.”

For now, Rosa and her colleagues have launched their project by reviewing past work and trying to identify the most effective approaches to producing scripts for plays.

â€œAlthough they decided on the approach they wanted to use, they just started to apply it to the creation of their play. “