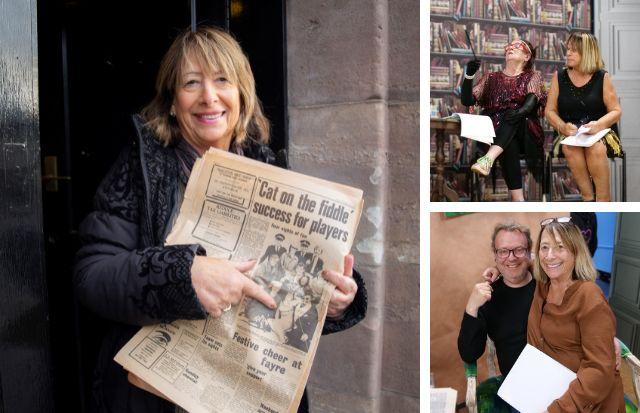 A THEATER company must find a new venue for its first play following a row with a minister Barrhead over the content of the show.

Reverend Pamela Gordon objected to the use of the words ‘damn’ and ‘damned’ in the performance of Gypsy which was to be staged at Bourock Parish Church by the New Barrhead Players.

She also criticized the content of the play, which deals with the subject of adultery.

Now the amateur theater group fears they may have to cancel the show if another venue cannot be found.

In an email sent this week, the group was asked to pick up their props and gear from the church.

He said: “As communicated, the Kirk Session of Bourock Church of Scotland cannot accept the language and reference to a case and our position on this will not be reconsidered.

“Arrangements will be made for a key holder to be present to allow you access to your personal belongings and to remove all pieces of decor.”

Gypsy was scheduled to run three nights from October 27.

Alma Mearns, the play’s producer and founder of the New Barrhead Players, said she was shocked by the row, but hopes the church will reconsider its decision to ask the group to find another venue.

She told the Barrhead News: ‘We can’t afford to go to another theater and stage it at such a late stage.

“It is incredible that a Christian church can do this.”

In an earlier email, Reverend Gordon pointed out issues with the show’s content.

She wrote: “In the script. the words “damn” and “damned” are used, which are not appropriate words in the context of a church.

“Furthermore, the script refers to an affair, which commits adultery, and which is not encouraged within the framework of the Church of Scotland.”

The plot of the play revolves around upper-class friends who get caught when a fortune teller reveals a secret affair.

Alma, who starred in The Barrhead Players a few years ago and decided to start the New Barrhead Players to provide more entertainment opportunities in the city, said: “You could take a kid to this show, he wouldn’t there is nothing wrong with that.

A Church of Scotland spokesman said: ‘The amateur theater group was given a contract in early September to allow it (the show) to be staged in the church hall, but they have not yet signed and returned to Kirk’s local session.

“Members of the church office have endeavored to be constructive, to try to reach a compromise, but the playwright and the larger group have yet to properly outline their intentions to them in an appropriate and professional manner.”

News: Once upon a time there was a jester