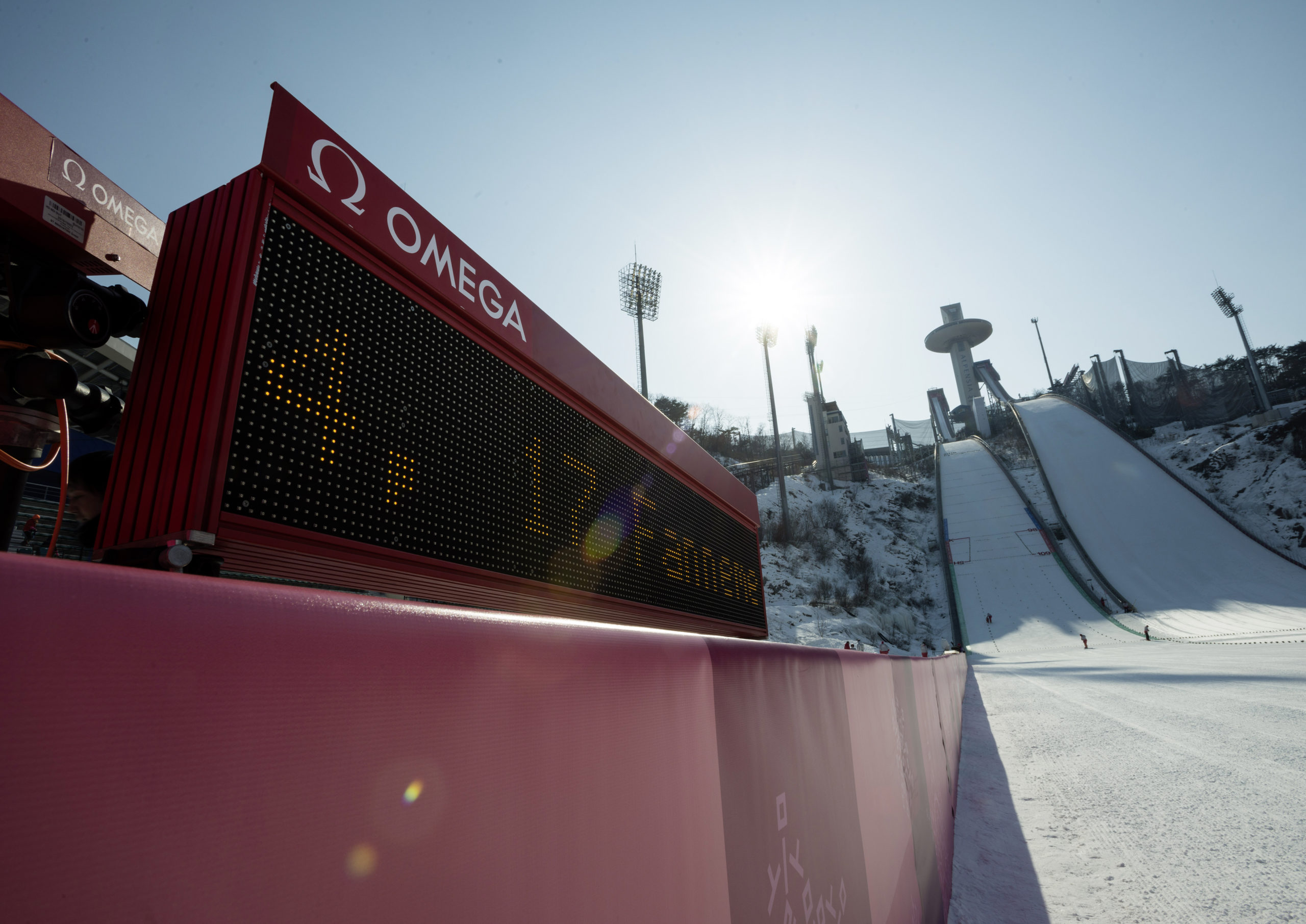 The Beijing 2022 Winter Olympics was a milestone for Omega, as it marked three decades of timekeeping excellence for the watch brand at the Olympics.

For exactly 30 years, Omega has been a leading name in sports timekeeping, recording the dreams of the world’s best athletes and continually developing the technologies on which every result depends. When Omega first took on the role in 1932, the watchmaker fulfilled its task with a single watchmaker and 30 chronometers.

This year in Beijing, the operation mobilized a team of 300 timekeepers and 200 tons of equipment, including new technologies, proving how its vital role has grown and continued to push the boundaries of timekeeping.

As a continuation of Omega’s motion sensors and positioning systems, figure skating is now analyzed in much greater depth. At Beijing 2022, six cameras were placed around the ice and, in single-skater events, they were able to capture a range of live data, including jump height, jump length and time passed by a skater. in the air. By tracking positions and movements, the new system was a fascinating way to understand the skater’s execution of their routine and to see how each competitor compares to another.

False starts have been revolutionized in Beijing. Previously, the sport relied on the judge’s eye to detect any movement of the athlete or their blades before the start. At the 2022 Winter Olympics, Omega used its image tracking system to visually detect a false start, providing much more reliability at this crucial moment. With a camera positioned in each lane, the system was able to provide officials with an immediate indication in the event of a false start.

Omega introduced a new in-game display for ice hockey, with LEDs embedded in the plexiglass around the rink. The one-sided transparent clock showed game time and penalty time, displayed in the middle of the rink between the two penalty boxes. This display was of great added value for players who now received crucial information throughout the game.

The beginnings of the monobob

For Omega, monobob is more than a sport. Since 2011, this dynamic event has been a passion for the brand. Not only did Omega help the growth of monobob, it was also there 10 years ago in St. Moritz when the sport was first introduced at the iconic Olympia Bob Run.

This year in Beijing, Omega celebrated the debut of monobob as a Winter Olympic game. He’s now ready for the biggest stage of all,
after a full decade of high-paced international competition, including the Youth Olympic Games in 2016 and 2020, as well as the Omega Youth Monobob and Skeleton series.

Known as the “Formula 1” of winter sports, the monobob offers a dynamic twist on a classic winter event and features sleek single-person bobs, which are pushed, steered and braked by a single athlete. For this reason,
the skill of the pilot makes all the difference. Above all, it allows athletes to train on their own, which makes it more accessible. At 2.3m in length, the monobob is also quite light, weighing only around 130kg, and can therefore reach speeds of up to 120km/h and exert a gravitational force of three to four Gs.

For the next generation of winter athletes, it’s an opportunity to set the standards for a whole new event. At Beijing 2022, the sport was contested exclusively by women and featured a range of Omega timing equipment, including sensors inside each monobob,
which can measure various factors such as G-forces, angles, trajectory and acceleration. Additionally, through antennas placed along the track, Omega was able to transmit live speeds and top speeds of the monbobs, allowing viewers at home to see exactly where a competitor was gaining or losing time.

Omega brought the winter theme to life by introducing a white ceramic dial with a frosted pattern. As well as a superb tribute to the dramatic sports of the Beijing 2022 lineup – alpine skiing, bobsleigh, speed skating, ice hockey, and more. – this icy look is an easy, breezy and versatile look perfect for any occasion all year round thanks to its sleek, clean and bright design. To complement the unique design, the dial also features blued hour markers and hands filled with white Super-LumiNova, along with the color red for the Seamaster name and the four quarter numerals on the minute track. The 41mm watch is crafted from stainless steel and features a matching strap and domed sapphire crystal.

Flipping the watch over reveals the Beijing 2022 emblem on the case back, as well as the familiar wavy edge of the Aqua Terra. The Omega Co-Axial Master Chronometer caliber 8900 powers the watch with athletic performance that achieves the highest standards of precision and magnetic resistance in the industry. Collectors who choose this Seamaster will find it delivered in a distinctive Olympic Games presentation box, complete with the famous five-year warranty.

This special edition 42mm watch is crafted from stainless steel and features a unique grade 5 titanium bezel ring with a positive relief diver’s scale. On the blue ceramic dial, you’ll find laser-etched waves and rhodium-plated indexes and hands filled with Super-LumiNova. As a special tribute to Beijing 2022, it also features five special minute markers in the colors of the iconic Olympic rings.

On the back, the polished and brushed caseback is stamped with the Beijing 2022 Olympic Winter Games logo. Omega’s patented NAIAD LOCK system keeps all engravings in perfect alignment. The watch is internally powered by the powerful Co-Axial Master Chronometer caliber 8800. Inside the special white presentation box, each unit is mounted on a polished and brushed stainless steel bracelet and presented in a white box special. If you’re headed out to the ocean, the watch is water resistant to 300m and comes with Omega’s full five-year warranty.