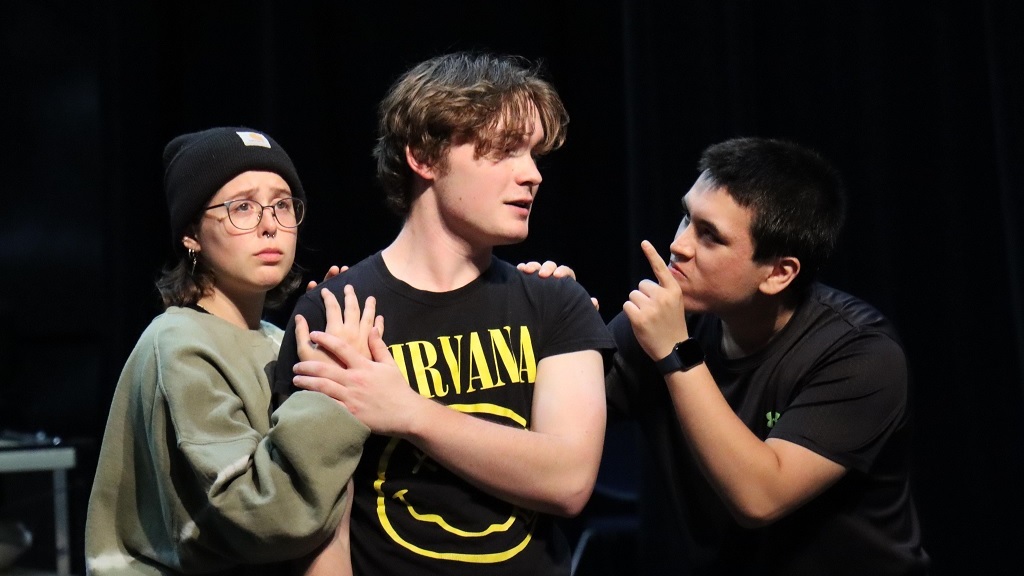 The incredible story of one of the world’s greatest magicians will kick off the 2022-2023 productions of the Blinn College-Brenham Campus Theater Arts Program.

“Houdini” will take place at 7 p.m. Thursday and Friday October 6 and 7 and at 2 p.m. Saturday and Sunday October 8 and 9 at the Dr. W. W. O’Donnell Center for the Performing Arts.

“This play – part biography and part fantasy – offers a dramatic look into the life of world-renowned escape artist Harry Houdini,” said drama teacher Brad Nies, who is directing the production. “I think this piece will appeal to young audiences, Houdini enthusiasts and ‘escape artists’ everywhere.”

“Houdini” is in keeping with “Magic in the Air,” the theme of this year’s four plays that will be staged, Nies added.

The other productions are:

In addition to the plays, the program’s improv troupe “Slaphappy” will perform Oct. 13 and April 4, both at 7 p.m. at the O’Donnell Center.

Tickets are $5 and are available at www.blinn.edu/boxoffice.

This will be the first starring role for Rutledge, a Bellville sophomore. Rutledge was memorable as the Hairy Man in last season’s production of “Wiley and the Hairy Man.”

“It’s exciting to show parts of me that I’ve never really shown on stage before,” he said. “Last year I was just doing a cartoon as Hairy Man. This year there’s so much emotion and motivation in everything Houdini does. It’s so interesting to try to portray this what his life was like as accurately as possible.

Rutledge, who has researched Houdini’s life extensively, said he believed the magician was motivated by a desire to impress his father, a Jewish rabbi.

“I don’t think Houdini was as mysterious as most people make him out to be. He was a very simple man who wanted to show himself to the world,” he said. “He was a showman. His father didn’t want him to be a magician. After his father died, I think Houdini’s goal was to impress everyone so he could impress his father. It’s just a great story to watch. Fame gnaws at him and he loses his relationships with most of his relatives.

Nies said this year’s theme was chosen with a view to refilling the O’Donnell Center.

“The kids put their hearts and souls into it,” he said. “It’s exciting to watch them grow and see them come out of this (pandemic) situation. The students we have now are the ones who lost their last years (high school) because of the pandemic. They are hungry for performance. They are chomping at the bit, I hope as much as our audience will be.