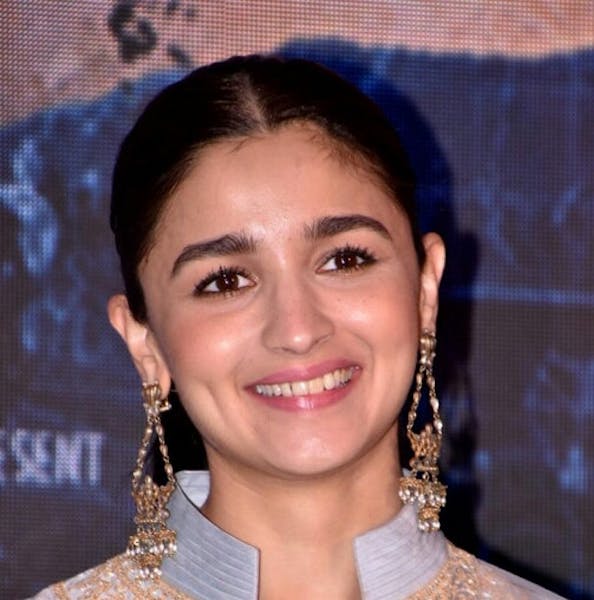 After years of Indian audiences pleading with Bollywood to deviate from its monotonous stereotypical productions, the industry has boldly answered the calls with Brahmastra: part one – shiva. It’s by no means a perfect film, and it fails to avoid many of the common pitfalls that contemporary Bollywood films fall into, like clunky dialogue and awkwardly paced plots. However, in the grand scheme of things, Brahmāstra breaks new ground in bringing the industry into the 21st century with its visual effects and the introduction of the Astraverse, perhaps Bollywood’s first cinematic universe and trilogy.

Brahmāstra imagine a world where the powers of the elements of nature, such as air, wind and fire, can be stored in magical tokens (astras) and harnessed by humans. The most powerful weapon – the Brahmāstra – is guarded against the evil powers of the world by the Brahmānsh.

The film follows Shiva (Ranbir Kapoor), a young man who has visions of the antagonists visiting members of the Brahmānsh for information on the whereabouts of the Brahmāstra. Realizing something big is at stake, he sets off with his love interest Isha (Alia Bhatt) to find out what’s going on.

They eventually find themselves in a secret camp in the Himalayas, where the Brahmānsh led by Guruji (Amitabh Bachchan) are. Here Shiva learns of his past and how it relates to the momentous events that are happening. Guruji finally makes him realize his true identity and draws him into the ways of Brahmānsh. The film ends with a fight between the Brahmānsh and the followers of Dev – the dead villain who needs the Brahmāstra to reincarnate – and sets up the sequel.

If you got lost in the plot there, you’re not alone! It’s quite complicated and it doesn’t always make sense. The love story between Shiva and Isha is very rushed and underdeveloped, with the two feeling like one-dimensional characters wasting away in the incredibly interesting and thrilling world created by the film. They just react prodigiously to plot points and their stupidity can get quite frustrating. It doesn’t help that much of their dialogue sounds like a romantic conversation between a 12-year-old boy and his imaginary girlfriend.

The storyline’s inanity is made even more tragic by its juxtaposition with incredible visual effects. The effects are a far cry from those seen in modern Hollywood films, but are a huge improvement for Bollywood. Within India, Brahmāstra is perhaps the first film since Tollywood, critically acclaimed Baahubali franchise that has demonstrated such ambition and achieved it. However, Brahmāstra fails to recreate the magic and allure of Baahubalibecause it lacks the gripping story and memorable characters of the latter.

No Bollywood movie is complete without several mandatory dance numbers, and Brahmāstra religiously follows this formula. The choreography and songs are unremarkable, which is a shame, considering Kapoor has dazzled audiences for years with his flawless dancing.

However, despite the tightrope the film walks between its technical breakthroughs and strict adherence to the Bollywood formula, it is truly an entertaining film. For American audiences unaccustomed to the extravagance of mainstream Indian films, Brahmāstra could be a good introduction to the rather jarring and over the top nature of Bollywood productions. For Indian audiences, though the film may disappoint, it ushers in an exciting new era of technological and creative advancements in a chronically stagnant industry.

Apart from its visual effects, one of the main reasons for BrahmāstraThe immense anticipation of the audience is its ensemble cast. Kapoor and Bhatt carry the film well as seasoned protagonists, while backed up by veteran superstar Bachchan. Bollywood king Shah Rukh Khan’s small but central and hugely entertaining role in the opening scene is an absolute delight and a great start for the film. Deepika Padukone’s cameo and the mystery of who Dev will be playing will likely play a big part in making audiences eagerly await the sequels.

Despite the big names headlining the film, I think the most memorable performance was given by Mouni Roy, who plays Dev’s henchman as the film’s main antagonist. Roy, an accomplished TV actress, takes on the challenge of a central character in a big-budget Bollywood mainstream film and delivers an intense and truly terrifying performance.

Brahmāstra has polarized Indian audiences as its shortcomings and achievements are immense. I recognize the film’s many gaffes, from a lousy script to its uninteresting characters, but I’m still very excited for the sequels because I truly believe it’s going to lead to the technological revolution that Bollywood needs. Nevertheless, the Brahmāstra is a fun movie, and if you go into it with reasonable expectations, it’s going to be a fun time.