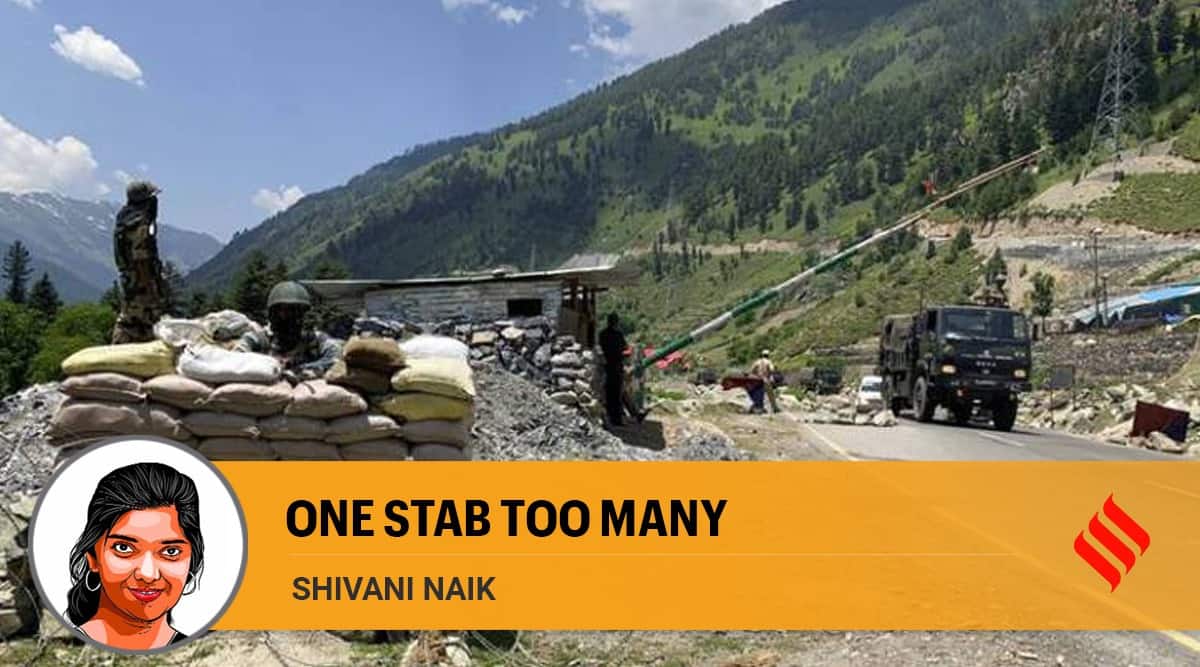 Having Qi Fabao, a PLA regimental commander involved in China’s Galwan Valley border confrontation with India, lead the pre-Winter Games relay as a torchbearer, is not simply a jamming of politics and sport by the host country. This is a flagrant violation of the principle of political neutrality that China and the International Olympic Committee (IOC) have consistently preached in the run-up to the Games.

Failing to welcome foreign athletes at the airport with signs of Rule 50 of the Olympic Charter, which prohibit them from demonstrating or displaying political, religious or racial propaganda, Beijing and the IOC have done everything to intimidate athletes into silence. But Chinese officials do not appear to have read the rule themselves.

Chilling athletes into silence by articulating the danger of China’s binding Olympic rules and legal system is the kind of controlled self-censorship that can force athletes to stick to sport. But getting state media like the Global Times to laugh and sing about a military commander who recently fought with India, and parade him around in a torch relay — perhaps for the benefit of a domestic audience – goes against China’s obligation to cleanse the sport of any whiff of politics. It was partisan politics literally running on a boastful braggart.

While countries have always staged soft sales of cultural and nationalist propaganda at opening ceremonies, and been spoiled by the IOC, Fabao’s is a blatant and oddly undignified display. The wounds of war – on both sides of the soldiers – are far too real and honorable to walk around at the pace of a jogger for a simple sporting spectacle. It’s an unwritten line of civility crossed, as sports hosts.

India might not travel with the biggest contingent to the Games. But scoring political points against a military adversary on the fringes of the Olympics, relying on the symbolism of confrontation as a measure of “bravery,” is frankly indefensible. While there’s no need for athletes to step away from their jobs – to win – and use the podium to voice their concerns about a myriad of issues in China, it would certainly be entirely avoidable for the hosts. to use the Games as a ramp-way for the wounds of war.

India responded with a last-minute diplomatic boycott, after pledging to stand and support China and Russia at the BRICS summit. She said her diplomatic presence was untenable, and her envoy declined the invitation to the ceremony after the torchbearer’s provocation; India also pulled out of the televised opening. A member of the US Senate Foreign Relations Committee called Beijing’s choice of a military commander as a torchbearer “shameful”. But the world might just let that pass.

Commercial considerations have deterred the major powers from calling China out for this contempt. The UK’s triple trade deficit with China post-Brexit and reliance on other Western economies means athletes in Beijing are left without protection should they choose to voice unpleasant thoughts for the hosts. A senior Beijing organizing committee official and Olympic champion, Yang Yang, was quoted at a press conference last week as saying: “Athletes should be responsible for what they say.”

It is not uncommon for athletes from the armed forces to show up at the Olympics to represent their country in competition. But it is utterly despised that territorial tensions and scars are dragged directly onto a sports field, in this case as part of the Games torch relay. The sport is not a stage for militarized cosplay, let alone the countless wartime analogies it riffs off.

The IOC dropped any pretense that it was all about sport, when Thomas Bach, at a pre-event briefing, said for the benefit of ski lift and snow cannon manufacturers: “The boom in China will change the global winter sports industry. All companies mainly based in the Alps and North America will greatly benefit from the development of winter sports in China. It is well known that several struggling companies are investing in building the winter economy of ski resorts in China.

In one of his most absurd appeals to athletes not to say anything distasteful and political and to stay confined to the athletic way, Bach invoked Shakespeare. “If an actor gets involved in the theater, playing Hamlet, then no one expects him to express his political opinion. And the same is true out there for the athlete. A rather unfortunate reference, given the play’s elusive ghost and perhaps the theatre’s most famous soliloquy. To be or not to be was the question. For India’s diplomatic dilemma, a Chinese soldier in Galwan’s Torchlight Race was one stab too many, long after the poison had trickled down his ear.

This column first appeared in the print edition of February 12, 2022 under the title “Un coup de trop”. Write to the author at [email protected]

Drinking, flirting and fighting as reality TV gets a script