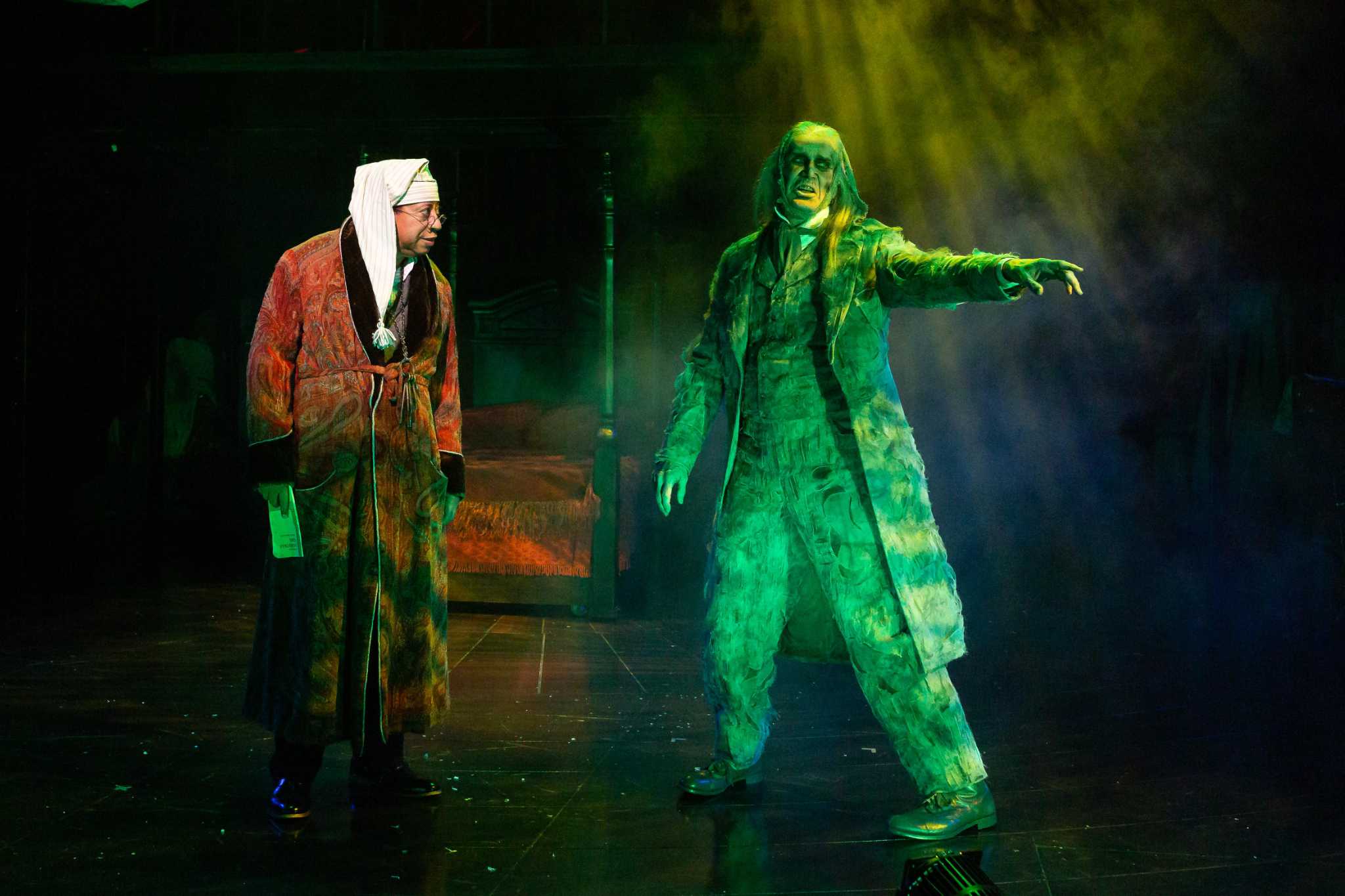 Jayne Johnston broke the bad news Saturday to her 6-year-old daughter: Theater Under the Stars’ production of “The Little Mermaid” has been cancelled.

“She was crushed because she was so excited,” Johnston says. “I made a big fuss about getting her vaccinated. I had told him: “You will be able to enter places again, but you will still have to wear a mask.”

The mother-daughter duo had planned to attend the 2 p.m. performance at the Hobby Center. At the time, another show was also scheduled at 7:30 p.m., but that too was canceled.

“As we hoped to resume performances on Sunday, we have confirmed a positive case of COVID among our performing company,” TUTS artistic director Dan Knechtges said in a statement. “Our primary concerns are the health and safety of our performers and audiences. Unfortunately, this puts us in the position of making tough decisions and canceling performances this weekend. Performances will resume on Tuesday, December 21.

On December 20, TUTS canceled all remaining dates for its production of “The Little Mermaid” at the Hobby Center. The show was scheduled to run until December 24.

The spread of the omicron variant COVID and the recent spike in cases are beginning to affect live theater, sports and other public gatherings in Houston.

COVID HELP SERVICE: Has a vaccinated person already died from the omicron variant?

“My husband had tickets to ‘A Christmas Carol’ at the Alley Theatre,” she adds. “I was sitting in front of my dressing table getting dressed and I happened to check my voicemail, ‘Tonight’s performance has been canceled due to a COVID outbreak in the cast or crew ‘.”

Similar to TUTS, Alley Theater’s guest services team alerted patrons on Saturday that someone working on “A Christmas Carol” has tested positive for coronavirus. Ticket holders can request seats for a future show date through December 29 or for any future Alley production. Refunds are also available.

“It’s disappointing because we’ve done this whole series of ‘A Christmas Carol’ so well,” says Dean R. Gladden, general manager of the Alley Theatre. “We’ve done a lot to prepare, but the biggest thing you can’t prepare for is when it happens to you – you just have to deal with it.”

Gladden explains that his actors are already separated in respective bubbles. When someone tests positive for COVID, everyone – including production – must provide negative results. It didn’t happen in time for Sunday’s performance. “A Christmas Carol” is set to return to the stage on Tuesday.

“Customers have been so understanding to know that it’s no one’s fault. It’s a very active variant,” he says. “We see this across the country. The performing arts take a hit, sport takes a hit.”

“With the search for contracts, we didn’t have enough players to play the matches. Basketball is a smaller team,” says Chuck Pool, director of sports information at Rice. Both games are unlikely to be postponed if the dates work out. “I can’t really speculate. It would have been our last matches before Christmas.

Disruption is disappointment. Rice Athletics has managed to navigate the past few seasons without any cancellations at the end.

“We are guided by the University and we had a fairly comprehensive set of procedures,” says Pool. “If they have to take it up a notch, then that’s what I predict will happen.”

Local organizations and establishments are preparing for the worst, but hoping for the best as the omicron variant spreads through communities, destroying the best-laid plans along the way.

Lucille’s, a popular southern comfort restaurant in the Museum District, canceled its holiday party at The Ion due to the spike in COVID cases. Proceeds would have benefited Lucille’s 1913, a non-profit that fights food insecurity.

“When the pandemic first hit, we looked at trends in other cities to prepare for what lay ahead. Unfortunately, we are seeing the writing on the wall again,” Lucille owner Chris Williams told The Chronicle via text message. “We prefer to celebrate, but we hope that by doing our part, we can soon be able to celebrate again.”

Chronicle: In 2021, we became “adjacent normals” without a script

Goal! Cinemark teams up with ESPN to bring college football playoff games to the big screen