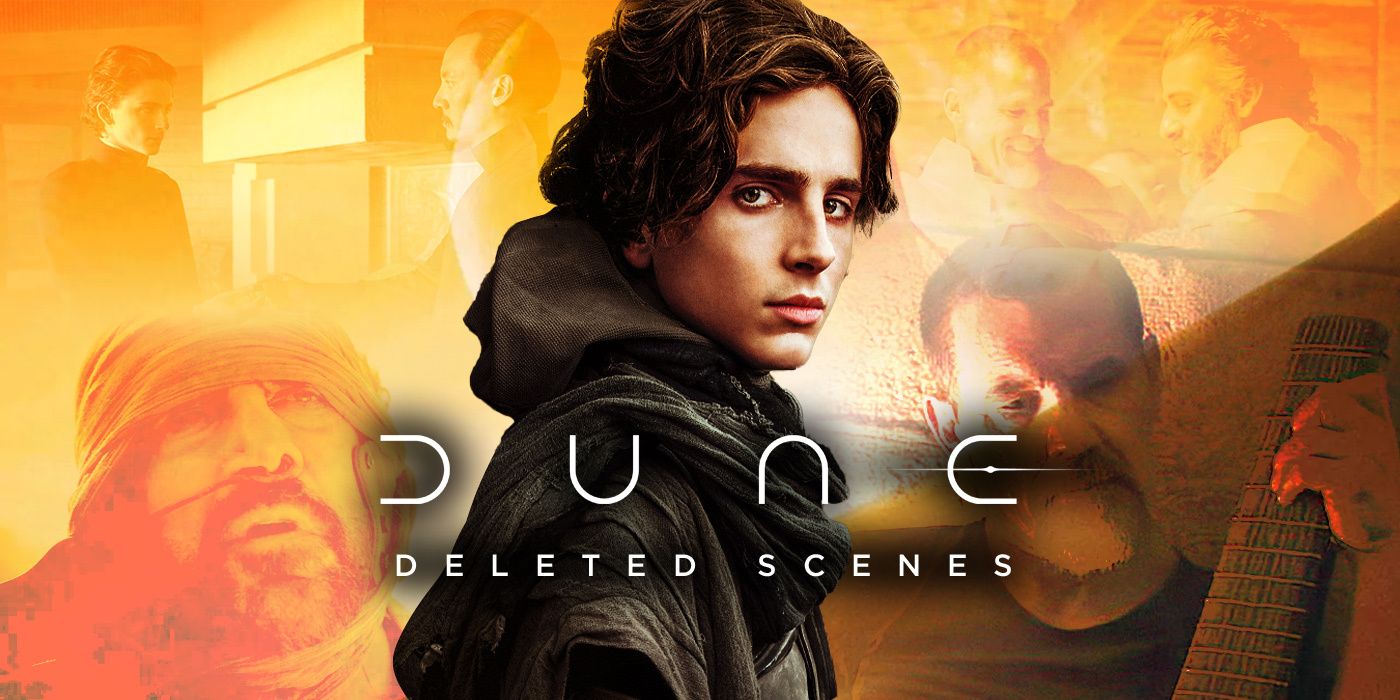 In a YouTube video, a dune the fan explored which scenes weren’t incorporated into Denis Villeneuvescience fiction movie. According to this fan, Secrets of Dune, Jason Momoa even got to see a longer cut that lasted up to six hours.

In the original version, there was a scene that matched the beginning of the film in which Duncan Idaho plunges from the sky onto the planet Arrakis. From what we can see in the original script, this scene would have been an epic moment for Duncan’s character to show off his masterful piloting skills and fearless spirit. Also, from the script, we can tell that this was supposed to be Duncan’s first introduction, so it’s hard to pinpoint where his conversation with Paul before he left for Arrakis should have been in the movie. Maybe there were supposed to be time jumps before and this scene, even though it happened at the beginning, happened chronologically around the beginning of the middle.

COLLIDER VIDEO OF THE DAY

Gom Jabbar’s scene between Paul and the Bene Gesserit matriarch was originally longer, with more dialogue between the two characters. In this extended version, the sinister but wise nature of the Reverend Mother is brought into focus. She predicts that Duke Atreides, Paul’s father, will lose control of Arrakis, which later in the film happens in the most disastrous way.

Another scene that it’s a shame not to have been included as it further established Paul’s complex relationship with his mother Jessica, was a training scene in which the two fought together. There was another Jessica scene that also didn’t survive post-production. In this scene, she wore an amazing dark red dress. It could have been part of a “banquet” scene, but it’s unclear in which scene the dress was supposed to be worn. However, we do know that there was supposed to be this party scene that included everyone from the Atreides family, including Duncan, and they were all smartly dressed for the occasion. Also in this scene, Gurney Halleck was playing the balaguet, a nine-stringed instrument that can be seen briefly in the film.

There was also a threatening note disguised as a welcome gift sent by Baron Harkonnen to the Duke which did not make it into the final cut. Along with the note were hundreds of severed fingers of spice workers who had worked under the ruthless Harkonnen. Also originally, the first scene in which the audience would encounter Stilgar was not in the Duke’s office but when he spots the arrival of the Atreides in the skies of Arrakis.

Many scenes were cut following Paul’s assassination attempt, one of which included the young heir consoling Thufir Hawat for not protecting him. In this scene that was in the final version of the script, Timothée ChalametThe protagonist tells the older man that it was his teachings that helped him survive the encounter. This scene explored Paul’s Mentat formation, which in the final cut was not as developed as his Bene Gesserit formation. “I will make you a Mentat again.” Hawat told Paul in the script. Additionally, there was another scene with Hawat, during the massacre of House Atreides by Harkonnen forces, in which fellow Mentat, Piter de Vries, humiliated him for losing.

Another dialogue scene featuring Paul that was unsuccessful was between him and Doctor Yueh. In this scene, the Doctor gave the young man a compact edition of the Orange Catholic Bible. Doctor Yueh had yet another scene this time where Jessica walks up to him. This scene was meant to show how Yueh already felt depressed by his wife’s fate at the hands of the Harkonnens, and it provided more context for his subsequent betrayal.

Finally, there was more to Paul and Jessica’s trip to Sietch Tabr that was cut. There was more dialogue between him, his mother and Chani. Concept art for the Sietch had already been created for the film even though it did not appear in the first part. We can only speculate if full scenes were filmed there.

film for Dune: part two is set to begin in July this year and the film is scheduled to premiere in October 2023. Watch the video below for more on the deleted scenes:

What kind of fight is Master Chief getting into this time around?

Margarida Bastos is a Portuguese-born writer with a keen interest in games, anime, theater, books, film, and television. Essentially anything to do with the multifaceted nature and compelling power of storytelling. She graduated from the University of London with a BA in English with Creative Writing and currently resides in Lisbon, Portugal. Other interests include psychology, philosophy, history, D&D, yoga, and an unconditional love for animals.