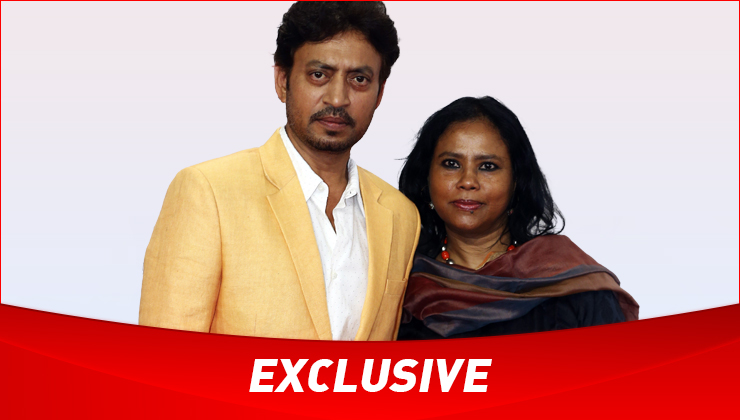 Acclaimed actor Irrfan Khan has died after a two-year battle with a neuroendocrine tumour. India’s most recognizable face in the west and quintessential actor, Irrfan Khan breathed his last on April 29. He left behind his devastated wife and two sons as well as hordes of fans and friends.

The disappearance of Irrfan Khan is a loss for the world of cinema and theatre. He will be remembered for his versatile performances in different genres. But few people know that the actor was a perfectionist.

In an exclusive interview with us, Sutapa Sikdar revealed that Irrfan Khan is a perfectionist. She further added that he made her rewrite a script five times, which no other director had ever made her do.

Speaking to us, Irrfan Khan’s wife Sutapa Sikdar said: “I used to do so much for him even as he removed the flaws. I used to wonder why am I doing so much while it removes flaws. But who he is is his personality, even with scripts, you know, I wrote something one day and he directed a few episodes of Banegi Apni Baat. I did like 301 to 257 of this show or something you know. No director ever told me to rewrite the screenplay except Irrfan. When he realized it, he made me write five drafts of the same thing.”

Sutapa Sikdar added: “The executioner he was, that’s how he is. He was a perfectionist. I was so used to it that now when I write something everyone says very well written. That’s when I miss him so much, because he was my best critic. If I wrote something, he would say it’s too cliché or why did you take the simpler route? Today I do not have this person in my life, today who would say that you are not a great writer? or What is it? I miss him, because who’s really going to scold and say work a little harder this time?”

Read also: EXCLUSIVE: Sutapa Sikdar opens up on dealing with Irrfan Khan’s death: I forgot to live without him