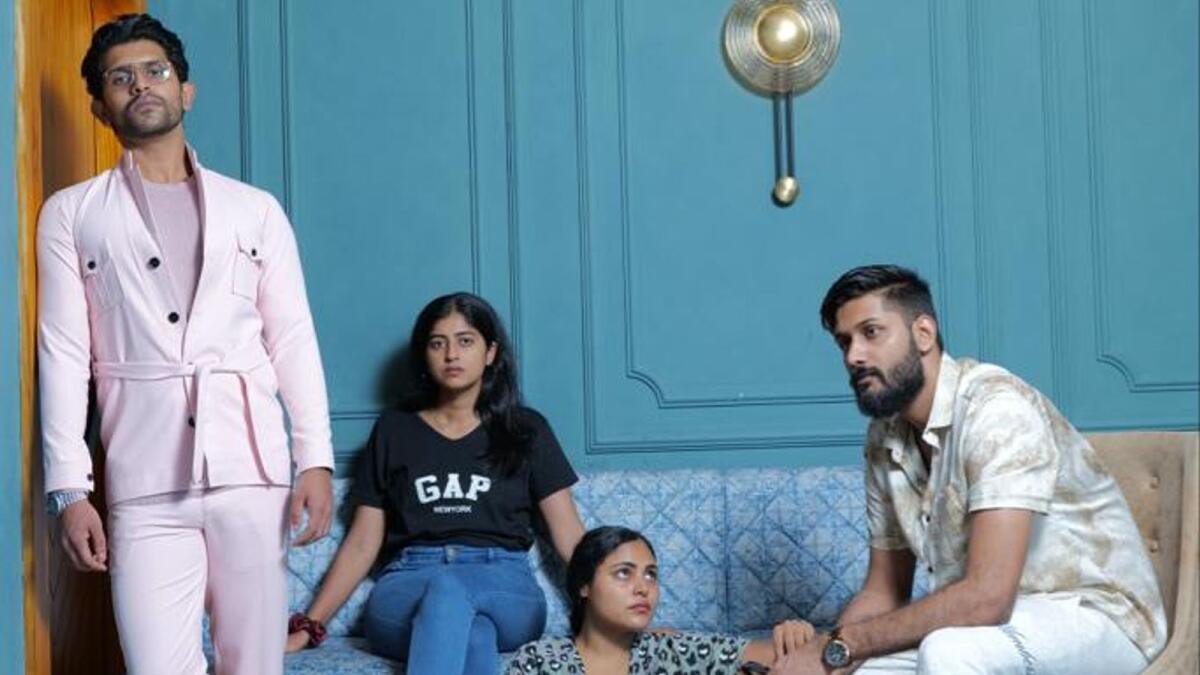 “A strong script is one of the main reasons why Kerala films enjoy global audiences compared to our counterparts in other parts of the country,” Jose said while promoting his latest film.

The director’s highly anticipated “Solomonte Theneechakal” was released across the GCC on August 25th. Stars Holiday Films is handling the distribution of GCC. City Times caught up with the director and his young stars for a chat ahead of its UAE release.

A critically and commercially acclaimed romantic thriller since its release in Kerala last week, the film explores the friendship of two young policewomen. From a story of playful friendship, the film turns into a thriller, with actor Joju George in the role of the investigator. 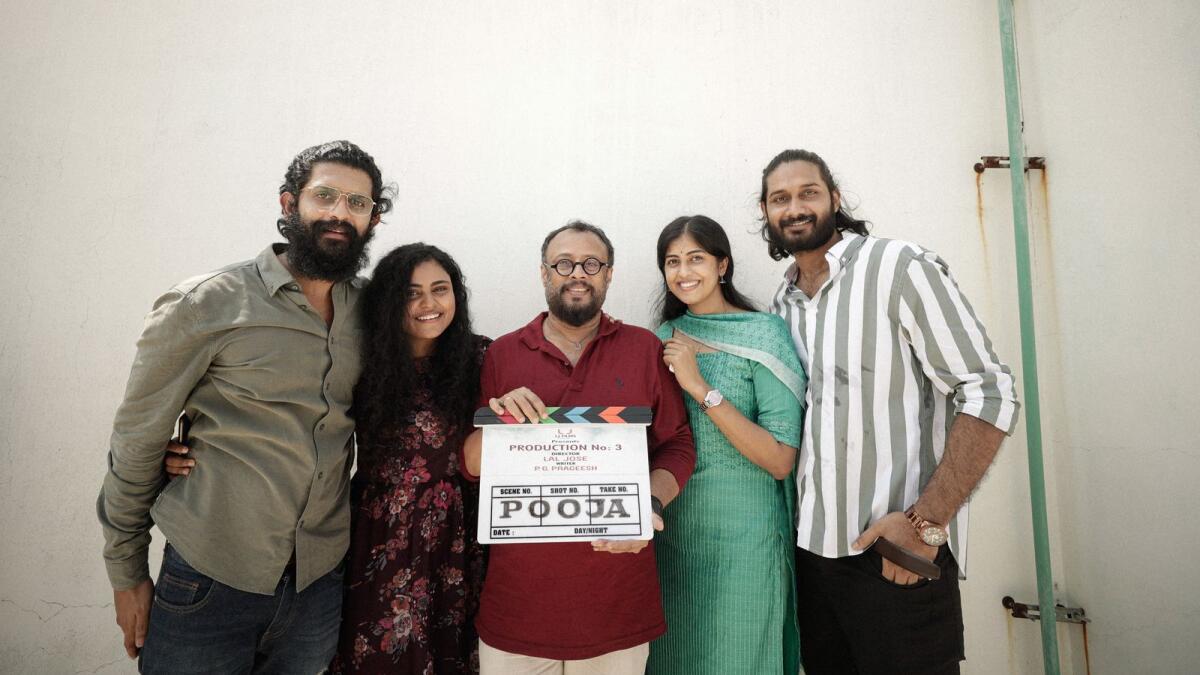 A film made for newcomers

Written by PG Prageesh, the film’s cinematography is by Ajmal Sabu and Ranjan Abraham is the editor. It also marks the return of composer Vidyasagar with lyrics by Vayalar Sharath and Vinayak Sasikumar.

“To be honest, the movie was made for the winners of the reality show ‘Nayika Nayakan’,” Jose said. “Two winners have been chosen to star in lead roles. However, I have selected two other contestants from the show to star in the film,” he added. Although the initial script for the new actors had a budget of INR 20 crore, Jose had to write another script for this purpose.

“I had given them my word and the filming schedule had several challenges. However, I’m glad we pulled it off, and the film received rave reviews in Kerala,” Jose said.

“Also, I’ve worked with them for four years and I know their strengths, characteristics and character. It was easy to work with them,” he said.

The premise of the film – the friendship of two young female police officers, Suja and Glyna, is put to the test when Suja’s lover, Sharath, becomes involved in a crime.

What drew him to this scenario?

Although Jose’s 2006 hit “Classmates” is considered a romantic thriller, Jose said he was drawn to this script because it had a theme he had never worked on.

“The movie starts off slow with lots of comedic elements and picks up speed. It’s like a flight crossing a track,” added Jose. He also praised Joju George’s performance in the film. “George started his career playing small roles in some of my movies, and today he’s a state award winner and main hero. It’s great to see his progression,” Jose said.

Interestingly, the whole movie was shot backwards, according to the director. “Our original plan was to shoot the film in sequence – start to finish. Unfortunately, the schedule for George, who appears in the second half of the film, changed. We had to shoot the most difficult and emotional scenes. at first. However, the younger actors said they benefited from this change and found it easier to shoot the funniest and comedic scenes afterwards,” he said.

Another challenge ‘Solomonte Theneechakal’ faced was the death of the director’s father in December 2021. “It also caused a setback and delayed production. The entire shoot took seven to eight months,” a- he declared.

The theater will always remain a favorite among Kerala moviegoers, Jose said. “When TV came, everyone called it the death of cinemas. However, they are still booming. The same goes for OTT platforms. When it comes to Kerala audiences, an average ordinary family would still like to go to the movies,” he said.

Moreover, out of an average of 65-75 films released every year in Malayalam cinema, around 200 films are currently released. “While it gives everyone an opportunity, the volume of movies coming out now may not be good. There are no specialties now. Big movies should stand out to grab the viewer’s attention. Also, there are 3-4 movies coming out on OTT platforms at the same time,” he added.

“The competition has gotten tough. Unless movies have huge hype on social media, they can’t do well,” he added. Although he has made 27 films in 24 years, Jose still yearns to tackle a subject he has yet to tackle. “I haven’t done a full horror movie or a full action movie yet. I’m working on such themes,” he said. 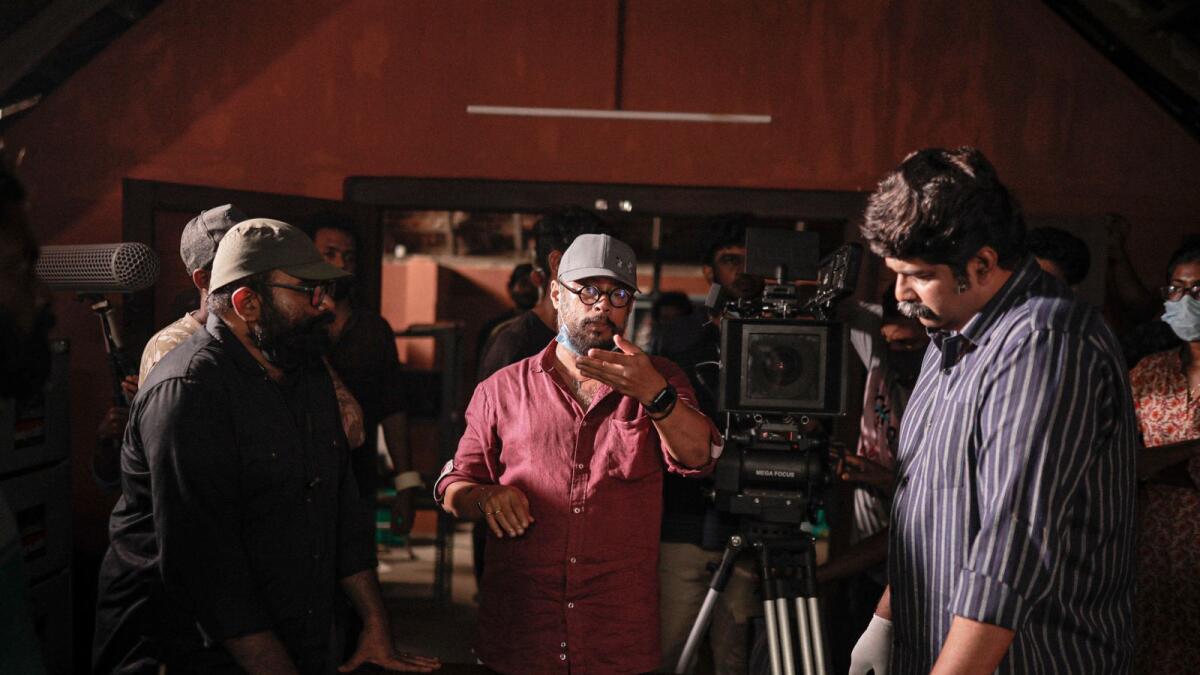 For newcomer Darshana S Nair, a nurse from Pala, Kottayam, the opportunity to star as a lead actor in a Lal Jose film is a dream come true. “As it’s my first movie, I was very stressed. However, Lal sir helped us and my co-stars became close friends.”

Darshana commented on her role in the film, “My character, Suja, plays a traffic policeman and is very concerned about her beauty. I started paying attention to traffic policewomen after working on this film. in reverse was a little difficult.However, it was also a great learning experience.I feel like I made friends for life.

Meanwhile, Vincy Aloshious of ‘Bheemante Vazhi’ and ‘Vikrithi’ said, “Since Suja is the central character, I play her best friend. We play ordinary girls who work in Kerala Police as constables.

She added, “Since I have known Lal sir for four years, the fear factor was not there. Also, this is the first film that I can entirely call my own.”

One of the male actors, Shambu Menon, said his character required limited and quirky preparations, such as growing long hair and knowing how to drive luxury vehicles like an Audi or Bentley.

“Sarath’s character isn’t as mature as me as a person. He’s a lot more impulsive. I had to think differently to put myself in his shoes. Also, I got a chance to drive vehicles luxury in the movie. I come from a middle-class family and haven’t driven luxury vehicles. It was exciting to do that for this movie.”

Addis Antony Akkara, who plays the role of CI Binu Alex, said, “I’ve always been fascinated by shades of gray characters, and that’s something that Lal Jose sir executes perfectly. He maintained that everyone had shades of gray in their personality.” Akkara said he was able to play a gray undertone cop on his terms. He said he was also inspired by a cop he met in real life. “I designed the character and Jose Sir perfected it,” he added.

‘Solomonte Theneechakal’ has now been released in all major cinemas.