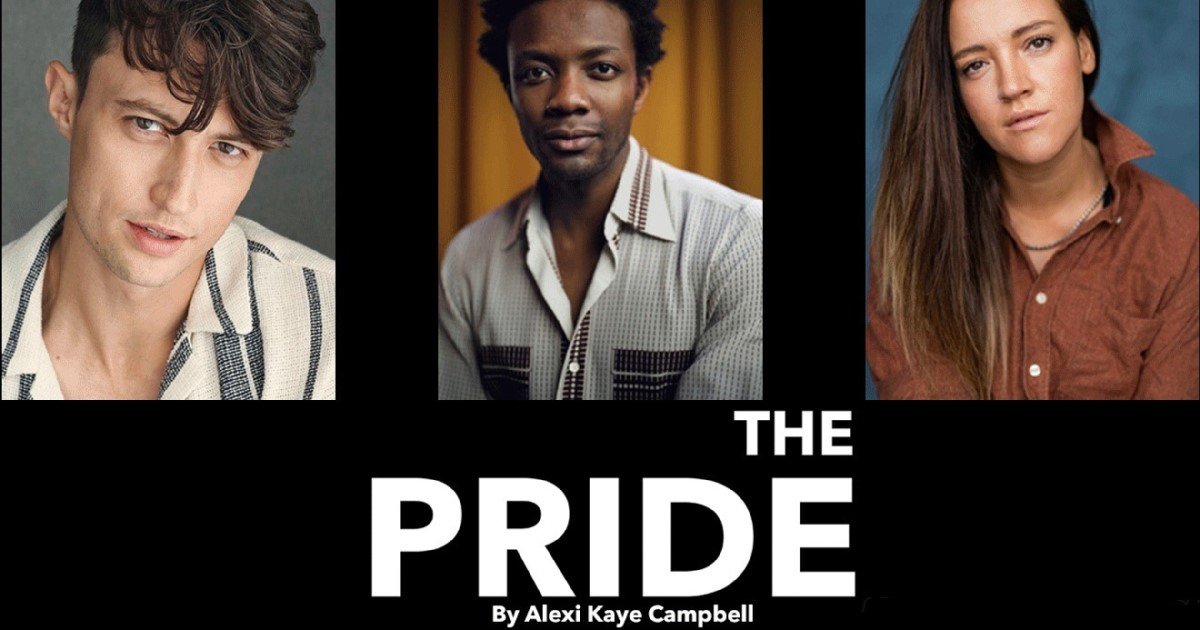 Full Cast Announced For Unique Script Of The Pride Performance

UK’s leading theater company, Ambassador Theater Group (ATG), announces the full cast of a one-time, script-in-hand performance of Alexi Kaye Campbell’s play Pride on Monday, June 27 at the Fortune Theatre. Celebrating 50 years of the first Gay Pride Rally in the UK, and in the run up to Pride in London, 75% of tickets will be priced at £25 or less, plus catering tax, for this performance of a single night.

Jordan Luke Gage (Bonnie and Clyde: The Musical, & Juliet) and Lauryn Redding (Bloody Elle, The Secret Diary Of Adrian Mole Aged 13¾) take on the roles of Philip and Sylvia, joining the previously announced BAFTA and Olivier nominee Omari Douglas (It’s A Sin, Constellations) as Oliver. Alternating between 1958 and 2008, The Pride examines changing attitudes towards sexuality, looking at intimacy, identity and the courage it takes to be who you are.

1958 Philip is in love with Oliver, but married to Sylvia. The 2008 Oliver is addicted to sex with strangers. Sylvia loves them both.

Daniel Bailey (Get up, get up), michelle tiwo and Josh Susan Enright complete the company as The Man, The Doctor and Peter respectively. Aran Cherkez directs with the sound design of El Rashid.

Creative Learning Producer Conor Hunt said, “Diversifying not just who occupies our theater spaces, but who sees theater as a space for them is an integral part of ATG’s creative learning programs, both for our audiences in the West End and across the UK. As we celebrate 50 years of the first UK Gay Pride Rally, we look forward to bringing The Pride to the Fortune Theater and bringing London’s Queer community to the fore on one of our West End stages.”

ATG Pride Network said: “ATG’s Pride Network aims to support co-workers who identify as LGBTQ+, create meaningful conversations, share experiences, and fight for long-term change within ATG, as well as within the community. live entertainment industry. Working alongside our colleagues at ATG Creative Learning and ATG’s UK IDEA (Inclusion, Diversity, Equity, Access) committee, we are proud and delighted to support a script-in-hand performance of The Pride on June 27th.

This event confirms our commitment to improving equality, diversity and inclusion by bringing an important piece that shares a vital story back to the West End. We look forward to sharing this special night with the community as part of our Pride celebrations this year and will continue to host events like this in the future.”

Alongside the production, a creative learning audio project will bring together stories about LGBTIQ+ life, from the everyday to the extraordinary within the Queer community, to create a living story that people can access through various QR codes.