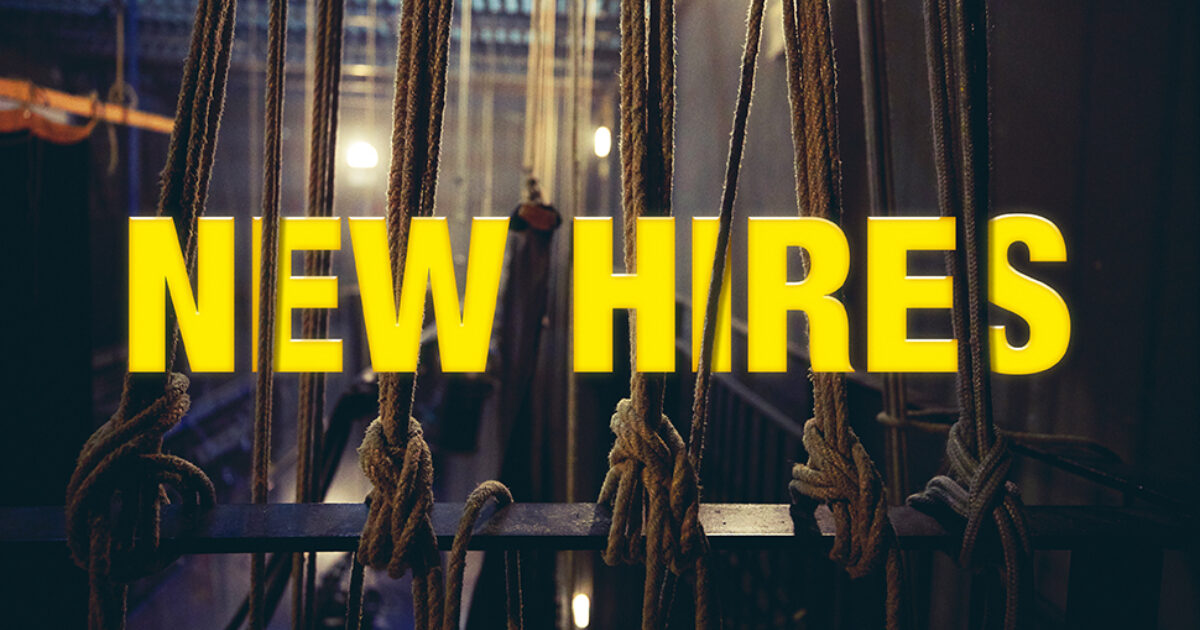 Several theater artists have been selected to take on leadership roles at Off-Broadway institutions and across the country. Read below to see who was promoted and what their plans are for the future.

Looking for a job in the performing arts yourself? Visit Playbill jobs Where subscribe to the new newsletter for opportunities tailored to all theater professionals, from actors and musicians to technical and administrative fields.

Kamilah Long
Managing Director, Play on Shakespeare (Ashland, Oregon)
After holding several positions at the Oregon Shakespeare Festival over the past five years, Long transitioned to the nonprofit organization focused on contemporary translations and adaptations. “I believe in the mission of Play On! and how he wants to engage with the world, what he aims to achieve, and his ability to change the world by making things happen in such beautiful and necessary ways,” says Long, who is also known for her work. in the community as a thought leader in the field of EDI. In this newly created role, Long will provide shared leadership with CEO and Creative Director Lue Douthit. “She sees the world through a broad creative lens and has extensive experience as a producer on the art side and senior director on the development side,” says Douthit.

Sajal Javid
Director of Human Resources, Equity, Diversity and Inclusion, Alley Theater (Houston, Texas)
As part of its initiative to increase EDI in the workplace, The Alley promoted Javid after two years with the company. Working with Artistic Director Rob Melrose and other leaders, Javid developed theater-wide EDI Core Values ​​and implemented ongoing anti-racism training for all staff. “The challenges of the past six months have presented The Alley with a tremendous opportunity to effect positive change as we work to create a more welcoming and collaborative culture and become a more diverse and inclusive theater,” Melrose said.

Melay Araya
Artistic Director, Town Hall (New York, New York)
Since 2018, Araya has worked at City Hall in the joint role of Associate Art Director and Archivist. “I feel honored to build on [the company’s] strong and inspiring legacy of being the ‘room for all’,” says Araya. “In the face of the ongoing pandemic, protests, political, environmental and social change around the world, City Hall will strive to provide the public with art, entertainment, education and inspiration. ” Araya is also the host of A century of history and songthe retrospective digital series of the town hall.

Casey York
President, The Off Broadway League (New York, New York)
Having served on the Off-Broadway League’s board of directors since 2018, York holds a leadership position within the volunteer-run organization while currently serving as chair of the reopening task force. York has previously worked on bargaining committees, the Lucille Lortel Awards and sexual harassment prevention, among others. “We must seize this opportunity to reinvent and lay the foundation for the necessary industry-wide changes,” York says, while acknowledging the league’s majority white stakeholders and announcing plans to hold the organization responsible. Additionally, Evan O’Brient and Steven Chaikelson have been named 2nd Vice President and Treasurer respectively. Four new board members were also announced: Emily Currie, Toni Davis, Teresa Gozzo and Kyle Provost.

David Moore
Acting President, Dramatists Play Service (New York, New York)
Moore succeeds Peter Hagan, who announced his upcoming retirement earlier this year. The professional, who has worked at DPS for 17 years, will add presidential duties to his current role as vice president of finance and administration, until a more formal search for a permanent replacement is possible. Additionally, Craig Pospisil, a 30-year veteran of the company and currently Director of Non-Professional Licensing, has been promoted to Vice President of Acquisitions. “Our board has made stellar choices in David and Craig for these new positions, and I have eminent faith in their ability to usher DPS into its next chapter,” Hagan said. New appointments will begin on October 1.