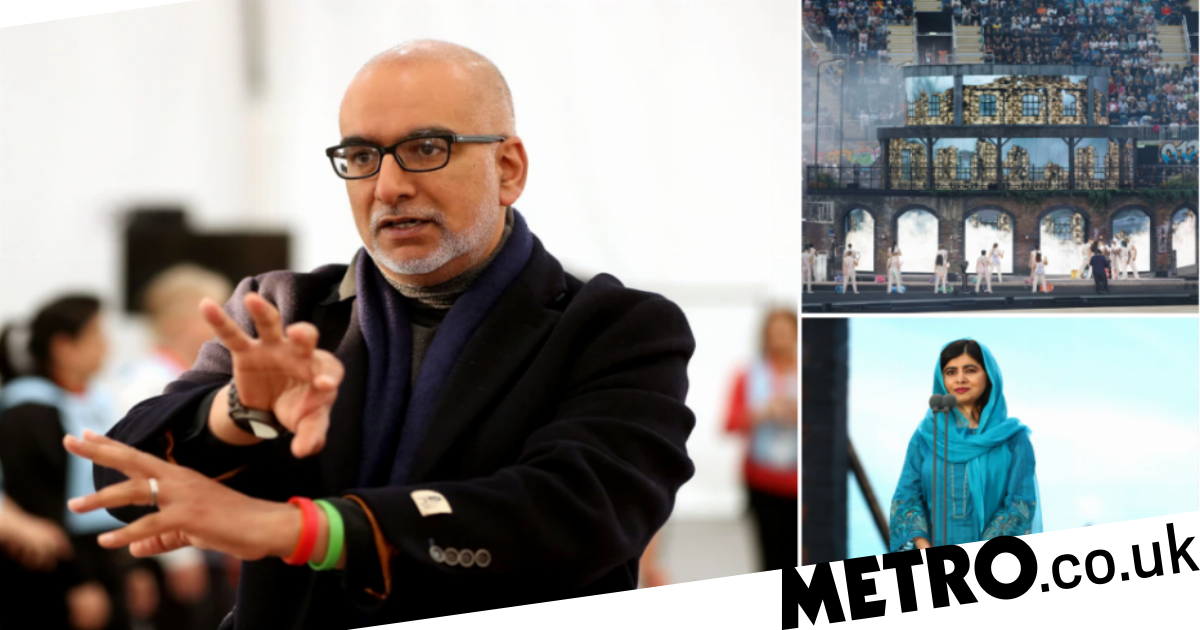 Birmingham is experiencing something of a renaissance thanks in large part to one man: theater director Iqbal Khan.

As Iqbal’s acclaimed production of Molière’s 1664 French satire Tartuffe draws to a close at Birmingham Rep, the director, Royal Shakespeare Company specialist and associate artist at The Rep, sat down with me to take stock on what turned out to be a remarkable year for him.

Because in addition to Molière’s classic comedy about religious hypocrisy, which The Kumars At No 42 writers Anil Gupta and Richard Pinto transferred from a Catholic family living in the Paris of Louis XIV to a Muslim family living in the modern Brum, there was that other show success of Iqbal.

This lasted only one performance when it opened earlier in the year. However, it turned out to be one of the country’s few – perhaps only – feel-good moments in a time fraught with anxiety about war and the cost of living.

We talk about the surprise success of this year, the opening ceremony of the Commonwealth Games in Birmingham.

“It was terrifying,” admits Iqbal with a contrite chuckle. The star-studded cast of the event included Prince (now King) Charles driving a vintage Aston Martin, pop greats Duran Duran, a massive mechanical bull (representing the city’s bullring and industrial past ) and the youngest Nobel laureate, Malala Yousafzai, who was treated at the city’s Queen Elizabeth Hospital after being shot and nearly killed by the Taliban.

“But it was ultimately very rewarding,” adds Iqbal with pride and perhaps a hint of relief that all of that is behind him. We sit in the slanting sunlight by a window in the lobby of the National Theater on London’s South Bank.

“I relied a lot on the people I worked with, but the responsibility was mine,” he says of the spectacular Games ceremony. As if directing the event wasn’t daunting enough, Iqbal knew the outcome would inevitably be compared to director Danny Boyle’s much-loved opening ceremony for the 2012 Olympics.

“I spoke to Danny very early on. He was very generous,” says Iqbal, whose production triumphed in part because of his theatrical directing skills, but also because his roots are in Birmingham, where his parents moved from Jhelum in Pakistan and where Iqbal now lives with his wife, fellow RSC director Kimberley Sykes.

But what Danny’s Olympic ceremony lacked – apart from the Irish dancers, the giant books on the stems and comedian Joe Lycett – was Malala’s moral authority.

“It was very clear to me from the start that I wanted her to be involved in some way and ideally to reach out to us,” says Iqbal.

“She is so eloquent and symbolizes something very important about Birmingham.”

Malala was just one of the ways Iqbal wanted to reflect the city’s sense of renewal while acknowledging the colonialism of its past – and that of the Games.

“After all, it was the Empire Games,” observes Iqbal. “We decided to challenge head-on the really uncomfortable and problematic imperial connotations of this word.”

With the Games now a fond memory in the minds of director and audience, it seems that Iqbal is now more comfortable creating works rooted in his own Pakistani Muslim heritage than he was when he was making a name for himself. At the time, the theatrical establishment’s assumption that a British Asian director would be best suited to tell British Asian stories was something he resisted.

“I was interested in the classics and wanted to be celebrated for being a good director, not for being a British Asian.” So I leaned into one type of work and resisted the other for a while in my career.

Whether Asian or non-Asian, his future plans are shrouded in secrecy when I ask what’s next.

But there is a new project that could be described as the perfect combination of British and Asian heritage. Shortly after this interview, Iqbal became a father for the first time at 52 years old. When the subject came up in the interview, he was beaming at the thought of being a dad.

Tartuffe is at Birmingham Rep, until tomorrow.