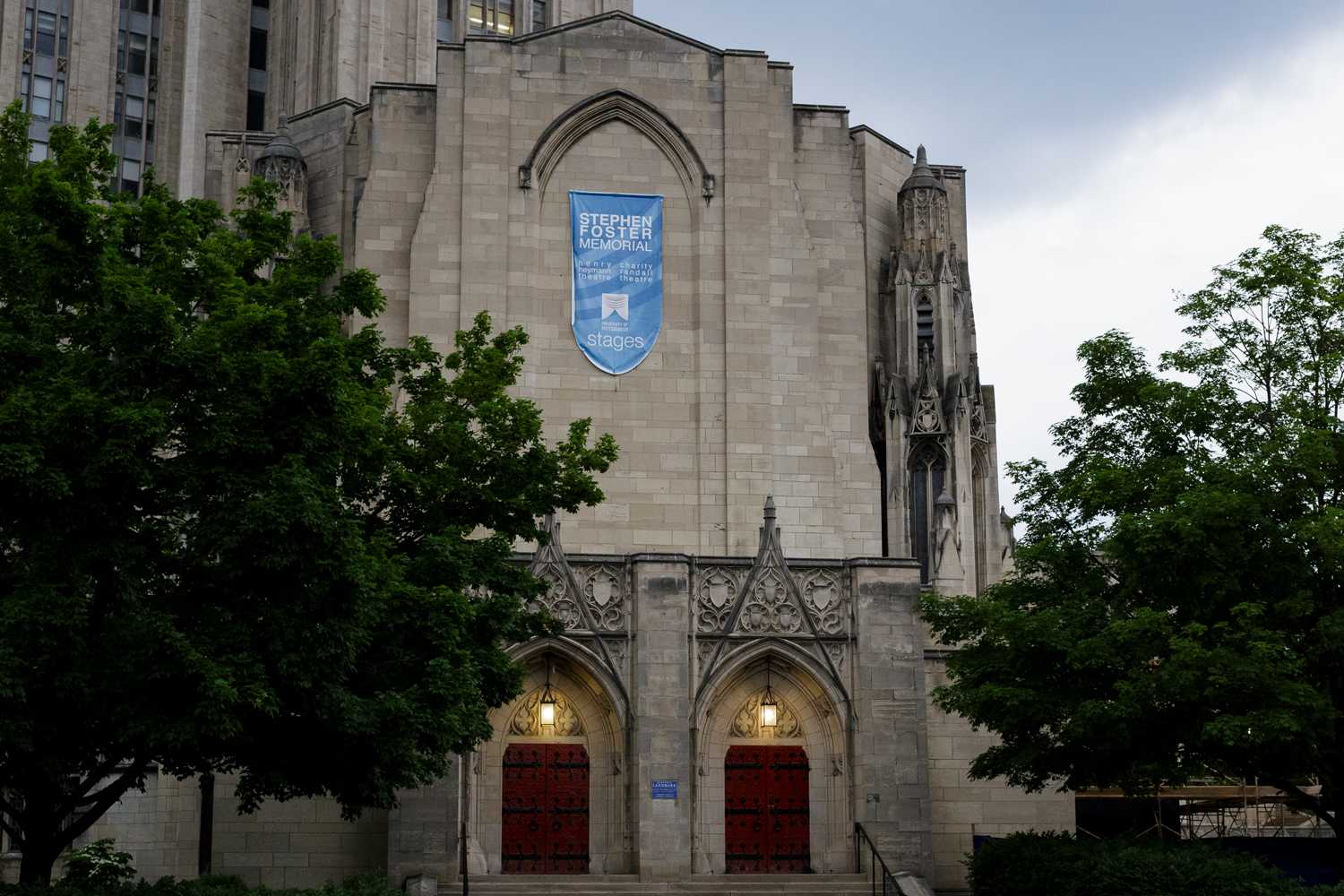 As the curtains reopen on Pitt Theater productions after no in-person performances for over a year, the theater arts department faces a new challenge. Its production budget has been cut significantly, according to department operations manager Ashley Martin.

“From what I understand, our production budget had been reduced [at] about 50%,” Martin said. “But other budget items, including something I’m trying to work on right now, ASL interpreting, which is funded by the dean’s office, which has been cut to 65 percent.”

Many leaders of the department – which has 52 major students and 82 minor students – are worried about the future of the program given the lack of money. Some even sent letters to Kathleen Blee, dean of the Dietrich School of Arts and Sciences and the College of General Studies, trying to advocate for increased funding.

A spokesperson for Pitt said the theater program budget cuts were due to university-wide budget cuts.

“Pitt Stages’ operating budget has been reduced as a result of decisions made by the Dean’s Office in response to permanent university-wide budget reductions made over the past two fiscal years (FY21 & 22). These cuts were unrelated to COVID,” they said.

Pitt has adjusted his budget throughout the pandemic, including two cuts in the 2020-21 budget – one permanent at around 3.7% and one temporary at around 5%. Pitt reinstated the temporary 5% budget cut this year, but officials said a permanent reduction of 1% was applied this year to “balance the budget while continuing to support faculty and staff compensation increases, as well as other key initiatives”.

Martin also said the funding cuts were reducing the program’s ability to provide certain services, such as ASL interpretation for shows. Pitt cut theater department funding for ASL acting by 65%, she said.

“We would typically have five shows with one night of ASL-performed offerings for the audience,” Martin said. “We had to cut four of them, so four of our five shows this semester won’t have those services available.”

Martin said budget cuts also limit the amount of training, in areas such as stage design and lighting, that the department can provide to students.

“Our production and general operations are challenging,” Martin said. “We’ve had to minimize sets so that students learning to design sets and build sets are working with far fewer materials and working in conditions that won’t necessarily give them the best training and the best opportunity to be competitive. in a market. ”

“The budget goes entirely to our productions,” Bonner said. “The only thing that is affected by this budget is the budget we have for sets, costumes, lighting and sound, and the ability to hire outside artists to come and direct the shows. [and] design the shows. Which is a great learning opportunity for a lot of people here, because it gives us the chance to work with people who aren’t just our teachers.

Martin also said she thinks the program will likely be smaller in the future, due to funding cuts.

“It was really difficult, because for a lot of tech students in particular, you don’t have the same opportunities to work with lighting and sound and all that stuff,” Bonner said.

Annmarie Duggan, the department’s acting chair, said it was difficult to get productions back up and running after being shuttered for more than a year.

“Our spaces have been idle for 18 months,” Duggan said. “Which in itself poses challenges as we get back on track.”

Now that classes are resuming in-person instruction this semester, Martin said the budget cuts directly affect the quality and accessibility of department courses and credits, which students in the theater program must complete to graduate.

“The slow pace and rehiring and reassignment positions is a huge challenge when we are expected to meet the same number of educational course requirements that include our production,” Martin said. “Our production, a lot of students take them for credit…everyone is very much in demand to make what is still possible, possible, for the students.”

“Smaller shows, maybe even fewer shows a year,” he said. “There’s just a certain amount of money that has to be allocated to everyone.”

Duggan said she remains hopeful about the prospects for Pitt Stages productions in the future.

“The bottom line [is] we just have to think smaller than before the pandemic and find creative ways to solve problems and create our work,” Duggan said. “Whether [the] budget [does] not return to pre-pandemic levels, [we] will need to assess the scope we can produce with the resources we have.

Going forward, Duggan plans to reassess and adjust the department’s operations amid budget cuts, and also hopes the theater program will receive more appreciation for its space in the community.

“If these cuts remain, we’ll have to rethink the model we’re working under,” Duggan said. “The arts are an important part of any higher education institution. The Theater Arts at Pitt is a small but mighty department. I hope this will be seen and appreciated as funding becomes available.

The Department of Theater Arts presents The Living – The Lawrentian