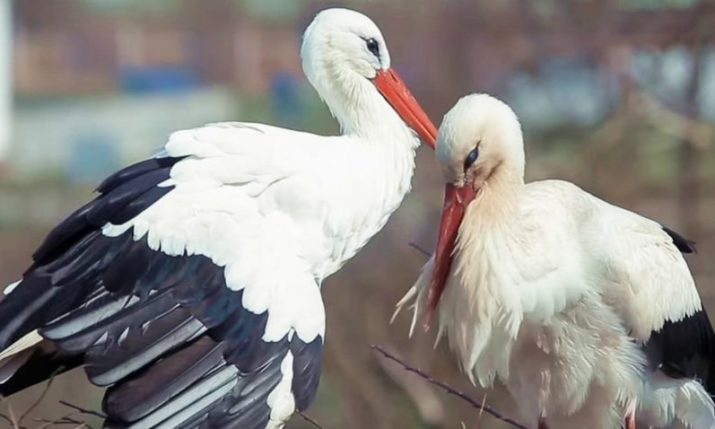 The remarkable 16-year-old love story of two long-legged birds from eastern Croatia has now been turned into a play.

The love story of the storks Klepetan and Malena has captured the hearts of many for 16 years now. The two storks made their nest on a chimney in Brodski Varos, eastern Croatia, more than two decades ago. The pair would fly together until poachers injure Malena’s wing, which would restrict her flying abilities.

Every winter for the past 16 years, Klepetan left Croatia and traveled more than 13,000 km to the warmer climes of Africa. Without fail, however, Klepetan still somehow managed to negotiate a return to Croatia in the spring when the weather warmed up to reunite with Malena.

The story is about love, loyalty and the need for coexistence between man and animal.

“Based on real events, a real contemporary story has been written with elements of Dr. Dolittle’s story where people and animals talk and everyone understands. There are also actors and puppets with video projections , which will cover the ceiling of the theater at some point, which will certainly surprise the children,” Mesarić said.

Love in the first instance

The love story, which has generated a lot of local and international interest, is a true motto for a wider educational life story and the protection of migratory birds that have been exposed to great distress on their migratory path.

The piece is created in cooperation with the public institution ‘Zeleni Prsten’ and GK Žar Birds who participate in stork protection projects in Croatia. Find out when the play is playing on the theater’s website here.