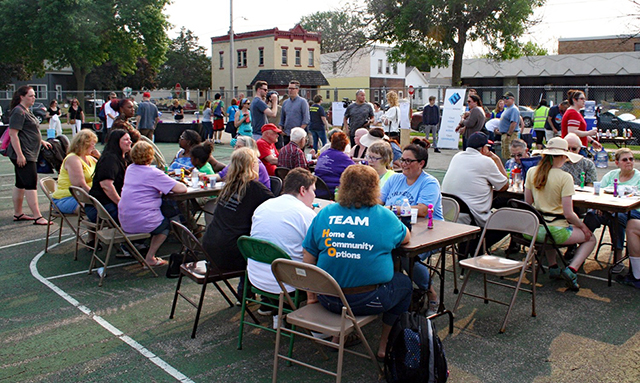 In the words of Torrie Allen, President and CEO of Arts Midwest, â€œAs the pandemic continues to wreak havoc across the country, small arts and culture organizations are suffering deeply. Because of deep inequalities and a historic lack of resources, some suffer more than others.

And several are being helped by COVID-19 relief grants from the United States Regional Arts Resilience Fund. Launched earlier this year with a $ 10 million emergency grant from the Andrew W. Mellon Foundation, headed by poet Elizabeth Alexander, the fund is administered by six regional arts organizations in the United States, including Arts Midwest. The states supported by Arts Midwest are Iowa, Illinois, Indiana, Michigan, Minnesota, North Dakota, Ohio, South Dakota, and Wisconsin.

In July, Arts Midwest distributed its $ 1.5 million in Mellon funds among 30 arts organizations, each providing unrivaled grants of $ 50,000 to $ 55,000. The 30 included 22 BIPOC organizations (led by and serving people of color and / or indigenous communities) and 11 rural organizations (located in and / or serving communities of 50,000 people or less). All were organizations with annual pre-COVID budgets of between $ 250,000 and $ 10 million.

The article continues after the advertisement

In August, Arts Midwest announced it had received a historic donation of an additional $ 1.5 million from an anonymous donor. He turned to smaller organizations with annual pre-COVID budgets between $ 50,000 and $ 249.00. Yesterday (Wednesday, December 2), he announced 61 recipients of grants ranging from $ 10,000 to $ 50,000, including 30 BIPOCs and 32 rural organizations.

All recipients can use their Resilience Fund grants for their most urgent needs and opportunities. All nominees – the 91 recipients were chosen from more than 800 Midwestern organizations nominated by community members – will have access to free capacity building resources and Midwest Arts webinars over the coming months.

V is for virtual, L is for live and in person.

V Today (Thursday, December 3): The Loft: From the start: Jim Moore, Michael Dennis Browne and Margaret Hasse. These three poets have been part of The Loft and its writing communities since its beginnings in 1974. Browne and Hasse have new books this year; Moore’s next one will be published by Graywolf in 2021. Moore and Browne are among the original founders; Hasse teaches poetry there. Browne’s last book came out in 2018; all three will read. Bring your questions for a short Q&A at the end. 7 p.m. IMF and tickets ($ 10, free as a thank you to Loft members).

V Starts today (Thursday, December 3): Northrop and the Walker Art Center: Kinetic Light: â€œDESCENT. ” This first in line, a collaboration between Northrop and the Walker, also signals the return of the Walker’s performing arts season, usually announced in June but hampered, like everything else, by COVID. It’s sad that we can’t see it in person, like everything else, but when the dance is filmed well it can be thrilling – most recently, “GALLIM” by Andrea Miller and Helix Films, presented by Northrop in December to launch its dance season. . In “DESCENT,” a meditative ride through a queer interracial love story, disability activists Alice Sheppard and Laurel Lawson perform on an elaborate structure of slopes, peaks and curves. Almost everything you see and hear will be the work of artists with disabilities. The performance will be followed by a conversation with the artist. 8 p.m. IMF and tickets ($ 18.50, Walker members $ 13.50). Available until Saturday December 5th.

The article continues after the advertisement

V starts Friday (December 4): History Theater: “The Betty Crocker Musical”. It makes perfect sense that there will someday be a musical about Betty Crocker – and the changing roles of women as seen through the lens of the makeup character of General Mills. Ordered in March 2020, it was not expected until January 2021, but Cristina Luzarraga (book and lyrics) and Denise Prosek (music) agreed to “cook something up” a little earlier. Austene Van is the director; the impressive cast includes Michelle Barber, Aimee K. Bryant, Rajana Katarah, Kim Kivens, Ann Michels, Sara Ochs, Britta Ollman, Lara Trujillo and Regina Williams. The last Raw Stages Zoom workshop of 2020 will feature a first act of approximately 30 to 40 minutes. IMF and banknotes ($ 15-50 per person). Until December 10.

V starts Saturday (December 5): Jungle Theater: “Is Edward Snowden single?” The world premiere of a new comedy by Kate Cortesi is also the first full-length virtual production of The Jungle. With Becca Hart (“Les loups”, “Ride the Cyclone”, “Small Mouth Sounds”), Isabella Star LaBlanc (“Little Women”, “The Wolves”, “Autonomy”) and some of the animations of Hart, directed by Christina Jungle Interim Artistic Director Baldwin, it will be a whole new experience. IMF and banknotes ($ 35). Until December 20.