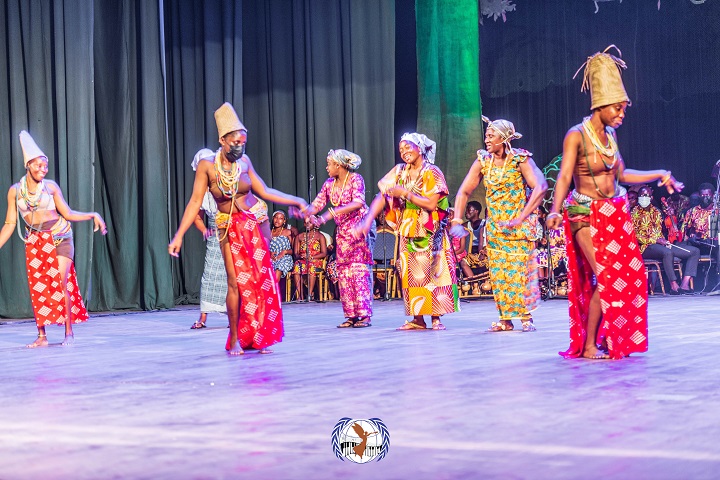 It is said that the culture of a people identifies them and the patrons who attended the public screening of the last play of the National Theater. Ayiyii Over the weekend, attended the exhibition of the rich culture and traditions of Ghana.

From the opening of the play, the customs of the people of Wa were enacted when Ayiyii’s mother, Mrs. Yarney, conceives it for 16 months. According to the customs and rituals required for such an event, the guests were taken through customary rites to deliver her birth.

Ayiyii, the main character was born and raised with special traits not common in other children his age.

This prompts him to seek greener pastures far from his native land and this is how the plot unfolds, taking patrons through regions and displaying their rich culture.

After hearing that there is gold in other places, Ayiyii sets out on a journey to obtain it. His first stop is in the Bono area where he learns about the culture of the people through their festivals.

From there he moved to the Ashanti region and experienced funeral rites as a major part of the culture of the people. Always in search of gold using his cunning means, he moves to other places until he arrives in the central region. There he finds a wife and the bosses get to know the customary rites of the people.

Not satisfied with the result of his stays since he did not find any gold, Ayiyii continues until he arrives in the Greater Accra region. Without any knowledge or experience of boxing, which is common with Ga-Dangmes, he gets involved in a boxing fight where he loses miserably.

Also with the natives, Ayiyii experiences the fortification and blessing rituals of the twins and their families by the Ga people. He also celebrates the Homowo feast with the people but with his greedy nature he steals a bowl of ” kpokpoi “the traditional food for the celebration of Homowo assuming it’s a pot of gold.

Unfortunately for him, he is caught and in his attempt to escape the wrath of the people, the pot of kpokpoi falls and shatters into pieces.

In an interview after the show with the artistic director of the Ghana Drama Company, Mawuli Semevor, he mentioned that the play is a staging of popular folklore. Ananse and the pot of gold.

The piece is interspersed with dances from different regions, which makes it a pleasure to watch. The costumes used are very appropriate and rich representing the different cultures of the Ghanaian people as well as their dance and food.

The play, which is presented under the aegis of the Ministry of Tourism, Arts and Culture is a collaboration between the three resident groups of the National Theater, namely the National Theater Company, the National Dance Company and the Orchestra National Symphony and Professor Sowah Mensah, playwright. , composer and writer.

There will be a recall of the play on Saturday 13th and Sunday 14th November.