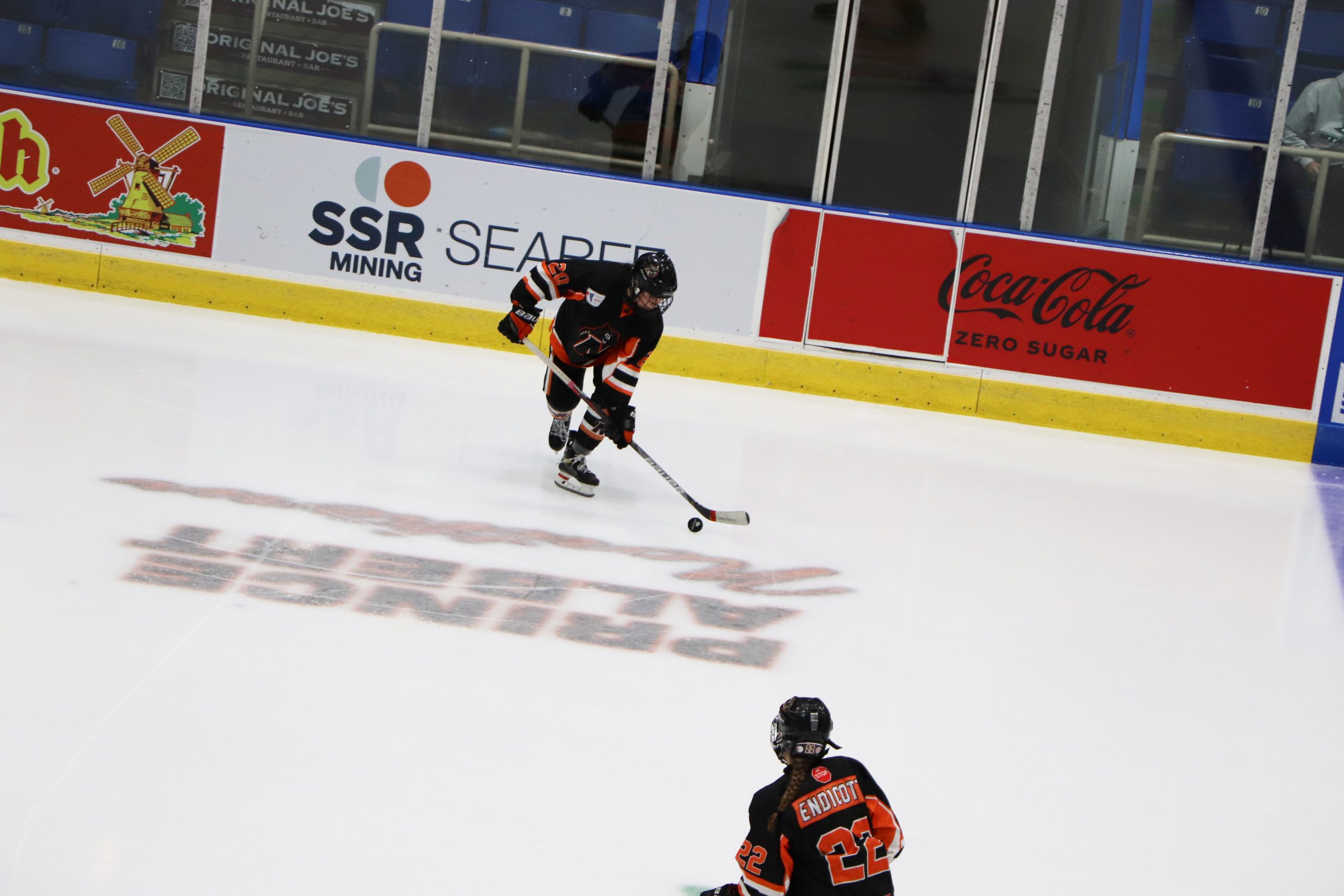 It was a tough weekend for the Prince Albert Northern Bears as they lost two games at Wilcox to the Notre Dame Hounds in SFU18AAAHL action.

“Similar to what we did, we faced a team that worked as hard as we did but at the same time they did the little things that got ahead of them this weekend.”

Felicia An opened the scoring on Saturday with a power play goal just over three minutes into the game. Sophia Kuzminski will add another for Notre Dame a little over two minutes later.

Claudia Lammers responded for Prince Albert with 2:43 left in the second period to make it 2-1 after the first quarter.

Notre Dame scored the only second-half goal as Alyssa Rasmuson scored just over seven minutes to extend the Hound’s lead to 3-1.

Kyra Anderson scored on the power play just over five minutes into the third to extend Notre Dame’s lead to 4-1.

Prince Albert fired back just over fifteen seconds later as Jacquelyne Chief scored a power play goal to make it 4-2.

A slow start to Sunday’s game proved costly for the Northern Bears, who lost 3-2.

Alyssa Rasmuson and Kyra Anderson would score in the first period for Notre Dame. Virginia Harazny would strike just under two minutes into the second period and that’s all the Hounds would need to claim a 3-2 victory.

Tristyn Endicott and Jasmine Kohl scored for Prince Albert in the losing effort.

Young said he thought the Northern Bears tried hard after not playing their best against Saskatoon earlier in the week.

Although the Northern Bears’ record was 2-9-0-0 at the start of the season, Young says the team is showing promising signs and developing well as it prepares for the Esso Cup in Prince Albert in spring.

“You can learn against any team you play. When you play against a team like Notre Dame, they’re going to work hard against you and do the little things so that we can learn that way. When we did those things , we had the advantage. And to control what we can control. We are where we are in terms of wins and losses, we just have to work hard.

The Northern Bears return to action on Saturday afternoon when they host first-place finisher Regina Avana Rebels. The puck drop is at 1:30 p.m. at the Art Hauser Center.