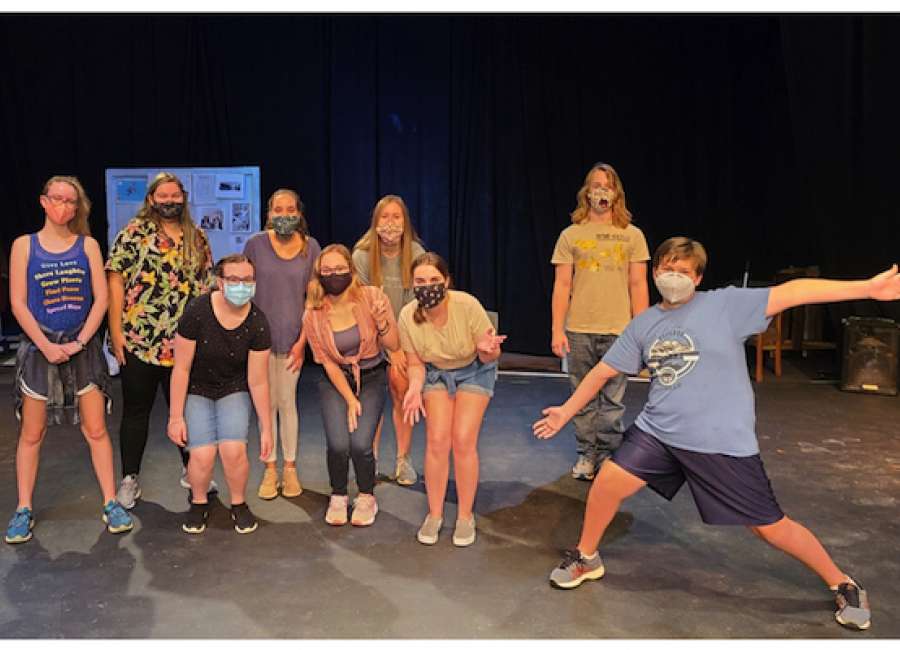 The Newnan Theater Company recently added classes for high school students to its long-standing Academy of the Theater Arts program.

Since 2012, NTC has been offering Academy courses during the school year for primary and middle school students. This year, these courses and all other NTC programs are on hold due to the COVID-19 pandemic.

However, NTC used two grants to renovate a rehearsal space and came up with a plan to serve 10 students while maintaining social distancing.

Grants from the Coweta Community Foundation and the Newnan Rotary Club funded the renovation of a 900 square foot studio – formerly the NTC Workshop – to become a dedicated rehearsal space for the Academy’s new high school program, with new walls, doors, lighting, and heating and air conditioning.

Participants started the program in early September and meet every Thursday for 90 minutes after school.

Not only is the space new, but NTC has also recruited an experienced instructor, new to NTC, to lead the high school program.

Lindsey Archer holds a Bachelor of Fine Arts in Theatrical Performance from Valdosta State University, where she was a Bernard Linger Fine Arts Fellow. She has worked as a performer, choreographer, director and teacher all over the country.

Prior to returning to Atlanta, Archer worked as an entertainer in New York City, and she was also a resident choreographer for the Charleston Stage Company in Charleston, South Carolina.