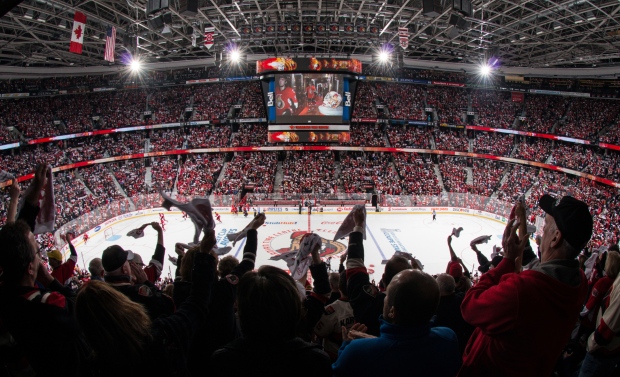 Ontario reduces capacity limits for Senators and 67 games to 1,000 people

Fewer people will be in the building for Ottawa Senators and Ottawa 67 games, concerts and theatrical events as the concerning COVID-19 Omicron variant continues to spread.

The Ontario government says that starting at 12:01 a.m. Friday, spectator capacity will be limited to 50% of usual capacity or 1,000 people, whichever is lower, in the following indoor areas:

Two weeks ago, Ontario reduced capacity to 50% of indoor entertainment venues, sports stadiums and meeting and event spaces with an indoor capacity of more than 1,000 people.

“Due to current attendance restrictions in certain Canadian cities, nine additional games will be rescheduled to dates later in the season when these restrictions can be relaxed or lifted,” the NHL said in a statement Tuesday.

The Senators’ next home game is scheduled for Monday night against the Minnesota Wild, before the team begins a five-game road trip. After that, they will next play at the Canadian Tire Center on January 18 against the Buffalo Sabres.

The Ottawa 67’s next home game is scheduled for January 14 against the Peterborough Petes at TD Place.

The 67’s said Thursday night that all ticket holders for the next three home games will receive an email next week with more ticket details.