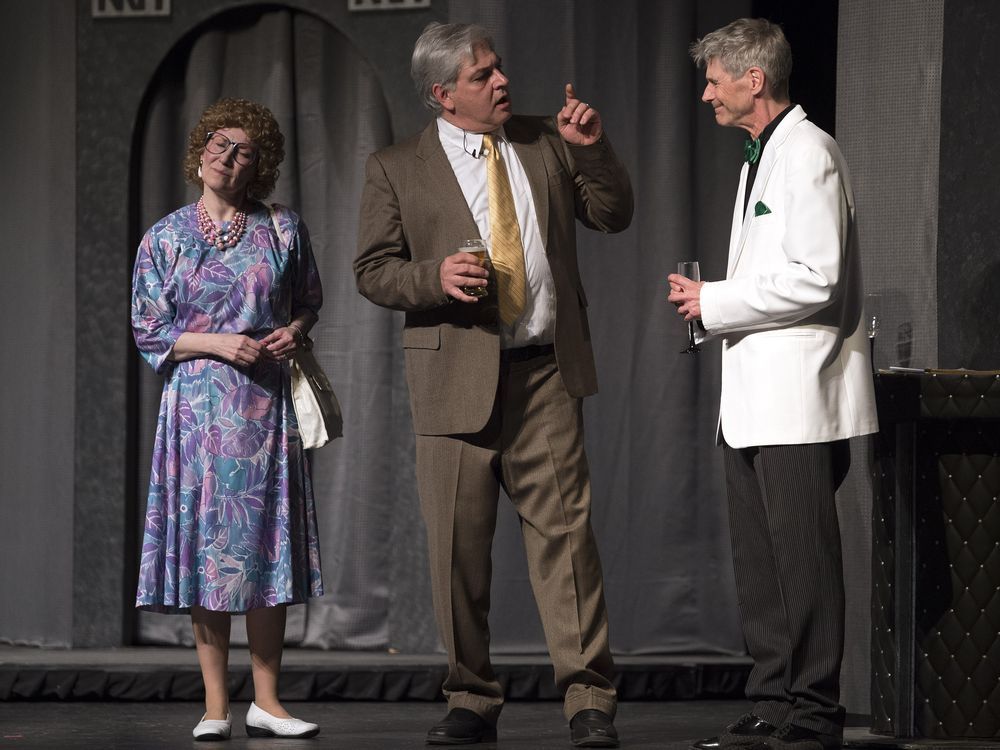 Every night of opening night, audiences at the Regina Little Theater expect “lots of great hijinks.”

“Confusion is definitely the right word for what’s going on,” said Bryce Schlamp, who directs the Norm Foster comedy which runs April 24-27 at the Regina Performing Arts Center.

The crux of the plot is that Jack and Ruth Tisdale are celebrating their 25th wedding anniversary with an evening at the theater. Jack (played by Kevin Rispler) would have been happy to stay home and watch baseball, but Ruth (Bonnie Senger) wants something more.

So they attended Whisper on the Wind at the Charles Killian Theater Noir Repertory House, which Schlamp describes as “off-off-off-off Broadway…not the most professional of companies.”

“The beauty of this play is that it’s kind of a play within a play, so it takes place in the lobby of the show, but also in the space of the theater itself, and you can see the show in the show,” Schlamp added. .

It includes an “over-the-top” cast of characters:

“There’s the director (David Warford) and his girlfriend (Nena Hawkes) – she’s pregnant and she’s trying to tell him, but he’s too engrossed in everything that’s going on for the opening night of this play” , Schlamp said.

“Norm Foster is awesome. He writes characters, they’re in funny situations, they do funny things, but there’s always that kind of emotional truth behind them, so they’re always kind of relatable,” Schlamp said.

“The emotional core of this piece is kind of this desire for growth or change. …Ruth has been stuck in her marriage for 25 years and she feels like she’s never been through anything, it’s her second time in the theater and she wants to grow and learn new things and the kids have moved on and all that kind things . And Jack is more resistant to that; he is comfortable in who he is and what he does.

“So it’s fun to put yourself in Jack’s or Ruth’s shoes, depending on who you relate to more, and then how they experience the craziness around them.”

The opening night will take place Wednesday through Saturday, April 24-27, at 7:30 p.m. at the Regina Performing Arts Centre.

It will also be presented on Tuesday, April 30 at the Regina Performing Arts Center as part of TheatreFest 2019.