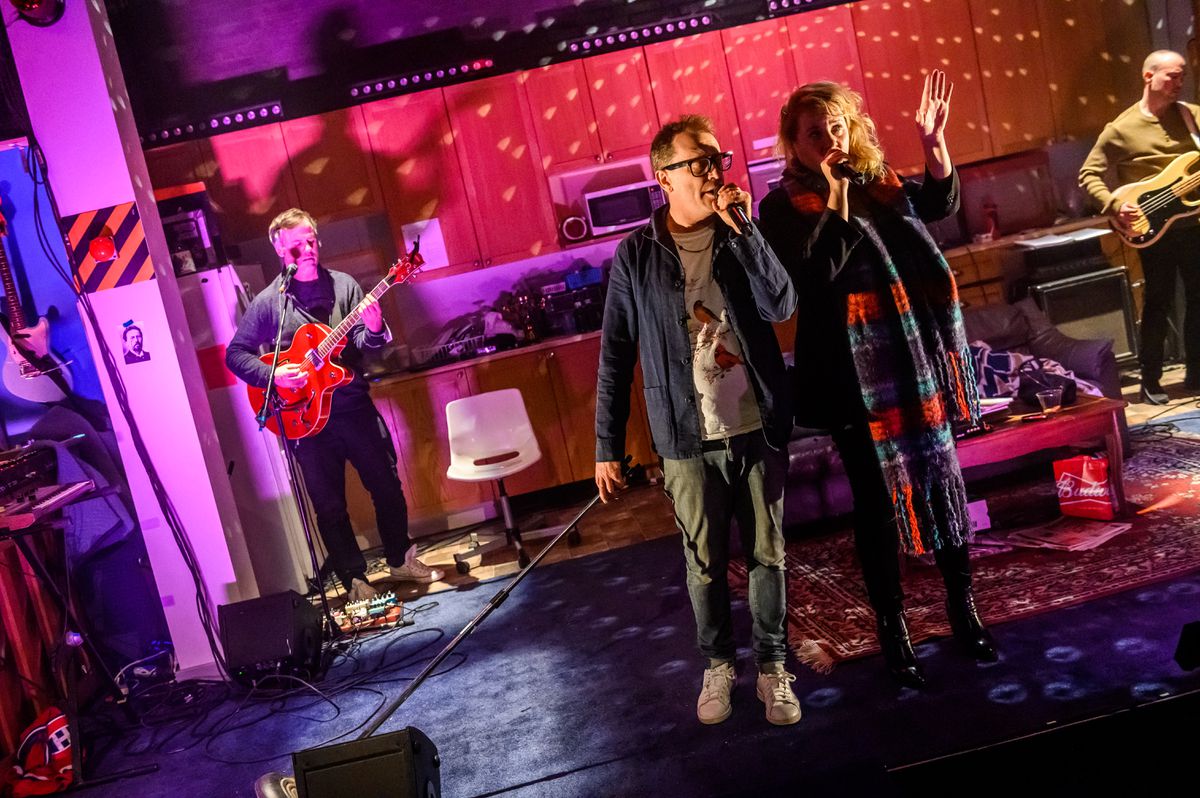 Review: The Montreal Stars take on the role of themselves in a play where rock meets the best of rock than theater

I came to STARS: Together, the new piece-concert collaboration between independent group Stars and independent theater Crow’s, with both excitement and trepidation. Excitement to see the band perform in the Toronto company’s intimate 200-seat Guloien Theater – a far cry from Coachella – but apprehension of what they would do between songs.

On the one hand, Crow’s and Stars singer-songwriter Torquil Campbell has already had success with his solo show. True crime – proof that the son of Shakespearean actor Douglas Campbell has not lost his strengths as an actor. On the other, Crow’s latest attempt to mix rock and theater, Angels A&R by Kevin Drew of Broken Social Scene, was a miserable dud.

The story continues under the ad

Fortunately, this adventure is a lot more fun. It’s a fun and chaotic experience in meta-theater that Star enthusiasts will love, and others will at least appreciate for its DIY punk spirit.

The Equation play – written by playwright Zack Russell with input from the band and Crow art director Chris Abraham – is sort of a behind-the-scenes Pirandellian documentary. The musicians themselves perform in dramatic scenes, but also come out and critique those scenes – in scenes that are themselves scripted. It’s understood?

The double layer of artifice has the effect of both bringing us into the complex dynamics and current crises of the 20-year-old group, while preventing the tone from becoming too heavy. And to hear them, this is a group dramatic enough to feed into a play by Chekhov. No matter the ancient story of a love triangle between singer-songwriter Amy Millan, keyboardist Chris Seligman, and her future husband, bassist Evan Cranley, there is also the continuing tension between angry and distressed Campbell and his group mates.

Then there’s the band’s current situation: declining revenues in the new era of music streaming and the possibility that they could lose Mount Zoomer, their longtime (and semi-legendary) repeat in Montreal.

The show takes place in this comfortably cluttered and crumbling space, assiduously recreated by designer Ken MacKenzie on the Guloien stage and almost a character himself. It also appears to have inspired a hodge-podge approach to the theatrical element, which includes monologues, skits, audience interviews, and the use of a pair of life-size robot skeleton puppets, on the blank masks. from which various faces are projected, representing both the fans of the group and the characters in their songs.

Oh, yeah, the songs. With a few exceptions, the show’s set list leans heavily on two of the group’s nine albums, the years 2007. In our room after the war and 2014 No one is lost, whose title anthem serves as a catchy finale. The sight of Campbell dancing ecstatically as he leads a chant from the chorus “Everybody Dies” pretty much sums up Stars’ dark effervescence.

There is also a lot of darkness in Campbell’s self-portrait. His incessant rages against the machine, especially during a meeting in the New York offices of Spotify, finally push the silent drummer Pat McGee to the brink of stoppage.

The story continues under the ad

The affable Millan plays McCartney at Campbell’s Lennon, trying to keep the group together and find a solution to their plight. Like Campbell, she is an actress trained and does the heavy lifting in the dramatic scenes, although each member of the group is given a monologue or defining feature.

Russell’s script, fashioned from field recordings of the group’s actual interactions, is playful but struggles to build a believable dramatic arc. Despite Abraham’s involvement, no director is credited in the program. The show would benefit.

That brings us to the other stars: the star rating of this review. I would give the play in the show two stars and the concert three. When everyone stops bitching and grabs an instrument, turning all that bubbling emotion into sonic beauty, it’s proof that Stars at 20 is louder than ever. Now if only they gave us a few fewer temper tantrums and a few more tunes.

Live your best. We have a daily Life & Arts newsletter, providing you with our latest stories on health, travel, food and culture. register today.

Birmingham drama “Trojan Horse” to be performed at Alum Rock

A new play at the Grand Theater will focus on ghosts, the mystery of Ambrose Small