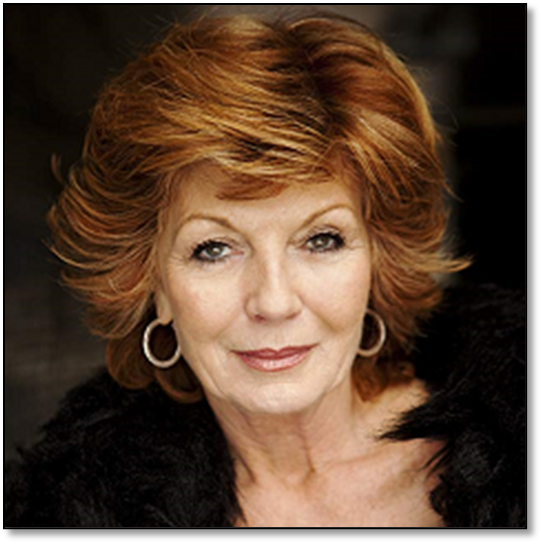 Rula is one of Britain’s most beloved actresses. Since her breakthrough in Rock Follies in 1976, she has appeared in numerous films, television programs and stage productions. Having had roles on such iconic shows as EastEnders, Doctor Who, One Foot In The Grave and Footballers’ Wives, Rula also had the co-lead role with friend John Inman in the 1981 comedy series Take A Letter Mr Jones. Rula was recently seen playing Claudia Colby in the iconic British soap opera, Coronation Street. Rula originally appeared on the show between December 2009 and May 2011 before reprising the role in July 2018.

In “Evelyn”, Rula plays the unsuspecting landlady Jeanne who takes pity on Sandra, a stranger who might not
be who she says she is…

Inspired by real events, Evelyn is a popular story of justice in modern Britain that asks the question: when is justice really done? This unflinching play takes an unflinching look at vigilantism, social media, and our collective quickness to judge, despise, threaten, and sometimes attack.

Music, theatre, arts and more on the Isle of Wight from April 1