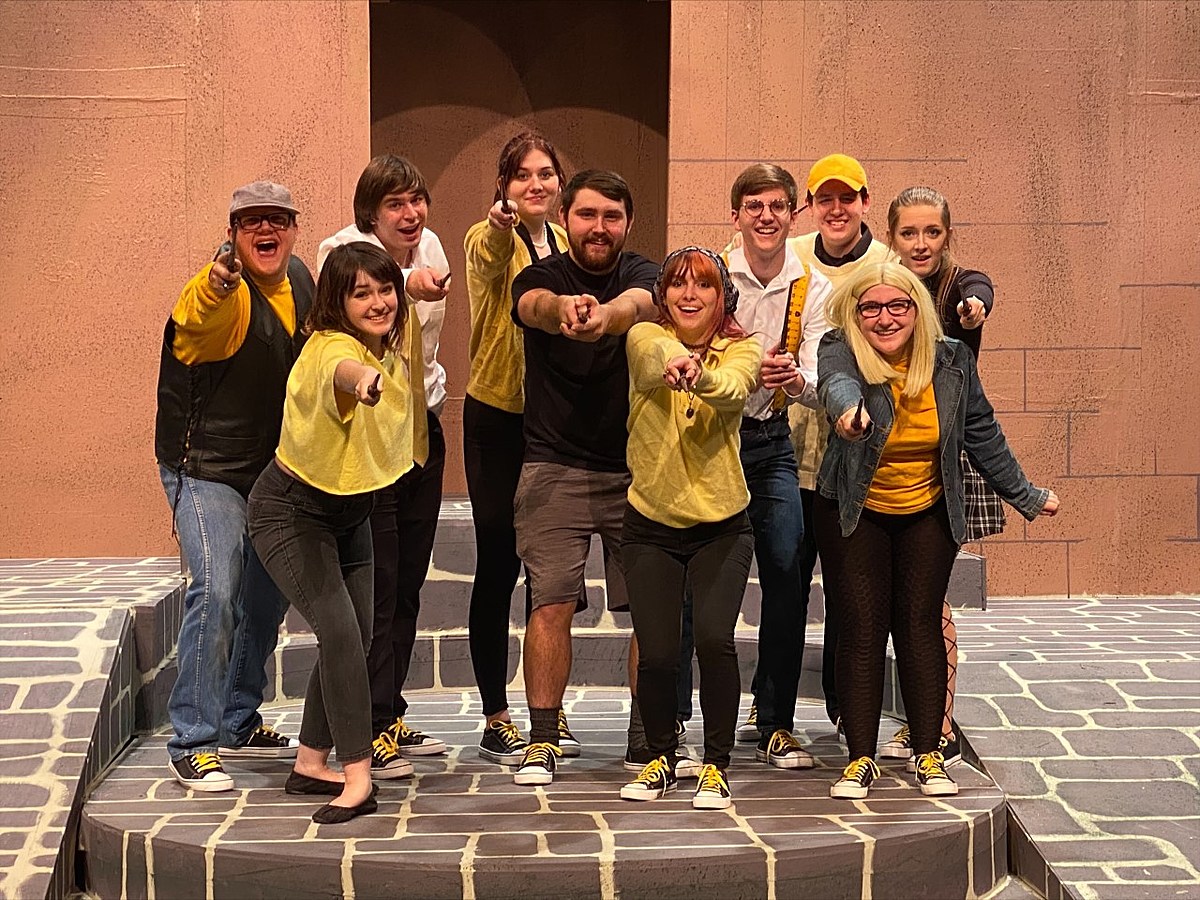 The SFCC program will present “Puffs” at 7:30 pm November 17-20 and 2:00 pm November 21 at the Stauffacher Theater on the Sedalia campus.

“Puffs,” written by Matt Cox and first performed in 2015, is directed by Ryan P. Mahannah, SFCC Theater Arts Program Coordinator and Instructor. The play is a comedy which chronicles the adventures of a group of students in a school of magic during seven years. The Puffs are a bunch of “loyal and well-meaning rejects” at school, including Wayne Hopkins who discovers he is a wizard.

The show is recommended for audiences aged 15 and over due to its explicit language.

Tickets can be purchased at SFCCTheatre.eventbrite.com or by calling the box office at (660) 530-5814 from noon to 5 p.m. Monday through Friday and two hours before showtime. For special accommodations, email Ryan Mahannah at [email protected]

Seamus and others – Avory Nail, Lexington

Leanne and others – Audrey Phillips, Higginsville