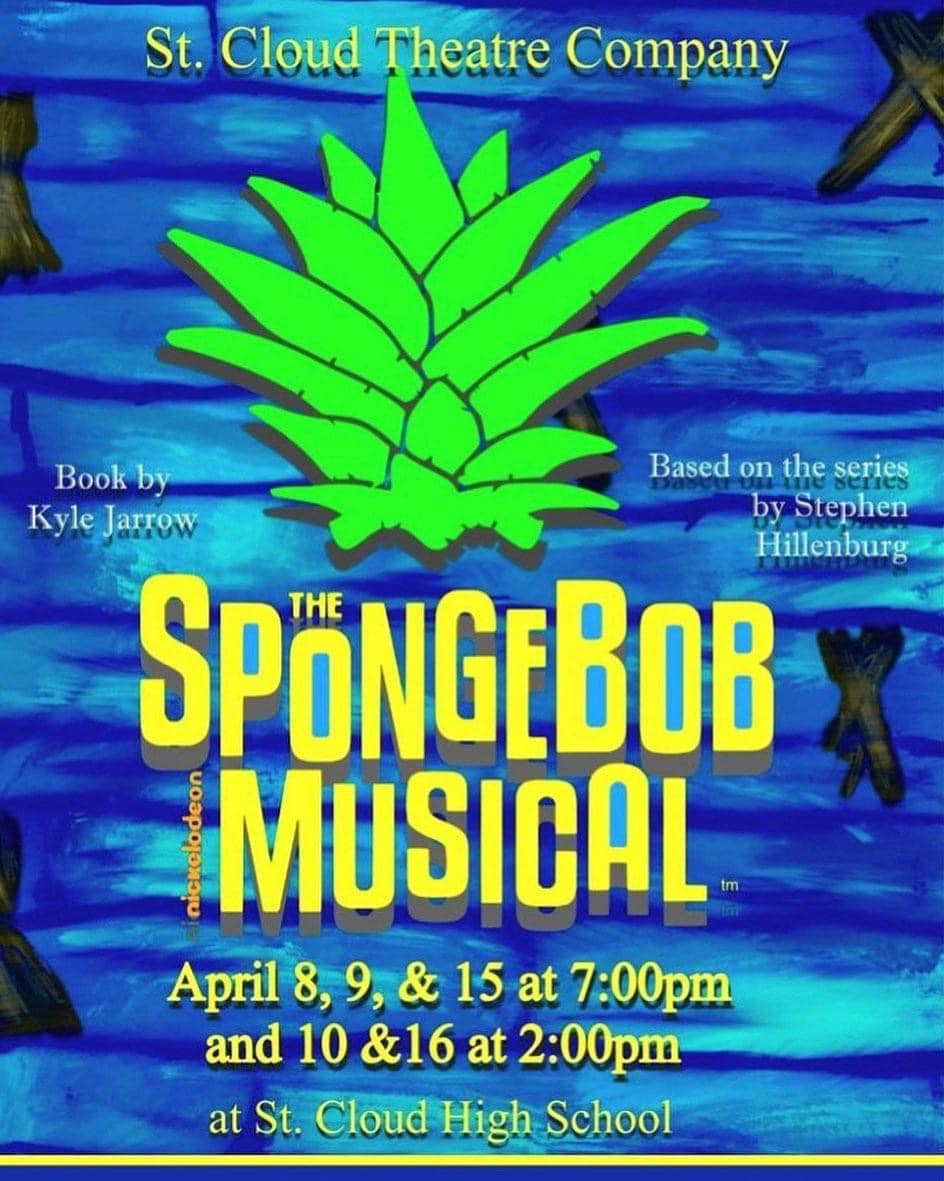 Featuring a cast, crew and live musicians of over 140 St Cloud High students in its first production since the pandemic began. The department chose to produce this show for its catchy songs, technicolor visuals, goofy humor, and relentless positive messages about community, friendship, faith in others, and the power of optimism. The show is family friendly for all ages. It’s a robust, colorful musical with a big message and was named Best Musical by the Drama Desk Awards and Outer Critics Circle and garnered 12 Tony Award nominations.

The end is near. A single sponge can save the day. The stakes are higher than ever in this dynamic musical, as SpongeBob SquarePants and all of Bikini Bottom face utter Bikini Bottom annihilation. Chaos breaks out. Lives are at stake. And just when all hope seems lost, a most unexpected hero rises and takes center stage.

Show times are at 7 p.m. on April 8, 9 and 15 and at 2 p.m. on April 10 and 16. Tickets are on sale now, by visiting stcloudhs.booktix.com. Additionally, on the 14th, SCHS is hosting a Best Buddies event that brings students with disabilities, their buddy, and families from Osceola Couty to the St. Cloud Auditorium for a sensory-friendly performance.