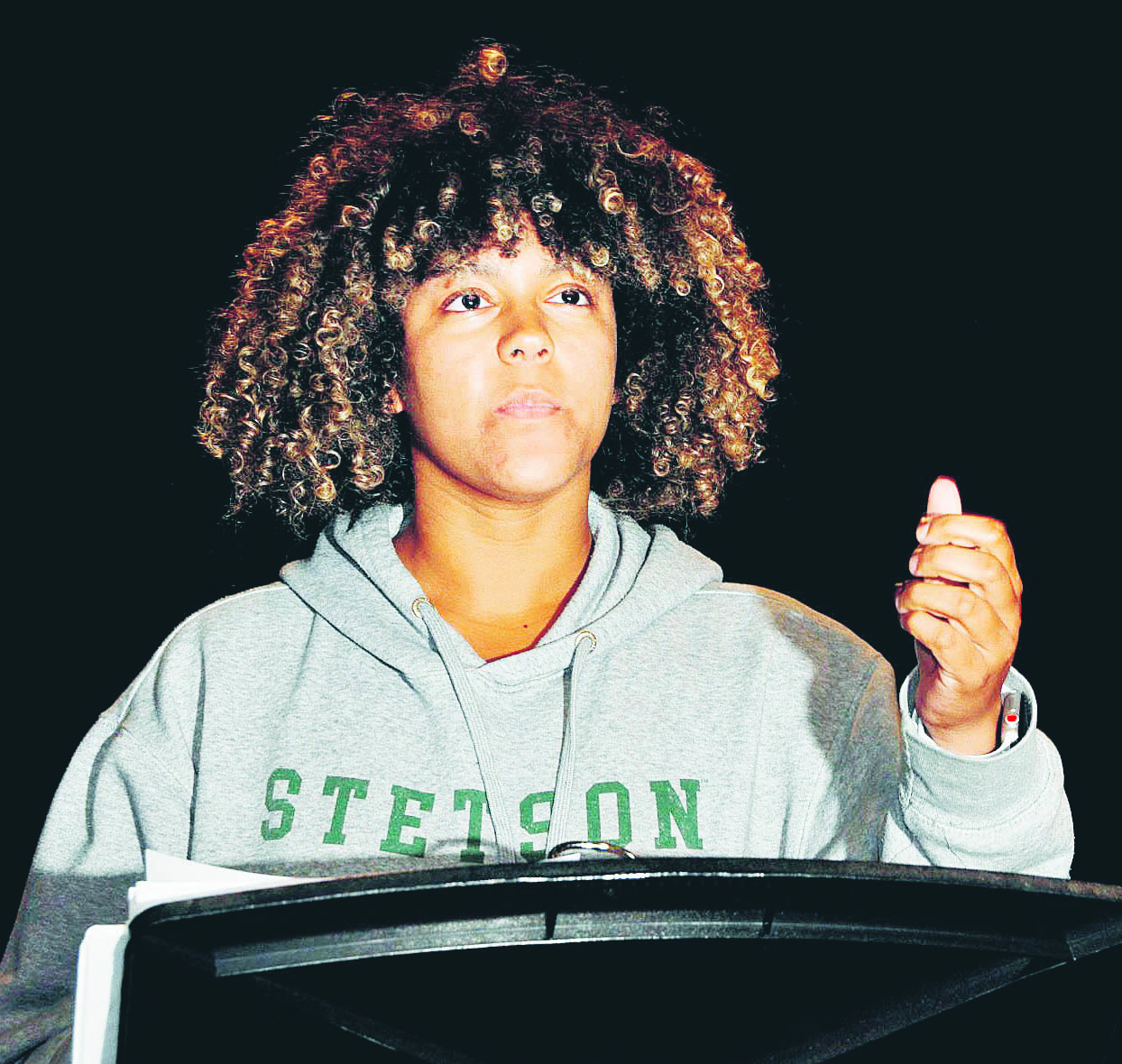 BY SANDRA CARR AND REED BARKOWITZ

SPECIAL FOR THE BEACON

â€œStaged readings are a wonderful way for Stetson University Theater Arts to present new plays by local playwrights to the community,â€ said McCoy. “It’s also a great performance opportunity for the students at Stetson and gives them a chance to bring a new production to life in its early stages.”

Here are the offers:

Become Cherokee by McCoy is at 8 p.m. on Thursday, September 23. The play features two brothers in California who inherit an area in Oklahoma from an unknown relative. They are soon confronted with previously unknown Cherokee relatives who are the stewards of the land. The brothers are faced with the decision to keep the land and embrace their own Cherokee heritage and ancestry, or sell it for cash to boost their professional careers on the West Coast.

Across the Atlantic through Gretchen SuÃ¡rez-PeÃ±a will be played at 8 p.m. on Friday, September 24. This story is based on a real woman who is mentioned in the Spanish newspapers of the conquest of the Americas. Madalena is a native Tocobaga woman from Florida. She was taken captive and enslaved by the Spanish Empire to then become an intermediary and translator for the Spanish crown.

Lost in history, except for its mention in a brother’s diary, Madalena’s story travels from Florida across the Caribbean, across the Atlantic and back again. A story of mystery, faith, life and death renders an erased account of the colonial history of the Americas.

Imperial tide through Lori Snook, Ph.D., associate professor of English at Stetson, takes the stage at 8 p.m. on Saturday, September 25. The one-act play is about the two characters, Carter and Tyson, heading to the beach to celebrate their birthdays. . When the tide starts to rise, they gaze out at the ocean and spend an evening together. Yet the tide continues to rise and fall.

Smoke-Cross’d Lovers – A comic tragedy in two acts by a former student of Stetson Mark Aloysius Kenneally and his wife, Nicole kenneally, will be presented after Imperial tide on Saturday September 25.

In this story, an emphatic respiratory therapist and non-smoker crosses paths with a carefree chain smoker with a cough-dying mentality, and sparks immediately begin to fly. Can their opposing views ever fade away enough to allow them to somehow meet in the middle? And if so, will they ever be able to find redeeming qualities in the other’s way of life that they never found in theirs?

Beyond the summer of love through Jim moss is at 3 p.m. on Sunday, September 26. Andrea arrived at her mother’s home to pick up her rebellious daughter, Olivia, who decided to skip her final year of high school and stay in Olympia, Washington.

Cilla, an original flower child from the 1960s, goes well with her granddaughter who sleeps with an older man named Gifford. When Andrea discovers the details, a battle of generations ensues. Andrea tries to blackmail Gifford, and Cilla reveals why she abandoned Andrea to be raised by her own mother.

Each reading will be followed by a debate and a discussion session with the playwright and the actors. Places are extremely limited. Reservations are strongly encouraged. Masks are mandatory. Free entry.

Tickets will be available at the door and reserved tickets must be picked up 30 minutes before the start of the show. The ticket office will be open one hour before the curtain.

The cast of “A Facility for Living” for Olympic Theater Arts, in rehearsal