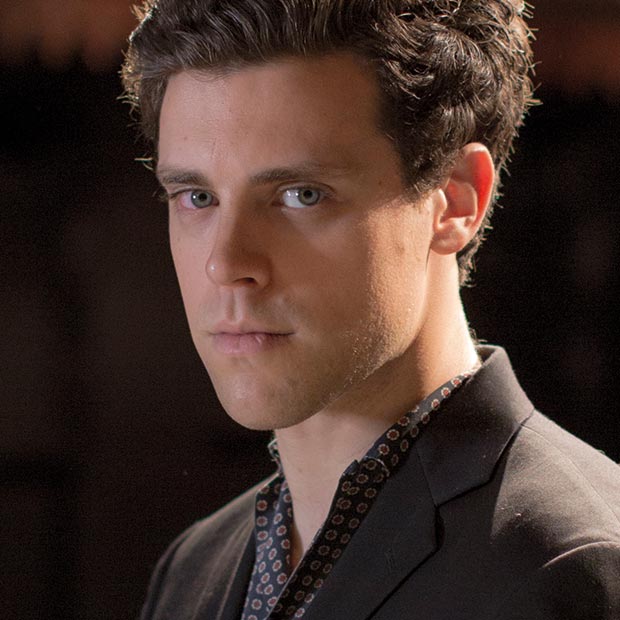 CONTENT LONDON: Studio21, the C21-backed development producer, will host the final of its annual screenplay competition at Content London today, with the aim of discovering, developing and connecting the best new writers with the business world.

Now in its eighth year, the Studio21 Drama Series Script Competition will pay out a £10,000 development option prize.

Studio21 is designed to discover and develop new writers and projects and connect them with global commerce, opening a new vein of creativity to producers, platforms and channels around the world.

This year’s finalists, chosen from more than 250 entrants, will perform their shows at noon in Hall 2, with the winner to be announced at the International Drama Awards on Thursday evening.

They say this year’s crop of scripts is exceptional, but what can we expect from the finalists? Here’s a look at the six projects and writers vying for fame.

Blood on the tapes
By Charlie Fink
Ruth Brooks, a late-night radio DJ in New York City, loses her audience and her purpose. The tone of her demo review show changed from charming to bitter, leaving her at odds with her station. But when she plays a piece discovered by a listener on an anonymous tape, her excitement is palpable. Charlie Fink is a British screenwriter and songwriter best known for fronting Noah & the Whale and for his work as a theater and film composer. He has been described as “one of Britain’s boldest and most inventive songwriters” by The Sunday Times.

Uninvited guests
By Kit Brookman
When Dan, working as a real estate host in the gig economy, stumbles upon a crime scene, he accidentally becomes the target of dangerous competing interests bent on recovering vital evidence he mistakenly takes with him. Kit Brookman is a UK-based playwright and screenwriter. His pieces have been produced in the UK, USA, Germany and Australia, where he is from.

Off-grid
By Julie Mayhew
In this tense and atmospheric thriller with episodes corresponding to the eight distinct seasons recognized by the Northern Sami people, a wild British woman in her forties lives her isolated existence in the forests of Swedish Lapland invaded by a tenacious new neighbor. , the latter convinced the former is a deceased celebrity. Julie Mayhew is a journalist turned actress turned writer. His plays have been supported by Arts Council England and his Afternoon Dramas for BBC Radio 4 have twice been nominated for the BBC Audio Drama Awards. She is the author of four Carnegie-nominated young adult novels and her adult thrillers are published by Bloomsbury.

Perpetuity
By Savina Kanagasabay
Perpetuity, a six-part series, follows the life of a family living under the shadow of the famous and controversial Bhagwan Sath, leader of the BabaSat organization with over eight million followers worldwide. Savina is a half-Tamil half-Sinhalese Sri Lankan screenwriter born in London. Previously a town solicitor for over a decade, constantly but mostly writing witness statements, her first TV script, The Sink, was shortlisted and shortlisted for the C21, BBC Writersroom and A Thousand Pictures competitions.

606
By Irshad Ashraf
606 is a detective series in the vein of Top Boy and Breaking Bad. It’s about a city banker who hits a glass ceiling at work and returns to her estranged family in Bradford, Yorkshire, where her financial expertise attracts the interest of a crime boss. Passionate about telling entertaining stories with a social heart, Irshad is a Netflix Screenwriters’ Fellowship finalist and has made over 50 films, including Bafta and RTS award-winning factual series on the BBC, ITV, Channel 4, Channel 5 and Sky. Raised in working-class Manchester by Pakistani parents, he has a fluid, multi-dimensional identity that imbues his work with new perspectives.

Spinner and Mary
By Joanne Thomson
When the Pulse nightclub shooting shakes up the queer community, a nun Scottish widow makes up for lost time and pulls her red mobility scooter out of the closet, across the Atlantic and on a grass-fueled road trip with a woman eccentric. Joanne Thomson is an actress, screenwriter and director from Glasgow. After graduating from the Royal Conservatory of Scotland, she was selected as a Newcomer Bafta Los Angeles and worked on Bafta-winning and Emmy-nominated series with the BBC, ITV and Sony. In addition to directing award-winning plays, his writing has been placed in several screenwriting competitions.

The screenplay competition takes place at noon at Content London, Hall 2, Kings Place. The winner will be announced during the International Drama Awards on Thursday from 6 p.m. in Hall 1.