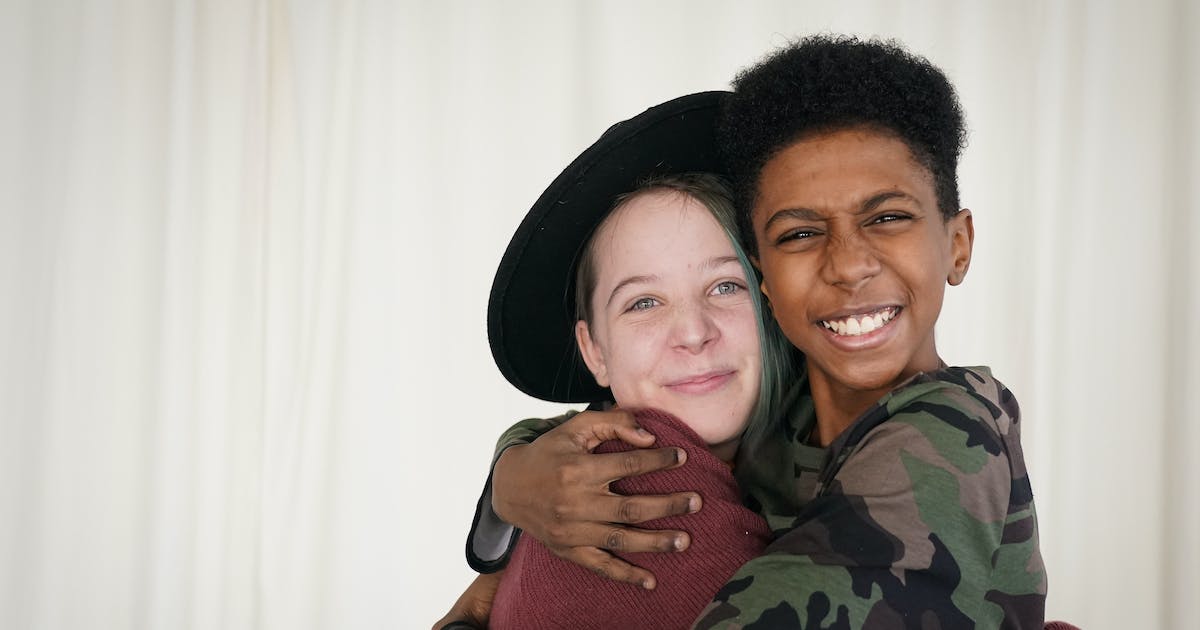 ‘That Could Be Me’: Real-Life Tragedy Intersects in Children’s Play About Police Killings

The Children’s Theater Company was a week into rehearsals for a new play helping parents talk with their youngsters about police killings of black men when news broke that a 22-year-old black man had been shot dead by Minneapolis agents during a hitless search. mandate operation.

This real-life tragedy echoed the events of “Something Happened in Our Town,” which begins previews Sunday at the Minneapolis theater. The murder of Amir Locke on February 2 eviscerated cast members and worried some that they weren’t just playing characters they could leave onstage, but also could experience tragic scenarios themselves. in real life.

“I hope I don’t get killed when I get older,” said De’Anthony Jackson, a black seventh-grade student at Stonebridge World School in Minneapolis who plays one of the lead roles. He spoke just days after the incident, his fears raw and before the cast got professional advice. “I thought about Amir a lot. I watched the video a bit and it was hard to see. We don’t know when it will happen again. Next could be next week, next month. It could be me . “

“It’s nerve-wracking and sad,” said Lola Ronning, a white eighth-grade student at Friends School in St. Paul who plays another main character. “We were talking [in rehearsal] about that. People shared their experiences, how they fear for their own lives. In my head, I don’t think anyone should have to deal with this, live like this.”

Plenty of theater exists in whimsical realms that offer moral lessons, imaginative beauty, and implicit appeals to our best angels. But there is also a strain of socially engaged work that reflects the pathos, majesty and mess of the American mosaic. Following the murder of George Floyd, which happened just 3km from the Children’s Theatre, artistic director Peter Brosius asked how his company could help parents deal with the issues and images that continue to overwhelm social media and the news cycle.

He commissioned playwright Cheryl West, a longtime CLC collaborator, to adapt a 2018 New York Times bestselling children’s book, “Something Happened in Our Town: A Child’s Story of Racial Injustice,” by Marianne Celano. , Marietta Collins and Ann Hazzard. The story revolves around two families – one black, the other white – as they respond to a murder by police in their community. West added two characters to the story – a black teenager and a police officer.

Longtime CLC member Dean Holt plays Officer Uncle Manny. Rehearsing the play is for him to walk through a burning building, and the role sticks to him, like to the others, like smoke on his clothes and his skin.

“As theater people, my emotions are always on edge, but now I’m taking a lot of that stuff home with me,” Holt said. “I’m not sleeping well. I’m more emotional than ever with anything related to this topic.”

To help the cast deal with their waking trauma, the theater did something very unusual for a performing arts company. He brought in a crisis counselor – mental health clinician Jamil Stamschror-Lott, who has worked with young people and families following violent crises in the Twin Cities, including with students at Richfield, where he there was a recent shooting at a school.

This is the first time that Stamschror-Lott and his company, Creative Kuponya, have worked with a theatre. As actors take on roles that reflect reality, it can be difficult for them to process the trauma they invoke for art and carry in real life, Stamschror-Lott said.

He shared coping strategies with the cast, trying to get them out of the fight, flight, and freeze modes that grip our bodies before we even realize it. Strategies included breathing techniques, humming, and other ways to release tension and reset the body.

People feel that resolving issues of mind, body, and spirit is the key to well-being, and while that’s true, “your environment also plays a role in how we process pain and complete the stress response cycle,” Stamschror-Lott said. . “That’s especially true for the bodies of marginalized groups – racism is always there, homophobia, sexism – so there’s a part of your body that never relaxes.”

The play’s director, Timothy Douglas, knows this struggle all too well. He knew immediately after Locke’s murder that he had to turn the rehearsal room into a safe space for the cast and creative team to share their emotions. He himself felt traumatized.

“Every time one of these stories hits the headlines — and they always do — I feel it,” said Douglas, who is on leave from Emerson College because he wants to take care of his health. mental. “Whenever a black man gets shot, it happens to me on some level. In ‘Postcards From the Edge,’ the character Meryl Streep says, ‘I don’t want life to imitate art, I want life to be art.’ I don’t want to. I don’t want to feel like I’m in the plays that I direct.”

Locke’s murder made him feel cramped. Wherever Douglas goes to work — and he’s led shows across the country and overseas — he likes to take a walk to get some fresh air and clear his head. But fears of being looked down upon, profiled or worse, have put an end to this practice in the Twin Cities.

“As a tall black man who likes to walk and walk at night, I’m afraid to go out,” Douglas said. “I always look over my shoulder and pay special attention to a lonely white woman who may not see me coming. I don’t feel safe here in Minneapolis.”

Douglas’ sentiment is not unusual. A recent Harvard study showed that black and Latino high school students who were within half a mile of a police killing “experience significant decreases in GPA over multiple semesters. And they are 15% more likely to be classified with emotional disturbance – a chronic learning disability associated with post-traumatic stress disorder and depression.”

“Just seeing these things over and over again has an impact on well-being,” Stamschror-Lott said.

But what about the performers, who have to wake that up for the performances even though they have those feelings in real life? Is there a way to escape? And can kids just have the chance to be, well, just kids?

Veteran actor Kevin West, who plays a black dad in “Something Happened,” said he walks his dog in the park and along the Mississippi River to relieve stress. And he’s been doing it for 30 years.

“Something happened here,” West said. “I live in the city where all this trauma happened. I went to the protests and saw the riots. I live a mile from the Third Ward. They burned down my gas station at 47th and Hiawatha and the Walgreens who were a block away. He’s by far the closest character to who I actually am — he, like me, is a father, a husband, an educator, and a black man.

“He doesn’t think all of this happens often, so when it does happen and it’s so bad, he’s confused,” he said. “I’m confused. He thought the police were good people, and some are. But some make bad decisions, and he’s confused about that.”

A kid who loves to wrestle and play basketball, De’Anthony cherishes many things of youth. But fear made him grow faster than most.

Her mother, Christy Jackson, said she fought her own fears for her family on a daily basis. She will not allow her eldest son, who is 20, to drive.

“I have three sons and a husband who is very tall with dark skin,” she said. “Right now my boys are very cute with everyone, but when they get older they won’t be so cute with everyone. That’s what scares me.”

In some ways, the play helped empower the actors and their families to address the issues that continue to plague the nation. But the challenges and struggles, which are life or death for many, remain. And people of all races and backgrounds have a role to play, Lola’s mother Evelyn Ronning hinted.

“As a parent, it’s great to learn from all perspectives,” Ronning said. “I hate to say it like that, but when we have the next police murder, as a family, we stop and talk about it. We talk about the person, what it means. We say their names. We have to be part of it. of the change that needs to happen.”

Douglas said he appreciated the opportunity to direct a show at the CTC. Thinking of his actors, he also thought of all the others.

“I was inspired to act because of what happened here, but now is the time to act,” Douglas said. “We need to do a lot more than just talk.”

As the play got closer to opening, De’Anthony once again felt more like a child and had hope. He had made friends in the cast with whom he plays video games.

And he echoed Douglas’ sentiment.

“If this game only changes the people of Minnesota, that’s a good impact,” De’Anthony said. “It will take all of us to make things better together.”