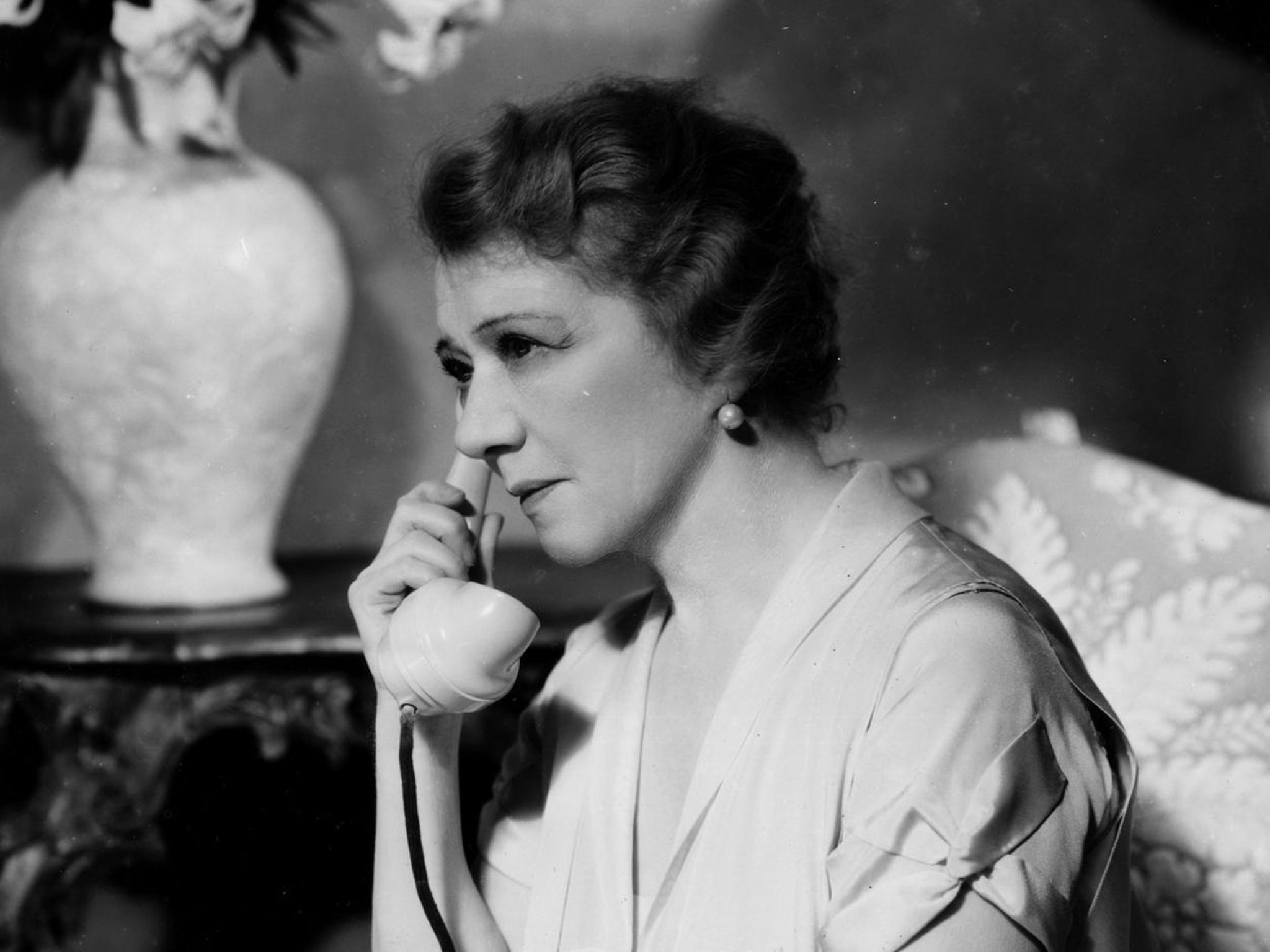 As we approach Christmas with some uncertainty due to the Covid19 panic, we look back to a festive season that had a darker cloud above.

By Christmas 1939, Britain had been at war with Germany for four months. Children were being evacuated from London.

Families faced separation as the country rallied. The first effects of rationing are felt.

Towards the end of December, the Grand Theater presented an inspiring play with the unlikely title: Dear Octopus, by Dodie Smith, whose later works included 101 Dalmatians.

But there were no doggies in this family drama, starring Dame Marie Tempest, billed as England’s first lady on the tour after a season at the Queen’s Theater in London.

Dame Marie was 76 years old and over a long and illustrious career, she had become known as a perfectionist. Some may interpret this as “hard to work with”.

His career in producer George Edwardes’ musicals had ended around the turn of the century because of his arguments. They met at the opening of an oriental musical called San Toy, at Daly’s Theater in 1899.

Miss Tempest refused to wear Chinese pants. Edwardes insisted. When the actress made her first entrance on opening night, she was properly dressed in pants but wore an outrageous red wig.

The event was noted by D. Forbes Winslow, publicist for George Edwardes, in a biography.

It was Miss Tempest’s last meeting with Edwardes and she soon left Daly’s for a career in sophisticated comedy.

The significance of his visit to the Grand in 1939 in Dear Octopus was explained by a Gazette reviewer after the opening performance on Boxing Day night.

He started by saying that the autumn season had been brilliant at the Grand, with many plays coming to the theater due to the closure of West End theaters.

“And now, last week, comes the best play of the year, the latest hit from that amazingly intelligent playwright Dodie Smith, starring Dame Marie Tempest, that great actress, in the role she originated.”

Dear Octopus was the story of a family reunion for the golden wedding anniversary of Dora and Charles Randolph (Marie Tempest and Leon Quartermaine) and their four children.

The Gazette reviewer noted: “Miss Dodie Smith did more than just present another family reunion: she paid us a moving tribute to the family itself, an institution which, despite changes at home and troubles abroad, stays strong and firm, connecting the past, present and future” – a continuity the playwright called “dear octopus”.

The critic thought the play, directed by Glen Byam Shaw, was spot on and the grace and skill of a great actress gave them an unforgettable performance.

She wrote several children’s stories and also I Capture the Castle, a vague romantic drama which premiered at the Grand in 1954.

It was a whimsical play about a strange family living in a house adjoining a castle. It starred Virginia McKenna and featured a young Roger Moore as a local rustic character.

The play had a disappointing West End run and was rarely touched before becoming a movie in 2003, starring Bill Nighy, Romola Garai, Rose Byrne, Tara Fitzgerald and Henry Cavill.

Dodie Smith’s greatest success was 101 Dalmatians, published as a children’s novel in 1956, made into a Disney animated film in 1961 and a feature film in 1998 starring Hugh Laurie and Glenn Close.

This week’s news that Diana Ross will headline the opening night of next year’s Lytham Festival will remind some readers of her sensational concert at Blackpool Opera House on Friday March 26, 1976.

Six years after leaving the Supremes and forging a career that outclassed her days with the trio, Diana was on tour to coincide with the UK release of her film Mahogany, remembered for its title track, Do You Know. Where You’re Going To?

Brian Hargreaves of The Gazette exercised editor privilege by taking the “compositions” from the concert and writing the editorial under his Frank Vernon review line.

The show was important for its dramatic setting and Brian noted that lighting and sound technology had taken a leap forward.

“For a few moments after materializing, rather than appearing, her small figure resembled a butterfly entangled in the apparatus of a moon rocket launch at Cape Kennedy,” he began.

Musicians towered over Miss Ross on scaffolding bleachers. Above the head were batteries of lights and it was flanked by towers of loudspeakers.

Brian continued, “So take off! The singer and the audience were in orbit.

And: “It wasn’t so much a Ross anthology as an autobiography, his songs tied together by the story of his life.

“She didn’t miss a shot. And his extract from Lady Sings the Blues allowed a digression in homage to other black stars, Billie Holiday, Bessie Smith and Josephine Baker.

“But it was his second-half Motown Memories that had the crowd standing in adoration.

“It was nostalgia not only for the years when the Supremes ruled, but also for those years when the Horse of the Opera was inevitably on the route of superstars like this.”

There was a sentimental touch to the show. It was Diana Ross’ 32nd birthday and a suitably ‘showy’ cake was rolled at the closing.

The Department of Theater Arts of the SBCC presents ANTIGONE