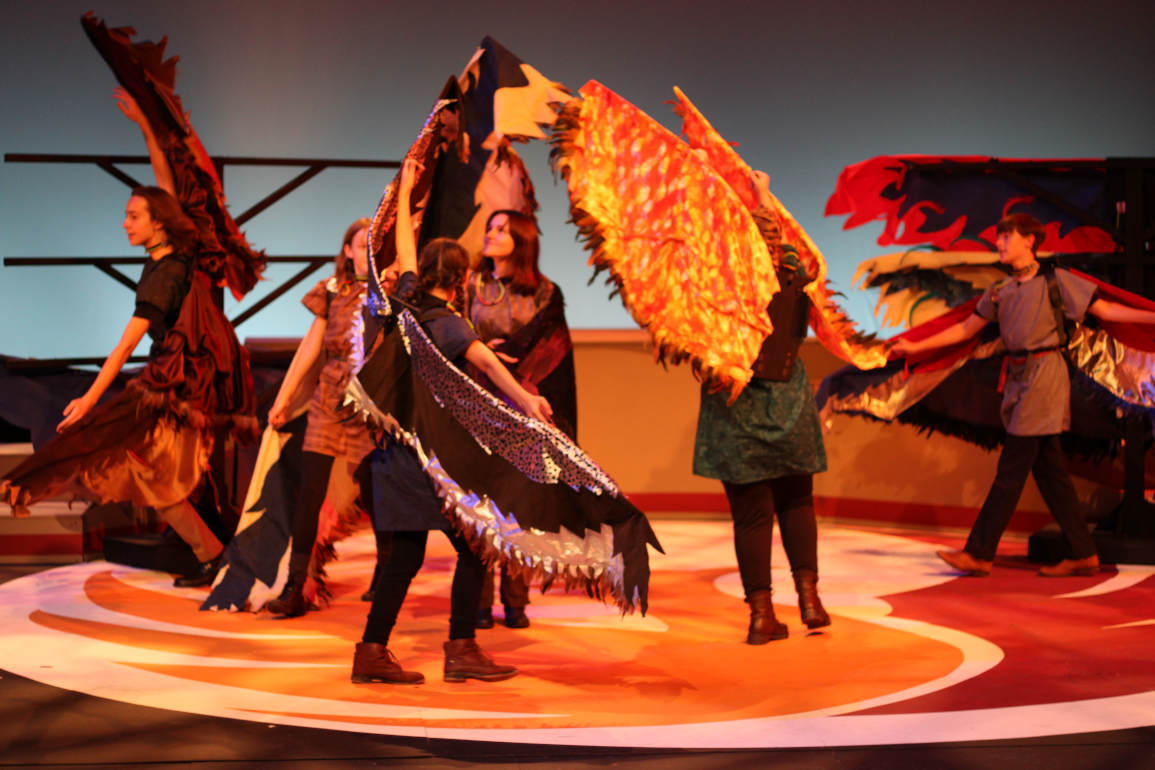 “This play is really about gun violence,” wings writer and director Matt Falduto recounted Small village. “He was inspired by student advocates after different school shootings that happened.”

wingswhich opens Friday, Sept. 2 at the Coralville Center for the Performing Arts, is set in a world “where teenagers grow up flying their wings high,” Falduto said, though it’s also a world where those teenagers have chosen to “fight tradition and find a new way to fly”.

“Students realize that wings – which they’ve wanted all their life – can hurt people,” he explained, “that’s when they stand up and say ‘no more’. “

A Young Footliters production, the actors of this show are between 12 and 17 years old. It fits, because a significant part of Falduto’s attention with wings aims to pay tribute to those growing up in the midst of today’s modern struggles.

“What really impressed me, generation-wise, is how aware they are of all these things,” Falduto said. “Not just gun violence, but all the different issues that impact their world. When I was their age, I was unconscious.

“I just feel humbled by this generation,” he added.

Falduto’s own children, including his youngest daughter who is one of the show’s cast members, have helped him better understand how young people deal with these types of issues.

“We talked about gun violence and many other issues at the table,” he said. “They are all conscious; it’s not just my children, it’s all their peers. They know what’s going on, they’re angry about things, and they channel that into action.

While active shooter drills are commonplace in schools, putting together a youth-focused production to bring the subject matter to the stage is always a tricky business. It’s not something Falduto took lightly or without deep consideration.

“It’s a show about violence,” he said, “but we did it in a really stylistic way in order to protect the kids.” The production features no literal use or depiction of firearms, instead choosing to rely on metaphor to promote the show’s message. “It allows the actors and everyone watching to have a bit of detachment to feel safe.”

Perhaps more important than his themes is the experience Falduto hopes for. wings created for participants.

“Theatre can be transformative for the actors and for the audience,” he said. “It allows us to deal with difficult emotions. We exercise our emotions by doing this show. And in doing so, we become stronger. So when the really difficult things happen in our minds, we have a much better chance of dealing with them in a positive and positive way. I feel like this show, certainly, has been good for the kids to provide that safe place to exercise their emotions on this particular topic, but hopefully it will also allow the audience to exercise their emotions. And hopefully will make us all a little stronger.

wings only offers three performances: 7 p.m. on Friday and Saturday, September 2 and 3, and 2 p.m. on Sunday, September 4. The tickets are $12 for children, $15 for adults (extra charge).