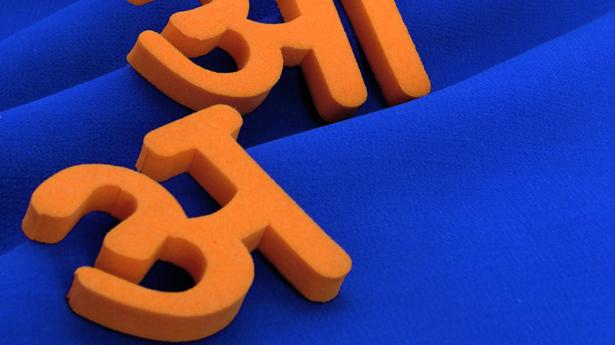 About 2,000 years ago, Tholkappiyar, the legendary author of Tolkappiyam, says that poetic words can be divided into four types: Iyarcol, Thirisol, Thisaiccol and Vadasol. Of these, he argued, ‘Vadasol’, words from northern languages, “only become suitable for use in Tamil when they adopt Tamil phonetics by abandoning their northern phonetics.”

Since ancient times, a sensitivity to language difference has been almost central to Dravidic identity. A similar sensibility existed among speakers of Prakrits in ancient times. It was in one of the Prakrits that Mahavir had presented his teachings in the sixth century BCE. Eighteen centuries later, Acharya Hemachandra, a great Jain scholar, poet, mathematician and philosopher, produced his Desinamamala, a treatise on the importance of Prakrit words used in Gujarat of his time compared to those of Sanskrit. In the process, he gave tangible form to the Gujarati language. Mahatma Gandhi, who defined the idea of ​​individuality for India in Hind Swaraj (1909), chose to write this iconic book in Gujarati. Thus, linguistic sensitivity has been a feature of individuality in the case of every Indian language.

Clarity in the Constitution


It would be unreasonable to expect a contemporary Indian to know a 2,000-year-old man Tolkappiyam or a nine centenary Desinamamala. But would it be too much to ask the person to know the Constitution adopted by the republic seven decades ago? The Constitution states two things with the utmost clarity. One, India, is “a union of states”; and second, the official language used for interstate communication is the language in use at the time the Constitution is adopted. The switch from English to Hindi can only take place if, as the language-related articles unambiguously state, “two or more states agree” to the change. Article 344, paragraph 4, provides for a “committee composed of thirty members”, “twenty” from the Parliament and “ten” from the State Assemblies, for the safeguard of the language provisions.

The functions and scope of the committee, as defined by the Constitution, are further clarified by the practice of dividing language as a subject between two ministries, the Ministry of Human Resource Development (HRD) and the Ministry of Home Affairs . The field of action of the DRH ministry in terms of language extends to education and the promotion of cultural expression. The scope of action of the Ministry of the Interior extends to safeguarding the relations of the States with the “union”, to the protection of the linguistic rights of linguistic minorities and to the promotion of Hindi. The last of these, according to the Constitution, must be “without interference with other languages”.


There are two crucial questions for the Ministry of Home Affairs and its Hindi Language Committee which must be properly understood in light of the provisions of the Constitution: “Has Hindi experienced any growth over the past seven last decades? And, if there is such growth, does it interfere with the growth of other programmed languages? »

Editorial | Language without bar: on Hindi and “other” states

It is no different for Marathi either: 7.45% (1991), 6.99% (2001) and 6.86% (2011). Tamil, the country’s oldest surviving language, should have received at least some attention from the Home Ministry. But the truth is that it is no different from that of Bengali, Telugu and Marathi. Tamil recorded 6.32% of the total population in 1991, 5.91% in 2001 and 5.70% in 2011. The only major language to show decadal growth (albeit small) was Gujarati. And the only small language still predicted to show good growth was Sanskrit. The 2021 census, when conducted, will have another count of the languages ​​in the country. And for all too obvious reasons, the situation for all the Eighth Schedule languages ​​- except Hindi and Sanskrit, and possibly Gujarati – will have gotten worse. In this context, the Parliamentary Commission for the Promotion of Hindi should have been concerned about the decline of Indian languages, with the exception of Hindi, and the lack of growth of Sanskrit, which ceased to be a language alive since the ninth century.


If all other languages ​​show relative decline, why is Hindi showing steady growth? The 52.83 crore Hindi speakers (recorded in 2011) included not only the speaker of ‘Hindi’ but also those of more than 50 other languages. Bhojpuri, which has been claimed by over five million speakers, and evident in its growing visibility in its film, literature, newspaper, song, theater and publishing industry, is placed in Hindi. Most of the languages ​​of Himachal Pradesh, Uttarakhand, Chhattisgarh, Rajasthan and Jharkhand have also been incorporated into the Hindi package. Even the Pawari language (spoken mainly in Maharashtra and parts of Madhya Pradesh) has been presented as “Hindi”, overlooking the fact that most Pawari speakers may find Hindi almost unintelligible.

So, the growth story of Hindi is quite fictional. If the census had not included these other languages ​​under Hindi, the strength of Hindi speakers would have dropped to around 39 crore, – just under 32% of the total population in 2011 – and would not have seemed too different from those of the other programmed languages. The Committee should also have been concerned with making the census data for Hindi more realistic.

The data for English speakers is much more truthful. The 2011 census reports a total of 3,88,793 English-speaking Indians (2,59,678 males and 1,29,115 females). Compare this with the least spoken among the scheduled languages ​​i.e. Manipuri with 17.61 lakh speakers and Bodo with 14.82 lakh speakers. No further comments are necessary; there is nothing to be proud of these figures.


Hindi is a beautiful language, as is the case with any small or large language in the world. Hindi cinema has brought India fame and foreign currency. Hindi literature is rich and evokes pride when mentioned. However, it is also true that among the languages ​​included in the eighth list, it belongs to the lot of the youngest languages.

On the other hand, Tamil, Kannada, Kashmiri, Marathi, Oriya, Sindhi, Nepali and Assamiya have a much longer/older history. Also as a language of knowledge, Tamil, Kannada, Bengali and Marathi (with their abundance of encyclopedias and historical literature) eclipse Hindi quite easily. A language evolves slowly and cannot be forced to develop by issuing ordinances.


If all the wisdom related to the history of Hindi, the multilingualism of India, the federal structure of India and the issue of language sensitivity in so many states should have guided the Committee and the Committee of official languages ​​to accept linguistic realism, what made Home Secretary Amit Shah suddenly call a Hindi-Indian? It may not have been so much the Rashtriya Swayamsevak Sangh’s ideology of cutting off Hindi-Hindu nationalism that prompted the Home Secretary’s Hindi assertion. It may not have been the Bharatiya Janata Party’s idea of ​​majoritarian democracy either that prompted it. Hindi speakers in the country, despite the inflated figure of 52 crore from 121 crore issued by the 2011 census, do not form a linguistic majority.

The fact remains that 69 crores (even in the 2011 census) were non-Hindi speakers. In this sense, it was not and cannot be the majority language of India. Mr Shah’s bid to stoke Hindi pride is highly likely to be needed as a balm for the vast unemployment plaguing young people in the Hindi belt, an area so crucial for the 2024 Lok Sabha elections. Yet the Home Secretary overlooked the fact that while insisting that Pakistan is a security threat works for Hindu mobilization, portraying English as an anti-national entity will no longer work for mobilizing Hindus. Hindi speaking people. This results in a completely poor economy and absurd linguistics. Above all, it makes anti-federal politics. Does India need it?

GN Devy is Editor, The People’s Linguistic Survey of India

Henry Rodney’s contributions to the theater arts were enormous