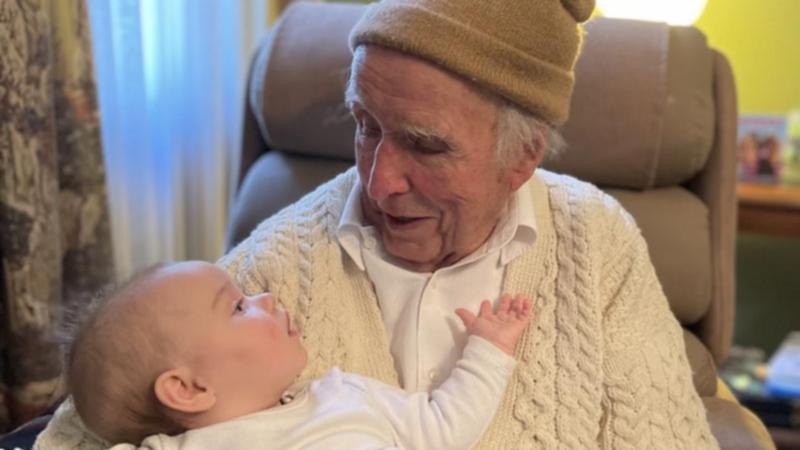 The story of 1950s sugarcane cutters Roo and Barney is a scenario that has occupied the minds of thousands of Australian students for decades.

The Summer of the Seventeenth Doll, a play by Ray Lawler, has appeared in school curricula across the country.

Lawler, who recently turned 101, is highly regarded for his groundbreaking work in theatre, which has been credited with forever changing the Australian theater landscape.

The Doll, as the play became known, opened in 1955 at the Union Theater in Melbourne. Lawler starred as Barney Ibbot and the play propelled him to success after a 13-week nationwide tour.

The storyline follows the lives of Roo and Barney and their fellow bartenders Nancy and Olive, and touches on themes such as gender, culture and identity.

The doll then made its way to Broadway, where it garnered mixed reactions that The New York Times attributed to the “prickly Australian vernacular” posing obstacles to American understanding.

“He’s not particularly excited about turning 101, he says everyone lives to be 100 these days,” his son Martin revealed.

The milestone was marked by a family dinner, and there is another reason to celebrate.

Lawler was made an Officer (AO) of the Order of Australia as part of the Queen’s Birthday Honors List, released on Sunday.

The honor is for distinguished service to the performing arts as an actor, playwright and director.

“My dad is thrilled and very grateful,” Martin said.

“As you can imagine, we are all immensely proud of him and happy to be able to celebrate with him.”

The honor comes more than 40 years after he was awarded an Officer of the Order of the British Empire for his services to the performing arts.

Lawler was born into a working-class Melbourne family and left school at 13 to work in a factory.

He and his wife, actress Jacklyn Kelleher, have twin sons Adam and Martin, daughter Kylie, and grandchildren with children of their own.

Lawler is one of 54 Australians in the arts recognized in the 2022 Queen’s Birthday Honors List.

The 5 Most Underrated Racing Games