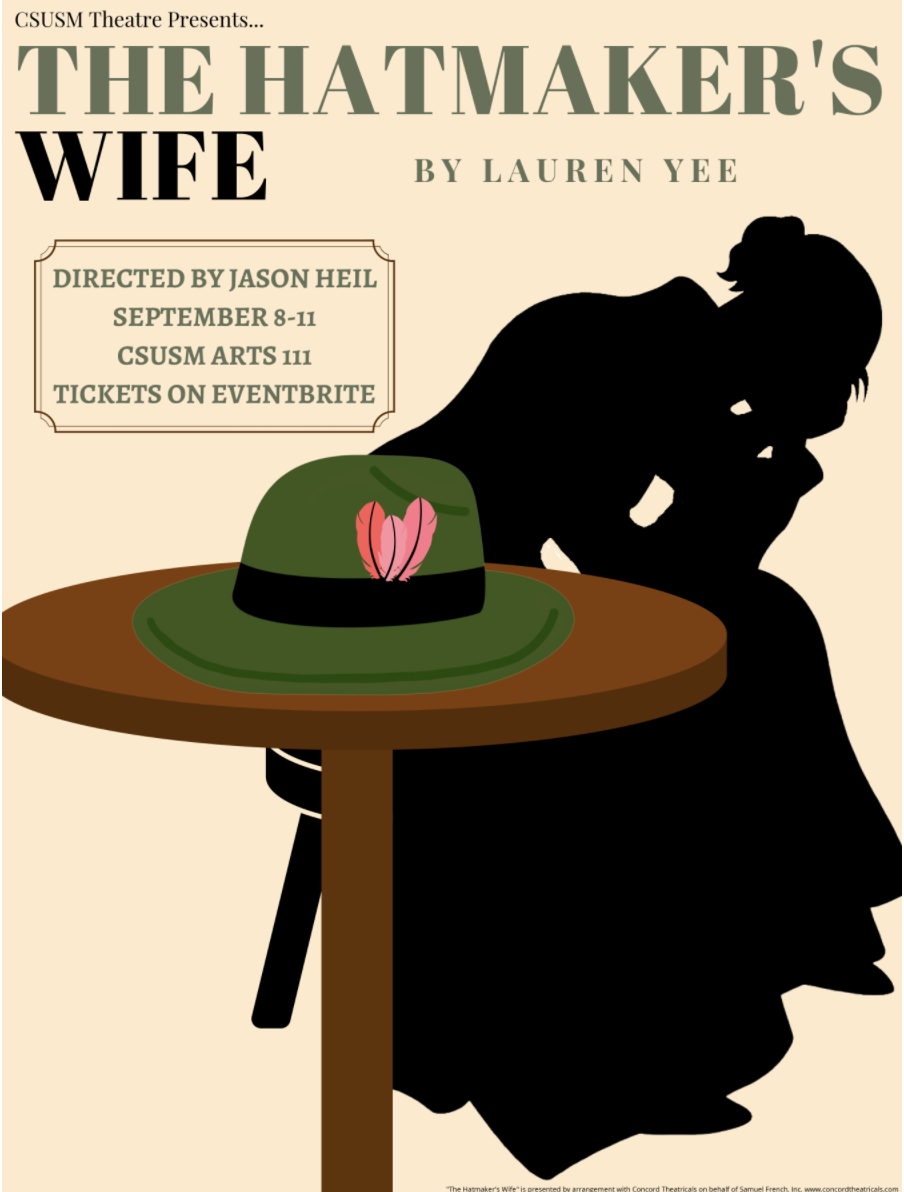 On September 9, CSUSM’s Theater Arts Department presented the first fall semester play, “The Hatmaker’s Wife,” a play written by Lauren Yee and directed by CSUSM drama teacher Jason Heil. . The performance was very special as it is the first in-person event since before the pandemic.

“The Hatmaker’s Wife” centers on a couple moving into their first apartment. Shortly after the arrival of their last objects, the protagonist enters a world that mingles with the past and present of the apartment. The play is a comedic drama loaded with themes such as family, love, and regret.

The play takes on a metaphysical structure, mixing flashbacks and conversations present throughout the plot. The plot is so precise that it can be difficult to sum it up precisely, it would be best if the play was experienced firsthand. “The Hatmaker’s Wife” is also a production that ends with more questions than answers, keeping audiences hooked long after they’ve left their seats.

While the staging takes a minimalist approach, the actors and technical elements shine brightly for the audience. The technical details and actor sections of the piece did well to reinforce each other and completely stand out.

Overall, “The Hatmaker’s Wife” is a charming production; the team worked hard to put it in place.

Those who missed the chance to see the play, luckily there are a few more productions coming later in the semester. These include “Way of the Witch: A New Musical” from October 9-10, “The Thanksgiving Play” from November 17 to 20, and “Don’t Dress for Dinner” from December 9 to 11.