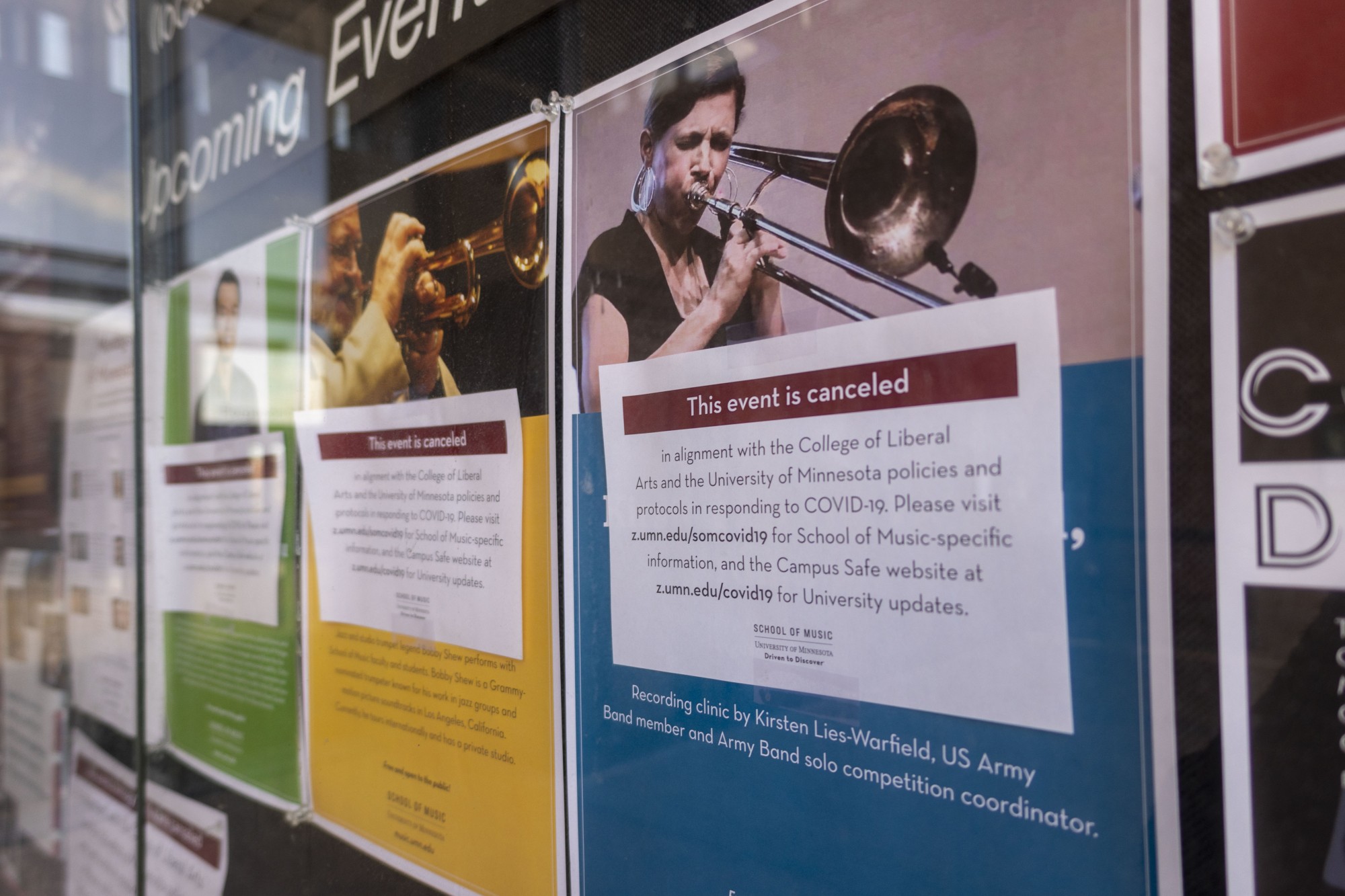 The recently announced lineup includes a handful of classic works and contemporary shows under the theme â€œReturn, Restoration, Renewalâ€.

Flyers for events canceled as a result of the Covid-19 pandemic can be seen outside the Rarig Center on Saturday, March 21, 2020.

After nearly two years without in-person performances, the lights are back for the university’s department of theater and dance arts.

The department recently announced the lineup for its fall performance season. The handful of diverse shows, under the theme ‘Return, Restoration, Renewal’, will endeavor to educate students and members of the public about social issues and human emotions through the performing arts.

There are four shows on the calendar for the upcoming season, which runs from late October to early December.

“WASTE,” a play by Ayad Akhtar will be presented at the Kilburn Arena Theater from October 28 to 31. Presented by the Guthrie BFA Acting Second Year Company, this show offers audiences a fascinating glimpse into the financial world of the 1980s.

Running alongside “JUNK” in the Kilburn Arena Theater is “Alchemy of Desire / Blues of the Dead Man.” This production will take place October 28-31 and focuses on a widow who is being raised by her community during a time of mourning.

“She kills monsters”, will take place November 11-21 at the Stoll Thrust Theater. Presented by the BA Performance Program, this piece by Qui Nguyen features a teenage girl who sets out to learn more about the life of her late sister through the fantastic world of Dungeons & Dragons.

University dance students will close the fall performance season with the â€œUniversity Dance Theater Fall Dance Show.â€ From December 3 to 5 at the Barbara B. Barker Center for Dance, this show will preview two new dance films, incorporating choreography by Souleymane Badolo and the BRKFST Dance Company.