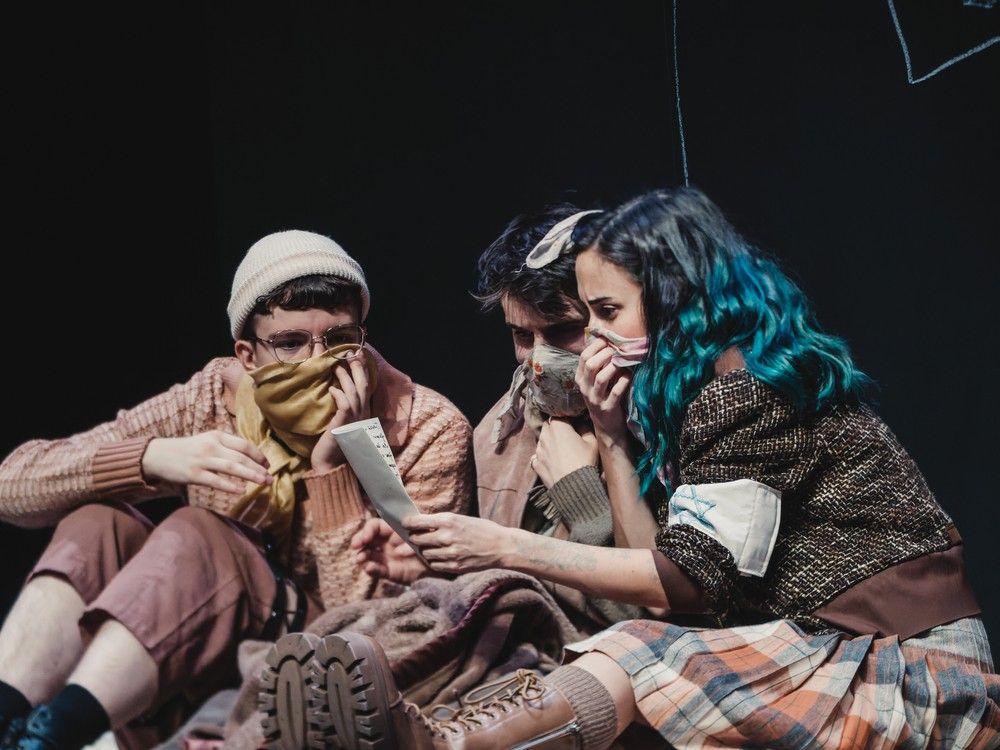 Sign up to receive daily news from Ottawa Citizen, a division of Postmedia Network Inc.

Thank you for your registration!

A welcome email is on the way. If you don’t see it, please check your spam folder.

The next issue of Ottawa Citizen Headline News will soon be in your inbox.

We encountered a problem during your registration. Try Again

A new play by Toronto playwright Darrah Teitel provides valuable insight into life in the infamous Warsaw Ghetto, the few square miles in the Polish capital where the Nazis forced hundreds of thousands of Jews to live during World War II in as part of the “Final Solution”. ”

Forever Young: A Ghetto Story is set in 1943 in the heart of this ghetto, a community where food is scarce, disease is rampant and curfews are enforced by authorities prone to shooting random people in the streets when they do not actively bring them together. and send them by train to gas chambers.

In the midst of these horrors, a group of young revolutionaries whose families have been killed try to organize a resistance. The team’s leader is the brash 19-year-old Izzy (played by Ori Black), while his companions include young Joshua (Billie Nell), who is a stickler for minutes and upholding pacifist principles, the passionate Eden (Brittany Kay) and her Polish lover, Christian (Drew Moore), and a wealthy Jewish widow, Felicia (Aviva Armour-Ostroff), who wants to help with the organizing efforts, though our young heroes aren’t sure we can trust him.

Staged on a minimal set (designed by Brian Smith) containing little more than a table or two, a few chairs and a duplicating machine for printing brochures, the script rings authentically, capturing the mind more and more urgency of the youth resistance movement and incorporating factual details that are clearly the result of meticulous research. One example is their determination to document what happened by keeping records and burying them in milk cans for future historians to discover. The minutes are skilfully represented by writing on the blackboard.

It’s heavy subject matter, to be sure, but Teital balances dark outlook with a welcome dash of humor, most evident in the relationships between the characters. His technique is also effective in allowing characters to move in and out of their roles to give a modern context to the proceedings. Incidentally, the cast is terrific, with standout performances on opening night from Nell as the socially awkward Josh and green-haired Kay as the feisty Eden.

Not to be overlooked is the work of director Sarah Kitz, recently appointed artistic director of the GCTC. With two one-hour acts, there’s plenty to do, but Kitz ties it all together with a graceful touch and a clear understanding of the difficult subject matter, including the various political factions.

Overall, it’s a piece that accomplishes the difficult task of bringing to light a dark chapter in Holocaust history in a way that not only illustrates the humanity of the oppressed and, let’s not forget , the extraordinary capacity for evil of the Nazis, but also connects with contemporary audiences. There’s also a subliminal effect in the sense that I’m not sure I can hear the earworm of a theme song, Forever Young, again without thinking about the Warsaw Uprising and the senseless loss of thousands of lives, young and old.