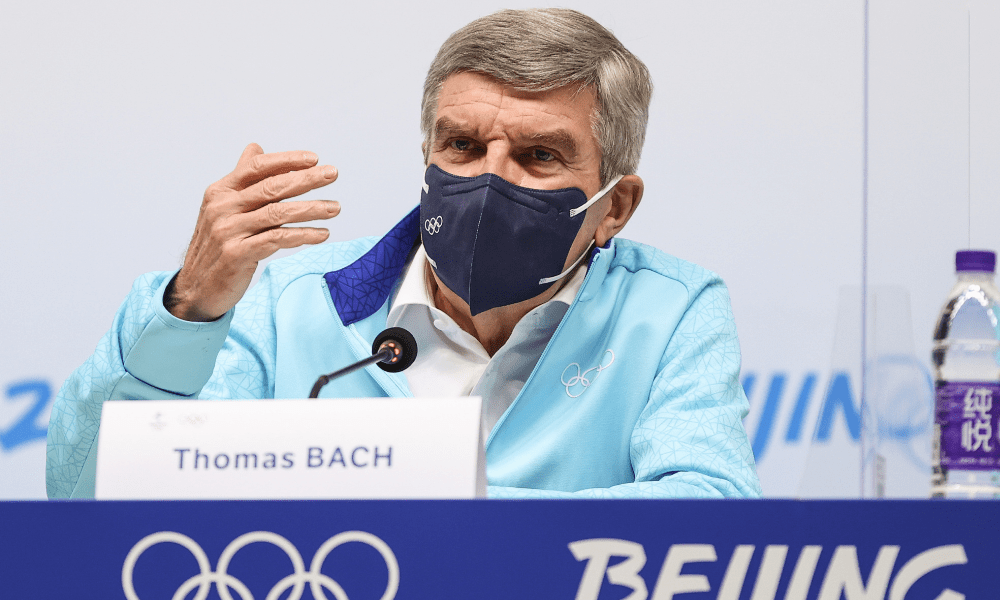 Athletes should not fear being punished by the Chinese government for expressing political views during the Beijing 2022 Winter Games, International Olympic Committee (IOC) President Thomas Bach has said.

A local organizing committee official, Yang Shu, said last month that behavior and speech “against Chinese laws and regulations” would be “subject to certain penalties”, raising concerns for the safety of any athlete who chooses to take a stand.

Bach was asked about IOC Rule 50, which governs political expression by athletes, and in particular the section that talks about athletes respecting “applicable laws”.

He insisted that political expression at the Games would be governed by IOC rules, that Beijing had agreed to this in its host city contract and that the IOC had no reason to believe this would not be respected.

He said on February 3, the day before the opening ceremony, that any reported breach of IOC Rule 50 would be investigated by his Disciplinary Commission.

Rule 50.2 prohibits political expression in the Olympic Village, during competitions on the field of play, during the Opening and Closing Ceremonies and during medal ceremonies.

“If there is a breach, the IOC Disciplinary Commission will deal with it, and it’s the same situation we had in Tokyo. [for the Summer Games in 2021],” he said.

“I would suggest to every athlete, wherever the Games are held or whenever an athlete makes a statement, that he does not insult others, that he does not violate the rights of others, but that he expresses then freely their opinion.”

Bach was at pains to point out that the IOC’s rules prohibiting political expression in specific contexts were not unique, adding: “These kinds of rules exist in many, if not all, areas.

“If an actor goes into a theater, playing Hamlet, no one has ever considered whether, in playing Hamlet, he must or must or can express his political opinion during the play, and the same applies for athletes.

“When the curtain comes down, the actor can go back to his dressing room and grab his mobile device and message on social media, or when he’s leaving the theater and the press is waiting for him.

“But no one would ever dream of saying that this is an unjustified restriction on freedom of expression. The theater can only work if they perform the plays, and the Games can only work if it is sports and if the rules of the Games are respected.

Bach was asked if he had a message for the Uighur people in China, who human rights groups say have been persecuted in Xinjiang province.

He declined to comment and said it would be “the end” of the Olympics if the IOC abandoned its position of political neutrality.

“If we take a political point of view and find ourselves in the midst of tension, conflict and political power clashes, then we put the Games at risk,” he said.

“You would only have an Olympic Games between National Olympic Committees (NOCs) whose governments agree on all political situations [and] the Games would lose this universality and their mission and that would lead to the end of the Olympic Games.