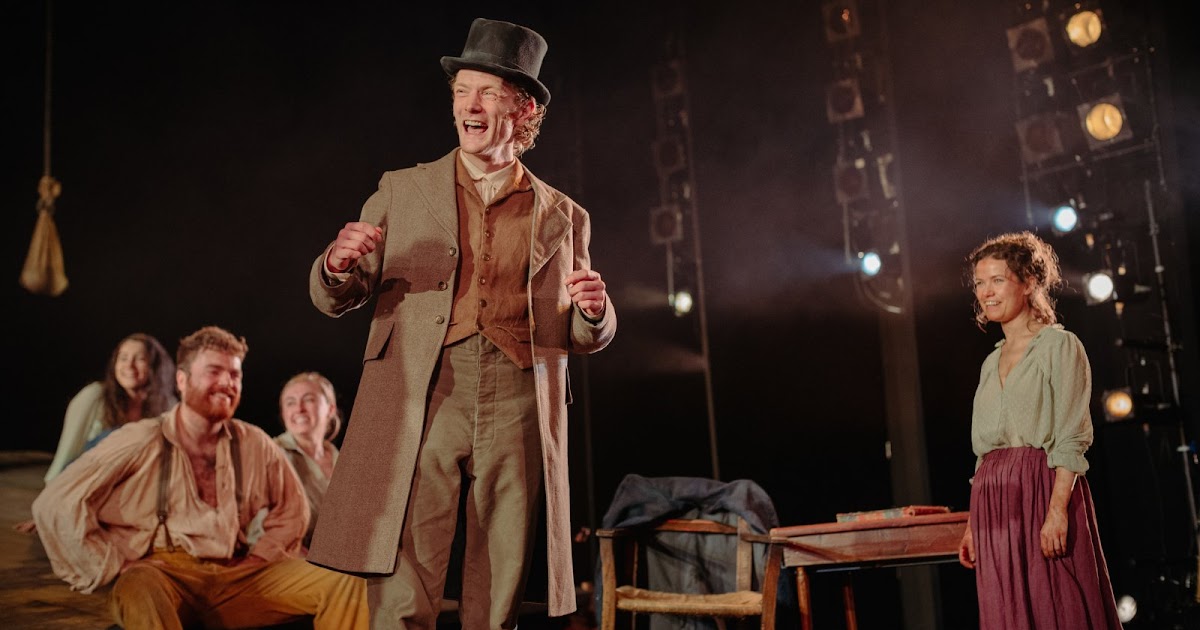 Translations – Friel’s unorthodox script and structure continues to speak powerfully of identity and language (Lyric Theater until Sunday, May 29)

If the scenario of Translations was shown at a production theater today, I wonder if it would be sent back with the electronic equivalent of the red pen suggesting it was too loose, had too many characters, too many unresolved plot points and required a complete rewrite of its fade-to-black ending.

Yet this lack of conformity in Brian Friel’s piece, created in 1980, perhaps exposes the beauty of the subtext that runs so strongly beneath the dialogue. The shape of the piece is almost secondary to its concept.

Today, as in 1833 at Baile Begg, language can divide, or at least serve to divide. Cultures can be respected or undermined. The meaning of words and events can be changed or forgotten. The urge to colonize can be resisted or ignored. People who assert their power over others can go from condescending to threatening in an instant. So it goes, to quote Kurt Vonnegut’s refrain.

I have often heard and read radio and newspaper commentary about the play and its original production by the Field Day Theater Company in Derry. But until yesterday, I had never seen a Friel production Translations. It might sound implausible or embarrassing, but it’s not often staged, and during intermission I was somewhat relieved to bump into a theater producer who also admitted it was the first time he saw the room. Phew. I was not alone.

One of the things I loved about visiting the Lyric Theater as a kid was the open stage. As you sat waiting for a performance to begin, the set – or at least the visible parts – were already entering into a dialogue with the audience about their shape and form and who might inhabit the empty space. Joanna Parker’s tilted set in the Abbey/Lyric production immediately speaks to the very instability of the landscape. Every wooden piece of furniture is rickety, while a huge plumb line hangs ominously above the teacher’s desk.

The opening scene features the Irish language “hedge school”. And audiences soon realize that we hear the characters’ Irish conversations in English, later hear conversations in English, and revel in deliberate misunderstandings and misinterpretations between languages. Add a little Latin and Greek and it’s like a 19th century Open University summer school with young and old brought together by their love or need to learn.

Hugh (Brian Doherty) imposes his etymological quiz style on students, while his academically gifted son Manus (Marty Rea) handles much of the practical running of the school unhindered by his lame foot. Ronan Leahy captures the poet in his portrayal of the eternal old scholar Jimmy Jack whose head is constantly in mythological clouds. The evasive Doalty (Andy Doherty) gives the first sense of the unease with which the indigenous community views Operation Ordinance Survey aimed at mapping the island of Ireland and standardizing – i.e. anglicising – the names Parks.

The two uniformed sappers bring a striking touch of color to the scene. While Captain Lancey (Howard Teale) has the job of persuading the locals that there’s nothing to fear from the mapping exercise (before he goes bad), Aidan Moriarty has a lot more fun playing the young Lancey’s colleague, Lieutenant Yolland, who falls in love with the local poteen. , the Irish language, the stories behind the place names, and maybe even one of the local women. Acting as a translator and collaborator for English cartographers is Hugh’s younger son, Owen (Leonard Buckley), an entrepreneur who knows and freely shares the importance of his native culture but no longer appreciates it, preferring the rich money from his overlords.

Some of the most fascinating characters in Translations are women. They take on roles of service – feeding, cleaning – and there’s a stack of misogyny – of being flirted, petted and being watched to keep men “awake”. Like so many other stories, Friel doesn’t bother to explain Sarah’s difficulty in speaking. Sarah by Suzie Seweify is fully integrated into the classroom and thus contributes fluently to conversations with her signs and gestures. Its guttural cry is equivalent to several pages of dialogue. This is by far the most haunting moment in the play.

Brigid represents rural superstition and is thick as thieves with Doalty and equally opaque about possible acts of resistance to English mapmakers. She’s played by Ruby Campbell, skillfully supervising an injured Holly Hannaway.

Milkmaid Maire has more perspective and a greater desire to escape than anyone else in Baile Begg. She knows that the new national English-language school threatens the comfortable learning environment led by Hugh. Her engagement to Manus is hampered by his lack of motivation, and she isn’t afraid to tell him. She can see opportunities on the horizon in America. Zara Devlin fills Maire with desire and a desire to know more, and her pivotal “Don’t Stop, I Know What You’re Saying” scene with Yolland brilliantly blends passion and place names, delivering comedy and upheaval in equal measure. measure.

Making absolutely no attempt to wrap up the details – What happened to the Donnelly twins? Has Yolland been found? Has Manus arrived in Mayo? Did Sarah find her speech? – Friel instead lets the audience ponder his statements about identity, such as “civilizations can be imprisoned in a linguistic contour that doesn’t match the language of facts” and “words are signals, counters – they are not not immortal”. Words can trap us despite their changing meaning and our changing sensitivities. And they can also make room for housing and a fresh start. Just ask local political leaders about it! 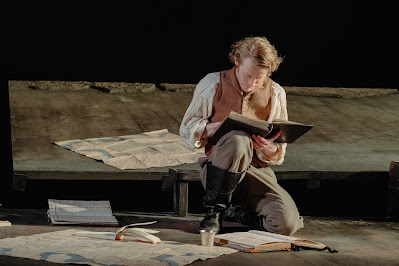 Friel’s play has lost none of its power and the production of the Lyric Theater and the Abbey Theater gives him the floor. The 80-minute first half is followed by an additional 55 minutes after the break. You could map most Stranmillis at that time…

Caitríona McLaughlin’s staging makes good use of the skewed ensemble and creates the feeling that disaster – agricultural, educational or political – is imminent. The musical interludes between acts are appropriate, even if it seems out of place for Sarah’s character to sing when her speech is so light. Translations is blessed on paper with a clever ending, but one that almost defies direction. The fact that the Saturday matinee audience did not know the performance had ended when Hugh’s voice faded with the stage lights suggests that a radical reimagining of those lines is not out of the question. question for the next company brave enough to stage the play.

Translations continues at the Lyric Theater in Belfast until Sunday 29 May. It transferred to the Abbey Theater in Dublin during the summer from June 13 to August 13, before moving on to Limerick (August 16-20), Galway (August 23-27) and Donegal (August 30-September 3).

That’s Not What The Script Says: Poor Scripts Lead To Tollywood Failure Series After ‘Pushpa’, ‘RRR’