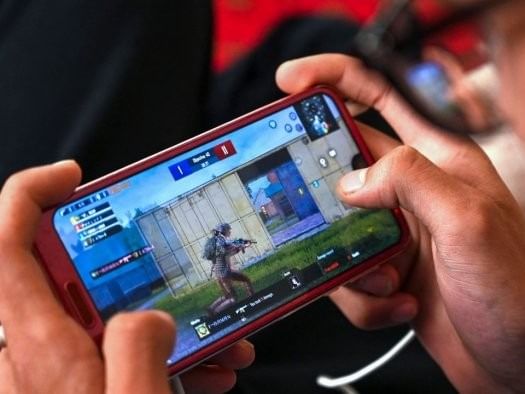 Police also noted that the boy initially tried to mislead authorities by “telling a false story about an electrician”. According to a NDTV report, the boy had also threatened his sister not to reveal that he had killed his mother.

The alleged crime has again raised questions about the link between video games and mental health issues, particularly the dangers of addiction.

PUBG, the game the minor in question allegedly played, has already received its share of bad publicity in India, with former Union Minister Prakash Javedkar once calling the mobile game an example of a “violent game” when the banning the game was up for debate last year.

Obviously, political discussions about so-called “violent games” and their effects on society are not exclusive to India.

In the United States, violent video games are a favorite scapegoat for conservative politicians unwilling to discuss gun laws in the wake of mass school shootings.

In the wake of the recent elementary school shooting in Texas, Republican Senator Ted Cruz, a pro-gun politician, once again accused video games of desensitizing acts of violence and affecting the psyches of young Americans. .

This association is not new. The infamous 1999 Columbine High School shooting also received a violent video game angle when it was revealed that the young shooters were avid fans of sci-fi horror shooter Doom.

But aside from television pundits and political theater, what is the expert opinion on the correlation between video games and actual acts of violence such as the alleged shooting in Uttar Pradesh?

Well, after decades of research and academic papers, in 2020 the American Psychological Association concluded that the connection between the two was not entirely clear and obvious.

To quote the APA Resolution on Violent Video Games: “Violence is a complex social problem that likely arises from many factors that deserve the attention of researchers, policy makers, and the public. Attributing violence to violent video games n is not scientifically based and distracts from other factors.”

A 2020 study analyzing 28 previous studies examining the correlation between violent video games and acts of aggression found minimal evidence to support such a link.

The study, published in the journal Royal Societies Open Science, found that when taken together, the 28 studies showed a statistically significant but tiny positive correlation between gambling and aggression.

Aside from actual acts of violence, studies have shown that violent video games have wider psychological effects on individuals.

A 2018 study from the University of South Wales found that people who frequently play violent video games are less affected by violent or distressing images than people who don’t play games with such themes.

The study, however, pointed out that the research used indicates no significant change in the perception of violence among those who play games with such themes.

In conclusion, decades of studies have failed to prove a conclusive link between video games and violence beyond the circumstantial co-relationship in some cases.

As noted by the APA, violence is a complex social problem with many causal factors. Video games provide a tempting target for explaining acts of violence because they allow societal leaders and politicians alike to dodge harder and more inconvenient questions about the underlying political and cultural issues that contribute to violence.

Societal biases also play a role in these lines of thought.

A 2019 study published by the APA found that people are more likely to blame video games as the cause of school shootings when white perpetrators are involved, as opposed to African American shooters.

Patrick Markey, a psychology professor at Villanova University who was involved in the study, reportedly said, “When a violent act is committed by someone who doesn’t fit the racial stereotype of what a violent person looks like , people tend to look for an external explanation for violent behavior.”

Compared to the rather vague co-relation between violence and video games, addiction to video games is better understood.

In 2018, the World Health Organization officially added video game addiction to the 11th revision of the International Classification of Diseases.

Called ‘gaming disorder’, the WHO defines it as a ‘pattern of gaming behavior (‘digital gaming’ or ‘video gaming’) characterized by impaired control over gaming, an increasing priority given to gaming over other activities to the extent that gambling takes precedence over other interests and daily activities, and the continuation or escalation of gambling despite the occurrence of negative consequences.”

Like any other behavioral addiction, gambling addiction is more difficult to define and diagnose with much controversy over whether it should even be considered a true disorder.

Unlike drug addiction, it is not as simple to point the finger at someone who plays games daily, or even “a lot of video games” and say that the individual has a gaming addiction.

Either way, there is no denying that games, and especially mobile games, are designed to get their players hooked in a way that can eventually lead to what can be called gaming addiction.

Talk to NBCDr Jospeh F Chandler of Birmingham Southern College commented on the escapist element in games saying: “Any gamification platform is explicitly designed to make you want to not let go and is designed to [stimulate the] reward pathway in your brain that can suppress your perception of time.”

Video game design typically uses feedback loops to maintain player engagement. A player who “does well” in a game is rewarded in-game in several ways, which encourages them to keep playing and earn more rewards and bragging rights.

Besides providing regular dopamine kicks, video games also distort the perception of time with an individual noting the passage of time through in-game events and features.

As Dr. Chandler explained to NBC“Your brain stops tracking time and instead measures pleasure units in the game. The next level becomes the marker of passing time. That’s why you waste an hour or three without feeling it.”

Video games and especially mobile games these days also include a social aspect that belies perceptions that video games are a single-player affair played in isolation.

In such games, not only can you chat with people from all over the world, but more importantly, play games with them, which becomes another addictive aspect of this entertainment.

There are also other tips for engagement. Things like login rewards and daily quests encourage players to make gaming a regular, almost regulated part of their lives, much like a job with its own effort systems leading to rewards.

Then there’s the tried-and-true trick of making video games flashier and more visually appealing, something casinos have long used for their games of chance.

There is also the latest trend of “freemium games”, essentially free games but with in-game monetization that the player is constantly being pushed towards.

Making games free and bringing them to mobile platforms makes them easy to access and access before players are forced to spend money on in-game items and bonuses.

The list of tricks and techniques used to make games addictive goes on and on and it can be argued that video game companies targeting higher profits through their products do so ignoring the societal effects of these games.

But it can also be argued that video game companies, like any other capitalist enterprise, aim to maximize profits and that these companies simply become easy targets for parents, educators and politicians.

Either way, the fact remains that unless constrained by rigidly defined government policies, video game companies are unlikely to reduce the aspects of their products that make video games the most profitable form of entertainment in human history.

The responsibility for maintaining addiction to video games then rests with the parents and the individuals themselves.

So far, the most popular expert advice is to simply track your own screen time to get out of the distorted perception of when video games push you.

There are apps for this and phones these days usually come with the Screen Time feature built-in. Failing all that, a simple alarm can also be useful to provide a real reference for the weather.

Finally, for adults and children alike, seeking help from licensed addiction therapists can also be helpful.