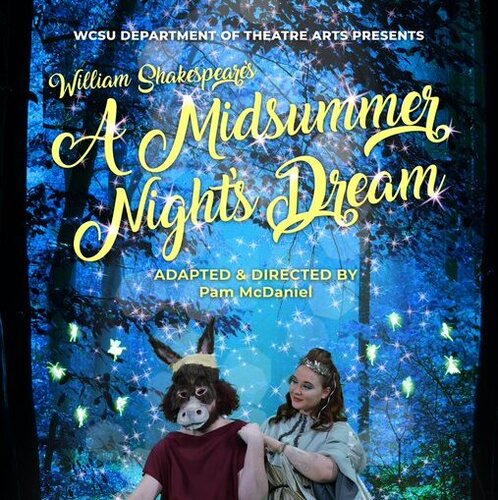 Western Connecticut State University’s Department of Theater Arts announces its Spring Virtual Productions series. The series includes four unique productions that will air twice over two weekends covering to Sunday May 9. One ticket on each performance date will give the buyer access to the show for 24 hours on that day. Tickets are available at wcsuvpac.eventbrite.com.

“WCSU’s Faculty of Theater Arts is very proud of what we have been able to accomplish this year in terms of our virtual productions,” said Associate Chair of the Department of Theater Arts and Assistant Professor of Musical Theater Justin P Cowan. â€œBetween last fall and this spring, our department will have fully produced and broadcast a total of nine productions. Considering that most of our professional industry has been on hold for over a year, we are excited not only to provide theater to our community and beyond, but also to provide such meaningful opportunities for our students. These productions have enabled our students to develop new skills; broaden their performance, design and technical experience; and perhaps most important: taught them the importance of creation and expression during difficult times.

Junior Bachelor of Fine Arts in Musical Theater, Logan Farley, of Belvidere, New Jersey, said, â€œThe idea of â€‹â€‹making Zoom musicals and virtual plays seemed so daunting. However, let WCSU prove me wrong and make lemonade with lemons! The faculty pushed us to create, work together and perform at a time when these things seemed impossible. I’ve always been incredibly proud of the work we do here at WCSU, and I’m especially proud of the work we’ve done as a team this year under such extraordinary circumstances.

Streaming Thursday April 29 and Saturday May 8, “SWEAT” by Lynn Nottage, directed by Tim Howard. Filled with warm humor and a great heart, “SWEAT” tells the story of a group of friends who have spent their lives sharing drinks, secrets and laughs while working together in the factory. . But when layoffs and picket lines start to undermine their confidence, friends come face to face in a heart-wrenching struggle to stay afloat. This poignant piece examines the deindustrial revolution through the prism of a historical piece, but also delves into today’s issues: economics, immigration, race relations in America, and politics. Nottage’s “SWEAT” gives us characters filled with good and bad, and asks us to reflect on our own views and the views of others.

The next production featured in the Spring Virtual Production Series is A Midsummer Night’s Dream by William Shakespeare, directed and adapted by Pam McDaniel. One of Shakespeare’s most popular and acclaimed comedies, “A Midsummer Night’s Dream” tells the story of love and marriage, order and disorder, perception and reality. The play consists of four interconnected plots, linked by a celebration of the marriage of Duke Theseus of Athens and Amazonian Queen, Hippolytus, which take place simultaneously in the woods and in the kingdom of Fairyland, in the light of the moon. “A Midsummer Night’s Dream” will air on Friday April 30 and Sunday May 9.

The streaming for Saturday May 1 and Thursday May 6 is “The Covid Decameron”, directed and organized by Sal Trapani. â€œThe Decameronâ€, written in 1348 during the Black Death in Florence, Italy, is the inspiration for this modern and provocative series of reimagined stories by Giovanni Boccaccio. The students, under the guidance of Trapani and in collaboration with a team of designers and technicians, have designed original pieces that include an adult puppet show, a short musical, a series of dance pieces, comedy short films and drama, new songs, unique narration, a Zoom piece, artistic performances and surprise performances. This daring and entertaining event is not to be missed.

The final production of the Spring Virtual Production Series is â€œHedda Freeman, a contemporary adaptation ofâ€œ Hedda Gabler â€by Ibsen. This production is directed by Justin P. Cowan and adapted by Cowan and guest contributor Kamilah Bush. Ibsen’s â€œHedda Gablerâ€ is perhaps one of the most polarizing pieces of the 19th century. Published at the height of Ibsen’s fame and performed throughout Europe, “Hedda Gabler” dares to study a woman’s psychological impulses, and how they are both influenced and informed by her surrounding socio-economic environment. . In this contemporary adaptation, Hedda Freeman finds herself in a marriage and a society that she cannot reconcile or escape. Issues of race, privilege, identity and fate become dramatic as Hedda struggles to define what freedom really means. “Hedda Freeman” airs on Sunday May 2 and Friday May 7.

The Spring Virtual Production Series will air over two consecutive weekends starting Thursday April 29 and ending Sunday May 9. Tickets for each performance are $ 10. For $ 30, pass holders will have access to a performance of the four shows, for the price of three. Seasonal tickets and passes are available at wcsuvpac.eventbrite.com. To learn more about the shows and to see behind-the-scenes footage and photos, visit the Department of the Performing Arts on Facebook and Instagram.

For more information, contact the Academic Relations Office at This email address is being protected from spambots. You need JavaScript enabled to view it. .