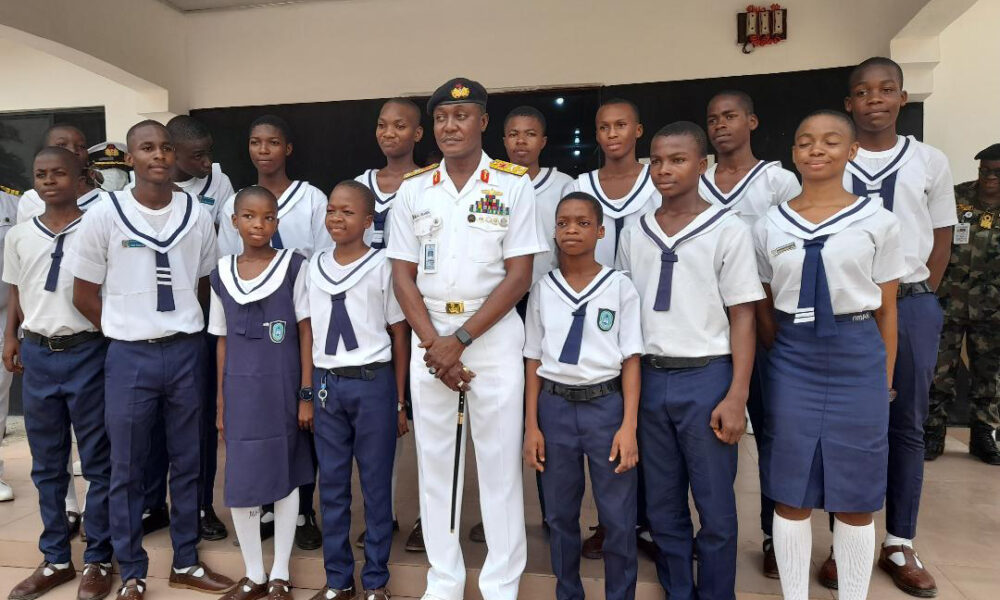 Why more young people are turning to the theater arts

Young people of this generation in Nigeria want to be popular and admired as stars and celebrities in their own right, like those in Hollywood and Nollywood.
It is therefore not surprising that so many young people are currently pursuing careers in the theater arts in universities across the country.
Miss Felicia Felix, a pioneering sophomore in theater arts at Rivers State University, said in an interview after a dance drama practice session at Amphiheartre University that apart from her resemblance to the course, she is driven by the celebrity status that comes with well-known artists.
She added that she ventured into Theartre Arts because she wanted to be admired and popular like actress Omotola Jalade, whom she described as her role model.
As a young person, theater arts would help to build self-confidence, create social awareness and solve societal problems, especially through the performance of dance plays.
Miss Felix, who is a group leader in her class, added that people know about theater arts with University of Port Harcourt but recently Rivers State University theater arts were all over the internet via bloggers, social media and the rest of them because of inducing our first graders who was a ‘show stopper’ in town, she said, ‘Theatrical arts in a way raise awareness of societal issues. We are practicing a dance drama about COVID-19 preventive measures. You know COVID-19 is always around the corner. We are educating people to follow preventative measures such as washing hands, wearing face masks, using hand sanitizers and avoiding crowded places. Other groups are working on black soot, drug addiction and food shortage in society”.
Mr. Godsdoing Chinemerem Okor, sophomore and president of Rivers State University Theater and Film Studies Students Association, said young minds like him want to be happy and express their emotions through singing and acting. Also, most young people want to be talked about and feel important like David Adedeji Adeleke (Davido), that’s why more young people are going into acting studies.
For him, Davido is his role model in the field of singing and Zubby Micheal, a Nollywood actor.
Okor also said that if Rivers State University. The theater department is new, the students are trying their best to make a name for themselves in the society.
For example, the induction recently was unique and caught the attention of most people in Nigeria: “We have used costumes, hairstyles and innovations that our contemporaries have not used before, which has made us allowed us to stand out.
“We had performed for the Governor of Rivers State on different occasions, at the Obi Wali Center we performed with acting students from the University of Port Harcourt and ours was exceptional in that the Governor requested a repetition. We had also performed at Government House, Ahoada for the 80th birthday of the Governor’s wife’s father, also at the Senate Building for the Vice Chancellor and several performances at the University Amphitheater,” he said. -he declares.
Miss Destiny Nwala also a second year student said that acting is like a moving trend in our society today because people want to relax after a day of work so all other disciplines like medicine , engineering, etc. always end up in the theatre.
She added that “most of our young people suffer from depression mainly because of family pressure. Many young people have a vocation to sing and act and theater is the solution. Also, most of us want to be trendy or be known in social media and acting is one of the money making fields in Nigeria now.
My role model is Destiny Etico because I like his acting style, that’s the “tough” part. Also, Mercy Chinwo, the gospel artist. I hope to release a gospel album like his in the future.
She added that the theater arts at Rivers State University are coming up with a unique standard. We had the privilege to attend the Arts Festival at Abia State University in Uturu last year 2021 for the first time. We went as observers because we weren’t allowed to play because we weren’t inducted due to COVID 19 issues in 2020 but before the festival was over we were asked to play for five to seven minutes and the audience was amazed and impressed. to our level of performance. We were asked to host this year’s festival, but we didn’t accept for financial reasons. I see a bright future for RSU theater and I may be stronger than UNIPORT in all aspects of theater if those behind us keep this momentum going.”
Theater arts in general help young people understand how to assess situations and think outside the box. It would help them to be more confident when facing unfamiliar situations.
It’s also a creative way to learn, allowing young people to see the world around them in new ways.
Theater is a collaboration of different actors and good for the combination of creative ideas and abilities of all participants to better express themselves in their individual roles. This requires all participants to engage in discussion, feedback, rehearsal and finally performance.
In addition, the participants’ elements of play, humor and laughter improve motivation and reduce stress on the mind. It helps to express emotions and encourages these young people to understand and deal with similar feelings they may be experiencing.

TWITCHING AND OTHER GAMES at the Wroclaw Mime Theater