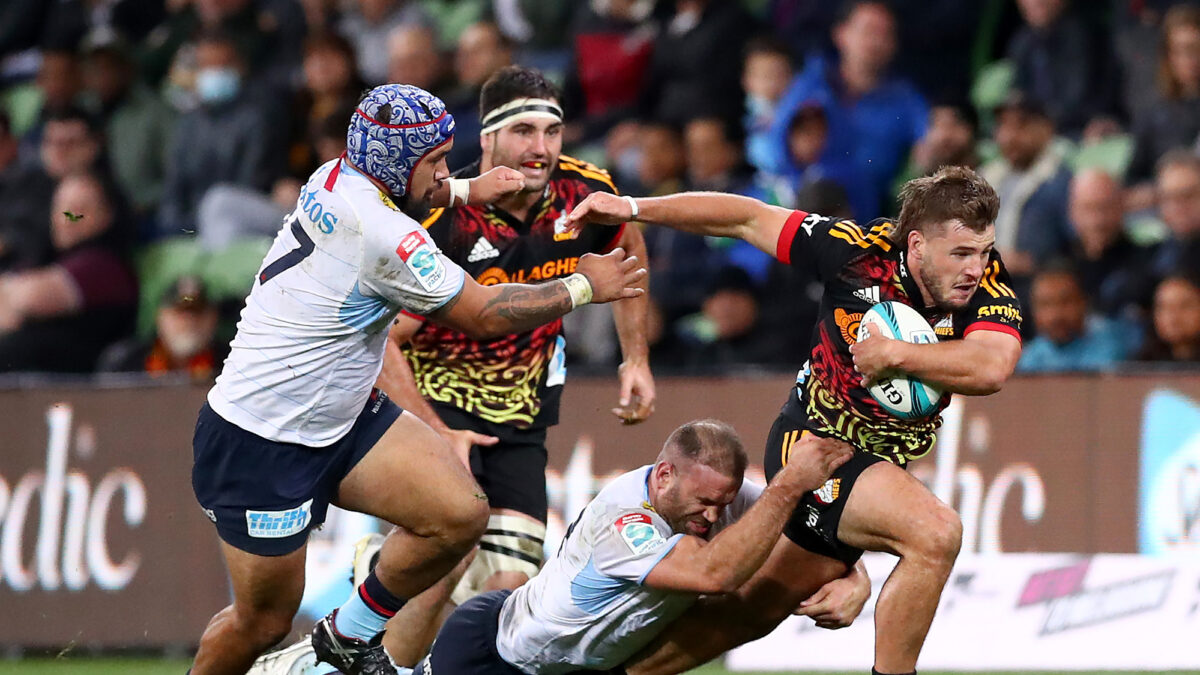 Will Super Rugby move on to the script or will the ‘what ifs’ mature?

I know eight out of 12 teams qualify for a final series, it’s not great, but the theater is worth its weight in gold.

How many games have been upset or nearly upset? The short answer is plentiful.

I only watched every game this week due to family commitments, but the results are interesting. Let’s go through them.

Crusaders against Reds
It wasn’t good for the Reds from the start. Yes, depth is an issue, but overall headspace is an issue.

It’s almost like the Waratahs of the previous three to four years.

They couldn’t win. The Reds should be the Browns so we can hate them more. Unfortunately, the Reds seem to have a mental block against New Zealand sides.

The roster is one of the best in the competition, but the game plan sucks.

Drua against chiefs
There was a point there. What is abundantly clear is that Drua in Fiji is a difficult task. Yes, it was good to rest the players, but let’s face it, New Zealand teams do it all the time against Australian teams.

The Drua will be a team in more than two years, if the Super Rugby Pacific continues.

There is a problem with South Africa wanting to come back (probably not), but the sight of a handful of games on the island of Fiji is something to embrace.

The Chiefs deserved the win, but watch this space when it comes to the Drua.

Moana Pasifika vs Brumbies
Well, if that doesn’t show what letting your guard down means, I don’t know what does.

Pasifika threw everything at them on offense and defended with an iron heart. It could go either way for the Brumbies next week.

Embrace the moment and achieve complacency or strive to do better.

If the weekend’s results have taught Australian teams anything, it’s that New Zealanders know how to win in tonight’s matches.

The Brumbies are our Obi-Wan Kenobi: “you are our only hope”.

Waratahs versus Blues
Of course, the Blues were down to 13 for a while and they couldn’t capitalize. The Blues also had key players absent.

The question certainly remains, should they have opted for three to test it gold? I think against New Zealand teams with two minutes remaining, it has to be no.

I have to say I was okay with that at the time, but the Blues seem to be in complete control of every game and the competition. They’ve been in losing situations more than any other team in the competition, but they keep finding a way.

Look for the Tahs next year and beyond, as well as the Drua. Maybe they can win a quarter-final too.

If they can, why not? Many NRL teams have played a final from the bottom of the table (and by many I mean two). But they can wreak havoc.

Force against hurricanes
Well, they had to win to make the eight. I’ve also called them pests all year and it would be tough to face them in the finals if you were drawn against them.

Unfortunately for the Force, their grand finale was raced and over.

Remember, they were out of competition two seasons ago and now they have a New Zealand scalp in the regular season.

Of course it hasn’t been a season, but from the perspective of our friends across the divide that we’re not competitive with five teams, I would say it’s time to say that a low and a stick are needed.

It’s been two years since COVID and they beat a good New Zealand team and nearly knocked out two others.

It’s a turning point for the Force, you’ll see.

Rebels versus Highlanders
It was clear the Highlanders would take a point against Australia’s lowest-ranked side, but it certainly shows why this competition needs time to breathe, and as much as I hate to say it, an eight-team finals series .

The top six win more than they lose. Bonus points for close games is something I’ve always been against, but it creates drama.

This is what the sport needs.

Now let’s move on to the “what ifs”. Let’s look at the eight.

Game 1: Crusaders vs. Reds
I don’t see it going any other way than the crusaders.

It’s not great to watch, because the Reds have incredible talent. Unfortunately, they lack heart.

They play on pure skill, and that’s admirable, but if you don’t believe you can win, you won’t. Yes, there are injuries, but the level is there to compete.

(Photo by Will Russell/Getty Images)

The desire to win across the gap just isn’t there.

Maybe he’s building for the future. I’m not a coach or a writer for that matter, but if you can smash Australian teams, you can do the same on a rectangular pitch across the pond.

Game 2: Waratahs vs. Chiefs
He’s a cracker, and yes, I’m biased towards my Tahs. But you may disagree. It could be upheaval.

I would find it hard to believe the Tahs could beat the Chiefs at home.

But the Tahs can beat anyone on their day this year. It’s a ‘what if’ moment and I actually think they’re going to win this one.

They enjoy their rugby and it helps that it’s love and not work.

Game 3: Blues vs. Highlanders
It was a try in the round robin. It will be an awesome game. The control of the Blues with some hazards of the Highlanders? Who knows.

What if? The Blues will probably win it. But it will be a trial and a while.

Game 4: Brumbies vs. Hurricanes
It’s my hard. The home teams should win.

My concern is that the style of the Brumbies is one-dimensional. The Hurricanes will take care of it. It is a given.

The difference is the mentality and the heart. The Brumbies will have this one. If they win, they can really challenge.

In terms of depth in Australian rugby, this year has shown a competition that has proven the work of five Australian teams.

All teams except the Reds beat New Zealand opposition. All teams delivered in 80% of matches.

The Force, Reds, Rebels, Brumbies and my Tahs have taken teams to gold or losses.

Someone wins and someone loses. The Super Rugby Pacific has been the best thing for Australian and New Zealand rugby and our island brothers.

Drua and Pasifika, we thank you. It is a competition for our region.

Theater Arts Camp focuses on Shakespeare, with a twist | Community